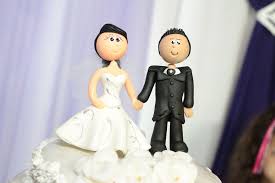 I have spent my entire life living at the intersection of the Christian and Jewish worlds. My Mom was an Orthodox Jewish convert, my father an Orthodox, later, Conservative Jew. But the day we buried him 50 years later, she said to me "I never felt accepted by his family." I did some investigating and asked around. It was true. They called her "Herman's naarishkeit--Herman's foolishness." My Mom. Poor Mom. Poor Herman. Real life.

It's now 92 years since they married. And looking back, it should be no surprise that I have spent my entire adult life helping Christians and Jews understand each other and live together in peace. I didn't plan things this way, but Divine Providence had a better idea.

Today 71 percent of non-Orthodox Jewish marriages are intermarriages. And consider this:

It is likely that almost all of these intermarried brides and grooms imagine, "We're not religious. We love each other. No problem," or variations on that theme. But everything changes when the pregnancy test comes back positive. At that point, both husband and wife must face that when they married, they joined two families, and behind those families, two traditions.  And all of a sudden, what Junior is going to be and how he is going to be raised, and all kinds of stuff like that becomes a matter for urgent care.

Saul of Tarsus supplied an answer to the dilemmas, fissures, and issues such couples and their families will face when he said of Yeshua, "He is our peace--He who has made Jews and Gentiles one, and in His own human nature has broken down the hostile dividing wall."

Now, let's get real here. The Jesus of church history has not been the harbinger of peace between Jew and Gentile, that is, Jews and Christians. But the problem is the Jesus of church history is not the Jesus Paul was talking about. He was talking about a more Jewish Jesus, who validates Jewish community structures, Jewish values, and Jewish custom while bringing both Jew and Gentile closer to God and closer to each other.

It's hard to believe, isn't it? Sounds naive. Sounds like a missionary pitch. I know. I know.

But what you may not know is how true it is. Once Yeshua is understood and known for who he truly is, everything changes for the better.

It will take a lot of explaining. That's one of the things we do best here at Interfaithfulness where we upgrade spirituality and relationship for Jews and Christians..

And June 6 we will be doing something that will make our help and resources available to all of you.

Don't you wish I would tell you what it is?

One comment on “You're Intermarried? Mazel Tov . . . and Oy”

Previous Post
« Shalom Talks - Coming to an Area Near You?