Wildcard Wednesdays: Repentance - It's Not What the Missionaries Told You 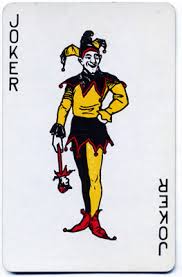 The most non-negotiable core of the prescribed prayers of the Jewish people is called the Amidah. During this set of nineteen blessings, one stands as a servant in the presence of his master, and as a subject in the presence of the King.  Indeed at the beginning of the prayer one steps forward, as if into the King's presence, and at the end, one takes leave of His presence by bowing in a rather elaborate manner. It is all quite beautiful and this body langauge reminds to "know before who you stand," as our tradition says it, to be conscious that one stands as a servant/subject in the presence of the King.

One of the nineteen benedictions of the Amidah touches on a lodestone, a magnetic center of my spiritual journey. Like anything magnetic, and even like planetary gravitation, it was only when I came into the orbit, into proximity with this prayer on a regular basis that it began to exert its pull on me: and now I am captivated. This prayer helps to describe the different orbit I find myself in now, as compared with earlier years of my life. It enshrines  for Jews who believe in Yeshua [Jesus] a set of asprirations which formerly did not attract and hold me, even as a Jew who believe in the Jesus at the time. There are many Jews who ignore this center, even who discount it, who are far from it and therefore do not feel its pull. But there it is--something holy and beautiful waiting for our engagement, ready to capture us with the gravitas of God.

There are three aspirations in this prayer, three requests, part of the pathway toward "the good life" for every Jew, Messianic Jews included. And briefly I want to share these with you. These aspiritations amplify what we mean by Jewish repentance.

"Bring us back our Father to your Torah." What a statement. The statement assumes that all of us Jews tend to wander away from Torah, from the mandated way of life given us at Sinai. Missionaries to the Jews are fond of quoting from Isaiah 53,  "all we like sheep have gone astray," but fail to note that the pathway from which we have strayed is the path of Torah. The tradition is so wise, knowing that even the best of us stray from the path God laid out before us, and for Jews, that path, collectively and personally is the path of Torah. And it is incontrovertible that if the measure of our sin and transgression is departure from the paths of Torah, then one cannot speak of Jewish return, another word for repentance, apart from a return to those paths.  The body of evidence for this is so massive, as this assumption is fundamental to what Scripture and tradition have to say. And in Scripture HaShem equates Jewish return to him and return to paths of Torah.  See for example, Nehemiah chapter nine:

“Nevertheless, they were disobedient and rebelled against you and cast your law behind their back and killed your prophets, who had warned them in order to turn them back to you, and they committed great blasphemies. Therefore you gave them into the hand of their enemies, who made them suffer. And in the time of their suffering they cried out to you and you heard them from heaven, and according to your great mercies you gave them saviors who saved them from the hand of their enemies. But after they had rest they did evil again before you, and you abandoned them to the hand of their enemies, so that they had dominion over them. Yet when they turned and cried to you, you heard from heaven, and many times you delivered them according to your mercies. And you warned them in order to turn them back to your law. Yet they acted presumptuously and did not obey your commandments, but sinned against your rules. . . . (Nehemiah 9:26-31 ESV)

This is excerpted from Nehemiah's long historically retrospective prayer of repentance. He speaks of the wanderings and returnings of the Jewish people. One can see clearly here that God turning Jews back to Himself and returning them back to Torah are synonomous. At its end,this Amidah blessing speaks of teshuvah sh'leimah,  perfect or complete repentance. Can we speak of complete Jewish return to God without a return to Torah faithfuness? No we cannot. This is why, in this blessing which is called Birkat Teshuvah, the Repentance Blessing, we ask God to bring us back to his Torah.  Jewish repentance apart from such a return is at best only partial.

This coming back to Torah is not just a personal aspiration, but rather an eschatological inevitablity. Repeatedly the consummation of all things is linked to an end of the age Jewish return to Torah. So when we pray for our own return to Torah, we are also underscoring our desire for the consummation of all things and the recognition that God wills to draw all Jews back to Torah, in which project we should be eager to play our part.

The second line of the blessing says "Bring us near our King to your service." This is again servant/subject of the King language where we ask that God accept us for another day as his servants. And to serve Hashem is of course again to walk in the paths of Torah which I term "the decorum or etiquette appropriate to Jews living as a Kingdom of Priests in the presence of their God."  If we indeed stand in the presence of the King, and more than that, draw near to Him in prayer, praise, and service, there will be stipulations as to how we ought best to conduct ourselves. He is the King of all Creation, the Judge of all reality before whom angels fall down in worship, and cherubim hide their faces. As one reads the Tanach, the Older Testament, one finds that the Priest, that cadre of Israelites who drew closest to the heavenly King, had a far more regulated life than the average Israelite. The closer you draw to the King, the more elaborate the rituals and stipulations concerning your conduct.

Many people speak of drawing near to God, of wanting to be close. But we would do well to remember that he is still a consuming fire, that Aslan is not a tame lion, and that with the privilege of proximity comes the obligation to conduct oneself within stipulated canons of respectful behavior.  Yet, despite the inconvieniences involved in ritual life, and matters of purity, who would choose to forego a close relationship with the Holy One?  Few.

Finally, and cause us to return in perfect repentance before you.  This request that God would cause us to return acknowledges our reluctance to do so, humanity's preference for autonomy even at the expense of intimacy with God. It is sad, but real. And so we ask God to cause us to return, we know we should, but we need his help to do so, as do all of our people. But notice that the aspiration is not ust for repentance, but for perfect repentance.  Only such repentance adequately acknowledges the greatness of the One from whom we have departed, and thus the magnitude of our folly and transgression. Realizing who He is and how far we fall short from honoring Him appropriately, we ask that God bring us to perfect repentance, not just some sort of "good enough" general acknowledgement of sins committed and promises broken.

Hear another parable. There was a master of a house who planted a vineyard and put a fence around it and dug a winepress in it and built a tower and leased it to tenants, and went into another country. When the season for fruit drew near, he sent his servants to the tenants to get his fruit. And the tenants took his servants and beat one, killed another, and stoned another. Again he sent other servants, more than the first. And they did the same to them. Finally he sent his son to them, saying, ‘They will respect my son.’ But when the tenants saw the son, they said to themselves, ‘This is the heir. Come, let us kill him and have his inheritance.’ And they took him and threw him out of the vineyard and killed him. When therefore the owner of the vineyard comes, what will he do to those tenants?” They said to him, “He will put those wretches to a miserable death and let out the vineyard to other tenants who will give him the fruits in their seasons. (Matthew 21:33-41 ESV)

Stephen, the first martyr of the fledgling group of Yeshua believers brings the themes of Torah disobedience and rejection of God's messengers forcefully together in his address the the crowd in Jerusalem. After listing a long litany of Israel's rejection of those sent to her as God's messengers, he says this:

You stiff-necked people, uncircumcised in heart and ears, you always resist the Holy Spirit. As your fathers did, so do you. Which of the prophets did your fathers not persecute? And they killed those who announced beforehand the coming of the Righteous One, whom you have now betrayed and murdered, you who received the law as delivered by angels and did not keep it. (Acts 7:51-53 ESV)

It is clear from Scripture from multitudes of texts that Jewish repentance has two components: repentance for rejecting God's messenger[s] and repentance for departure from the paths of Torah. In the first case, repentance means receiving God's messenger, culminating in Yeshua, the Sent One [Apostle] and High Priest of our Confession, and in the second case, it repentants involves returning to the paths of Torah from which one has departed.  Having either component without the other can at best be referred to as semi-repentance.

And our prayer ends with this, "Blessed are you HaShem, who desires repentance." God desires such repentance from his people--the quiestion is, will we give Him what he wants? If we love him the answer is clear.

But so many in the Messianic Jewish movement have been so alienated from Jewish life that they reflexively argue against the idea of returning to the paths of Torah. They are caught in another gravitational pull.

But that is a subject for another day.

2 comments on “Wildcard Wednesdays: Repentance - It's Not What the Missionaries Told You”

Previous Post
« Torah Tuesdays: Some Lessons on Leadership and Followership from Moses Our Mentor [Part I]

Next Post
FAQ/Q&A Fridays: Is the Law a Dead Issue? »