Some Reasons Why Advocating for Jewish Yeshua Faith is Often Condemned 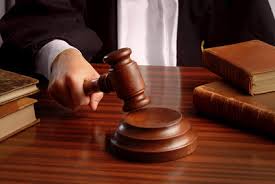 I am an enthusiast for Jewish people embracing the more Jewish Jesus (a.k.a. Yeshua) as Messiah. Most of the Jews I have known, family, friends, and the public at large, will find this to be a distasteful, or offensive, or even outrageous statement. I don't blame them, because the way the significance of Yeshua is usually framed is outrageous to Jews. Let's call this "The Usual Gospel," or "The Ultimate Non-Starter."

This blog post would transmute into a rather long article if I were to detail all the ins and outs of the whys and wherefores for Jewish offense at the gospel message as normally construed. I won't take up all that space and time.

Instead, let's just look at three reasons why the message of Yeshua for the Jews and the people who advocate for it are commonly vilified and stigmatized by Jewish people.  And again, I think they have a point.

The first reason one will be vilified for coming out as an enthusiast for Jewish Yeshua-faith  is that people will assume one is threatening them that all Jews are going to hell unless they agree to accept the message one is proclaiming. Can anyone blame Jews for being repelled by such an approach?  Yet, that is the way the message is often framed. Somehow the apostles of Yeshua never got the memo, because this is not the way they framed their message, nor is it the recorded motivation for their evangelistic efforts. Never once do they preach their message in a find-heaven avoid-hell fashion, nor do we read of them discussing among themselves that they must get out there with the message or all these people are going to hell instead of heaven when they die. Re-read the Book of Acts and tell me where you find that message and approach which, for bearers of "The Usual Gospel" is a non-negotiable, and a test of orthodoxy for all others who would claim to be Yeshua's servants.

It seems to me that the specter of hell should never be used as a handy rhetorical bullet point. The term "hell" refers to a condition of ultimate and, as far as we know, irreversible alienation and separation from God and from his ultimate community of joy. For anyone who pauses to seriously consider this, it is a most grave matter, in fact, the most grave matter, and not a handy tool useful to leverage one's salvation-sale

I think it more appropriate to be proclaimers of Good News and to leave matters of final judgment in the hands of God rather than in the hands of the avid religious advocate. Many will protest that the God in whose hands people find themselves is the God of Jonathan Edwards' famous sermon, "Sinners in the Hands of an Angry God."  Fine. If peddling that message intrigues your Jewish friends and family, then by all means, go for it. However, in the universe where I live, such construals earn contempt and at best, pity.

The second reason one will be vilified for coming out as an enthusiast for Jewish Yeshua-faith  is that people will assume one is saying that Judaism is a defunct and futile way of life, and that Jews would do better if they just got over it for the most part, beating a retreat from the oppressiveness of "the religion of the rabbis." And again, this is due to the back story of "The Usual Gospel." While it is true that many Jews have difficulty navigating the contours and demands of Jewish ritual life, this is far different from saying they'd like to turn their backs on it. Rather, most Jews will say, "I'm not religious like my grandfather was," while still admiring their grandfather for his faith. While many are happy to postulate a Yeshua-message which disparages that way of life, or marks it "expired" like a swollen carton of curdling milk, this abandonment leaves most Jewish people feeling uncomfortable. For many, although they do not live the way Zayde (Grandfather) lived, deep down,  they wish they did or at least could.

People inclined to distrust our advocacy for Yeshua-faith will respond differently if they discover that we consider the Jewish way of life as it has come down to us through the tradition to be holy, right, beautiful, worth embracing and passing down to future generations through one's children. We must remember that practicing Judaism was never a sin, therefore it is not something one is supposed to give up when one embraces Yeshua. Indeed, Paul makes it clear that he himself continued to practice the rigors of Pharasaic Judaism all his life, including the decades when he was Yeshua's Apostle to the Gentiles. (Read Acts 26:4-5 slowly).  So, although it is commonly assumed that the coming of Yeshua was meant to grease the skids for Jews to abandon Jewish life and community, and although many, acting in Yeshua's name, model and teach this abandonment, this is not intrinsic to the message of the Messiah, and indeed contradicts the More Jewish Jesus who has become invisible to many, and whose voice is drowned out both by amplified religious hucksters and misguided theological elites.

Finally, the third reason one will be vilified for being an enthusiast about Jewish Yeshua faith  is that people will assume one ignores or minimizes the tsunami of tragedy the Jewish people have experienced at the hands of Christendom. No one should deny that any messenger or message which ignores or minimizes these matters deserves to be condemned and repudiated not only by all Jews, but by all people of good will. But would this sordid history, written with a quill dipped in a mixture of tears, blood, and ashes, have ever occurred if the church had remembered, served, and communicated the gospel of the More Jewish Jesus?  No. But instead of presenting and serving him, in varying degrees the Jesus of history was a stranger in our midst, not our most faithful Friend.

No, the message of Yeshua is not supposed to be a message about a Jesus who is the Leader of the Opposition to Judaism, nor a message that "your religious heritage is past its expiration date, and you're going to hell if you disagree with me." Who would not reject such a message?

So why then should anyone advocate for Jewish Yeshua-faith? There are many reasons. But due to the restraints of space and attention span, I here suggest three, of which the third is most compelling for me personally.

First, I advocate for Jewish Yeshua-faith because I have found the Bible, both Testaments, to be true and spiritually catalytic. As a book junkie I can attest that the Bible is unique in its capacity to dynamically transform life, thought, and relationships. And against the broader picture that the Bible presents, Yeshua can be seen as the epitome of its values and message and the fulfillment of prophetic expectation.

Second, I advocate for Jewish Yeshua-faith because when rightly viewed, Yeshua is israel's ultimate Hero, the expeditor and harbinger of Israel's final destiny for which our people have prayed for thousands of years. Rightly understood, Yeshua is not just good news for the Jewish people: he is the best news. And of this news for Israel first, and also for the nations, I am not ashamed. Nor should I be.

Third, I advocate for Jewish Yeshua-faith because through a faith encounter with this Figure, on occasion, I have encountered and experienced God in ways that were and remain undeniable and transformational. We need to remember that even the icons of our faith, like Abraham, tell their stories as long journeys punctuated by occasional, usually far separatd remarkable and transformational divine-human encounters.  Am I comparing myself to Abraham?  Of course not. But am I suggesting that Yeshua came to bring us into the kind of immediacy and intimacy of relationship with God such as Abraham and the stumbling faithful of the Bible enjoyed?  Of course, yes! Through Yeshua, I have experienced something analogous. And so I speak. So should we all.

To deny my Yeshua-faith would be to ignore these encounters and their impact on my life. And that no sane person would ever do.

So that brings us to a problem, actually a question which all of us should might consider.

Is Yeshua-faith a growing phenomenon among American Jews? And if not, why not?

What do you say?

Your respectful comments are always welcome.

And to receive SIGNALS, our free and private e-letter exploring questions and answers where Jews and Christians intersect,  sign up here. The next issue comes to subscribers June 1.

Next Post
A Book About House Churches, Visionary in Some Ways, Short Sighted in Others »