When Jews Who Believe in Yeshua Become Anti-Judaism 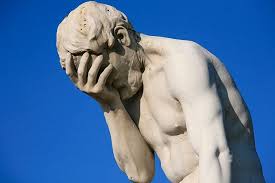 By now we are all more than familiar with the discussion about whether anti-Zionism and anti-Semitism may fairly be equated. I would say that in some cases, definitely yes. There are people who hate the Jewish State because it is the Jewish State. But that is not what I want to talk about today.

Instead, I want to, nay, must talk about anti-Rabbinism and anti-Judaism among people who should know better: Jews who love Yeshua.

Who cares, you might ask? Well, I care and here’s why. There are some videos available today in which Jews seeking to promote the good news of the Messiah, feel obliged to ridicule and dismiss “the rabbis and their religion.” For them, Yeshua and faith in Him is right, and the rabbis and living a halachic life is silly, unnecessary, spiritually worthless and ridiculous on the face of it.

This offends and angers me. You too?

Here is one way to understand why this is offensive. There are people who hate the Jewish State, but say “Some of my best friends are Jews, and I have nothing against the Jewish people.” But somehow, we Jews have serious issues with anyone who rabidly opposes the only Jewish State in the world while the states around Israel are a study in human rights abuses. Somehow the statement “I like Jews but I hate Zionists” belongs in the same category as “I like you Jim. You’re not like other black people.”

Similarly, claiming to love the Jewish people, while categorically dismissing and ridiculing their leadership cadre which for thousands of years has guarded, transmitted, and preserved Jewish culture and the Jewish people sets off my stench detector. In particular, I would remind these Jews who seek to promote Yeshua by ridiculing and denigrating the religion of the rabbis and the rabbis of the Jewish religion that it wasn’t the ministers or priests or their Christian religion, no matter how pure of doctrine, that sustained the Jewish people through 2000 years of pillage, exile, murder and death. In fact, last time I checked, they had a lot to do with all of that, but not on the prevention end of things. It was the rabbis and their religion that saved Jewish life and Jewish lives.

And no, neither Yeshua nor I myself imagine for a moment that the rabbis are always right, anymore than the ministers and priests are always wrong. Let's not be silly. God uses fallible instruments for his extraordinary work, and if that upsets you, then you certainly do have a problem.

You will say it was not the rabbis who saved Israel but God.  And I will say God used the rabbis and their religion to keep the Jews one people, trusting in the God who has, according to promise, brought us back to the Land and will someday fully vindicate his promises to us and our chosenness with Him.

If you can’t praise Yeshua without denigrating the rabbis and Judaism, then you have a different Yeshua than I do. You may keep yours, and I will keep mine, because mine applauds the rabbis and Judaism for keeping his people alive. Here at Interfaithfulness, we call him "a more Jewish Jesus."

We are convinced he walks even among these lampstands (see Rev. 1-2). .

Previous Post
« Exploring Three Dimensions of Faith Encounter, or, How Have You Grown as a Jew Lately?