What if? Exploring New Possibilities for Interfaith Relationships 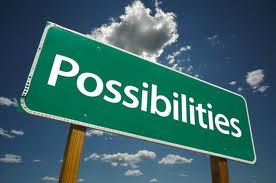 Here at Interfaithfulness we have a unique niche, outlined in our name. By taking that name apart, you can get a rough but accurate outline of who we are. Our name breaks down into three components:

Interfaith - We explore the synergy between Judaism and Christianity

Fulness -  We invite others to work today toward God's tomorrow, which Saul of Tarsus called the fulness of Israel and the fulness of the other nations. This is a differentiated fullness integrated through who Yeshua of Nazareth really is, as opposed to how he has long been regarded. And this is a time when the world will be filled with the knowledge of God and with Shalom--wholeness, wellness, fulfillment and joy.

We help all kinds of people interested in these things. We have some materials already available, and plans are afoot for much more.  We are looking toward opening our own center in the coming year or so, with God's help, but also we often go where the people are.

In this connection, in April I will be sharing a brief presentation for intermarried and interdating people at Beth Yeshua Messianic Congregation in Sacramento, California. For details, feel free to contact the congregational leader, Joshua Rubinstein at jawshrose@mac.com.   However, this material is applicable to all kinds of Jewish and Christian interfaith relationships. I have been working on an outline, still in process, but I thought I would share it with you here. I think it gives us something to chew on.

There will be three parts to my presentation

First, I will lead people in examining how Christians and Jews retain some negative default assumptions about each other’s religions, and will highlight bieflly how these assumptions bring discord into spousal, familial, and in-law relationships, especially when children enter the picture. Among those negative assumptions are the following:

A)  Christian negative assumptions about Jews and Judaism

1)   Judaism is a religion of ritual instead of relationship

5)   Because the Jews rejected Christ, they are no longer God’s chosen people

B)   Jewish negative assumptions about Christianity

2)   They believe a man was God, while Jews believe God has no body or semblance of a body

3)   Christianity is an intrinsically anti-Semitic religion

5)   Christians think that all Jews, and everyone else, is going to hell unless they believe what Christians believe

6)   Christians believe that what you believe is more crucial to your relationship with God than how you act – that it is not so important how you live, as long as you believe in Jesus so you can get your pie in the sky when you die bye and bye

Second, I will outline how reconfiguring how we view each other’s religions and reconsidering our assumptions about Yeshua of Nazareth creates a broader meeting place for all concerned, without anyone being expected to abandon loyalty to their community of origin.

A)  What if everything Yeshua and his emissaries believed and taught was totally within the norms of Jewish life and discussion at the time, including his Deity, his atoning death, and the idea of his resurrection?

B)   What if the New Testament doesn’t dictate that Judaism is simply a launch pad for God’s better idea, Christianity, but rather teaches that the same God who worked through Abraham for the sake of the Jewish people and for the nations of the world, is working through the message of Jesus for the nations of the world AND for the Jewish people, resulting in the end in his working mightily with the Jews toward the end of time for the benefit of all and everything?

C)  What if instead of nullifying Jewish life and ritual, the New Testament encourages Jews who believe in Jesus to continue living as Jews?

D)  What if Christians understood that one of the goals of the their Messiah is to bring Jewish people back to Torah life in the fulness of time?

E)  What if we started living as though we remembered what the Church has forgotten: that Jesus is not simply the Savior of the World: he is the Son of David, the executor and guarantor of all that God ever promised the Jewish people?

F)   What if we took the story of Joseph in the Bible as a portrait of the sad but ultimately triumphant and joyous relationship that has existed between the Jewish community and Yeshua, who, like Joseph, his Jewish brothers gave up for dead, but who, in the end will be proven to be alive and the source of ultimate benefit to them?

Third, we will explore how these new possibilities should not be construed as gimmicks or techniques for defusing tensions, but are rather breakthrough paradigms based on solid research questioning and overturning former perspectives.

A)  The point is that when we see Jesus in his Jewish context, we find Jewish life validated and not negated

2)   This way, the Jewish partner doesn’t have to feel in any manner that he or she needs to suppress his/her Jewish behaviors and customs for peace in a home where  he/she must respect and make room for the “otherness” of Christianity

B)   The point is that when we see Jesus in his Jewish context, the Christian partner can validate Jewishness and Judaism without feeling that he or she must sort-peddle or compromise fidelity to who Jesus is and what the Apostles taught

C) The point is that the Jewish partner can see that the message of Yeshua and the Apostles was not a goyish replacement for the faith of our ancestors, but a particular way of validating it?

D)  The point is that all of this has huge implications for helping Jewish and Christians in laws to not feel threatened by or disappointed with the path their child is on. It also requires of them a significant paradigm shift and a considerable process of doing the following:

1)   Bringing their own assumptions to the light. These assumptions are deep, often subconscious, firmly held but not always closely examined

2)   Evaluating the validity of invalidity of their assumptions through a new encounter with the biblical text, an openness to new discovery, and help from teachers and materials that deal with such matters

3)   Spending time with facilitators and friends who model this new paradigm, which is not either/or but both/and: The God of Israel validates the paths of righteousness pursued by the Jewish people, and those pursued by the Church, and Yeshua is BOTH the Lord of the Church AND the Son David, through whom the Jewish people will be brought to the fulfillment of their promised destiny

All of this interfaces with why Interfaithfulness exists:  To explore the synergy between Judaism and Christianity, partnership between Christians and Jews, and the relationship between God’s tomorrow and our today. We call both Christians and Jews to faithfulness to the God whom their traditions extol, and we help them get there in synergy, in partnership, and in service today to God’s tomorrow.

So this is upcoming presentation is a work in progress. I have about a month before I do this meeting. But meanwhile, what do you think?  Especially, answer this question:

Do you agree that Christians and Jews  retain some negative default assumptions about each other’s religions that impede their relationships with each other in general and specifically in spousal, familial and in-law contexts?

I anticipate your feedback 🙂

Previous Post
« Torah Tuesdays: Lessons for Living with Crisis and With the Passage of Time

Next Post
Reviewing "The Misunderstood Jew: The Church and the Scandal of the Jewish Jesus" by Amy-Jill Levine »