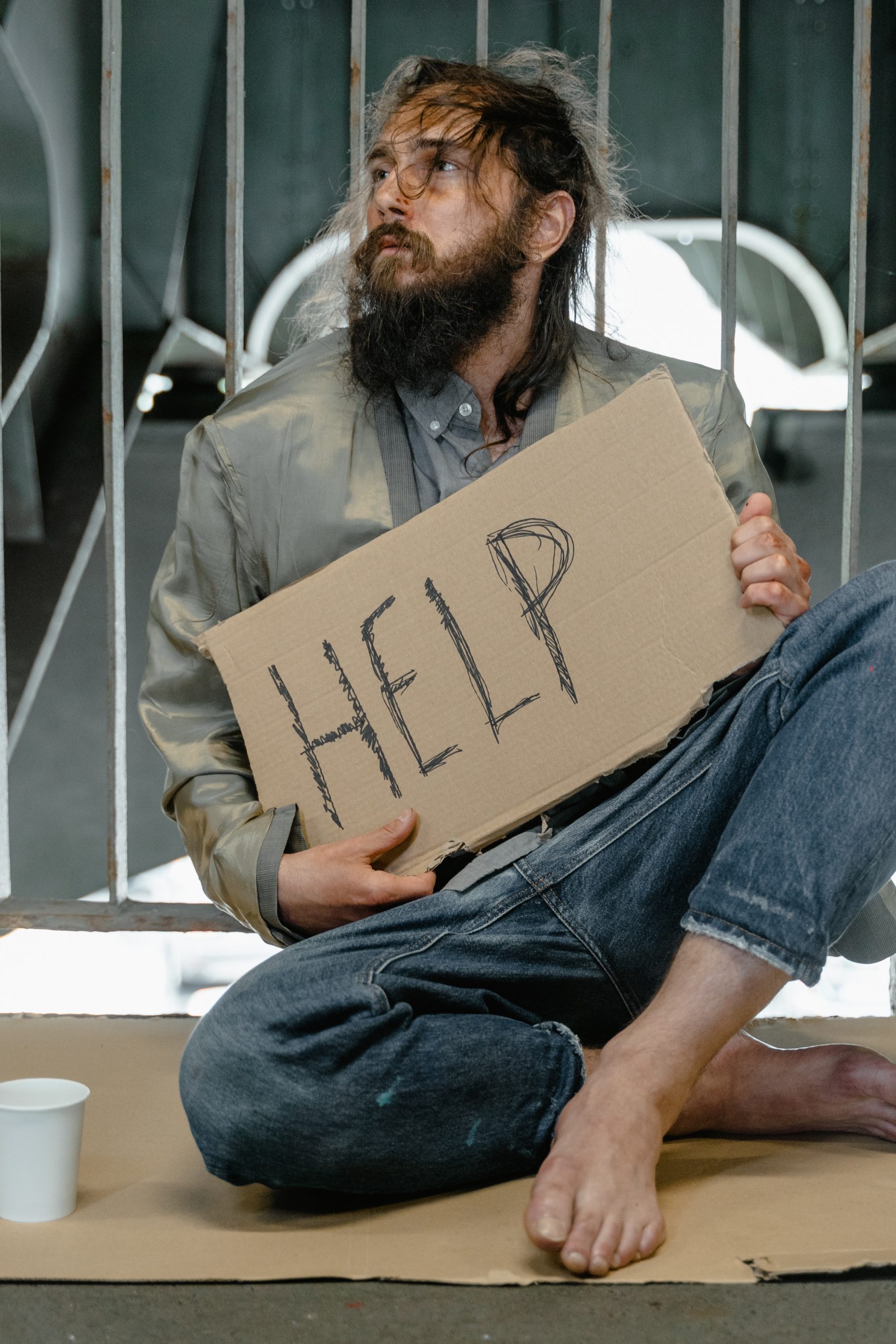 When we live out of a strong religious tradition, and we all should, we function as a counterculture in the midst of the world.

From our very beginnings, we Jews were called to be a counterculture, and Yeshua’s people were likewise called to be a counterculture, lights in the world contrasting with the world around us. But sadly, in many cases in our day, even people who call themselves “religious” are indistinguishable from the others around us. Or in too many cases, the way we are “different” is not at all attractive. We are weird, we are judgmental, we more often hot with anger rather than warm with love.

We must do better. And one of the ways we can do that is in the matter of generosity, a very biblical and Jewish issue. And something that can be expressed in tiny but unforgettable ways.

Here is an illustration, something that happened with me perhaps ten years ago. 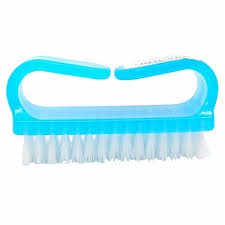 I was getting dressed in the locker room of Gold’s Gym in Pasadena, and a young man was over at the sink scrubbing his hands, trying to get his fingernails clean. I had just bought a new nail brush, and had not yet used it, so I brought it over to him. He had never seen such a thing, and started using it, delighted at how well it solved his problem. From then on whenever I saw him at the gym he looked at me with gratitude. All of this due to the simple gift of a nail brush.

You too will have stories of unexpected kindness where someone touched your life, or you touched theirs. Such moments are holy. They are times when the light of the image of God breaks through in the human condition.

One of the controversies in our day concerns our attitude toward the poor. In many societies,  the obligation to help the poor resides solely in the poor themselves and in their families. And, sad but true, there is a strong tradition of blaming the poor based on a bootstraps expectation. Some apply a Darwinesque mentality, believing in the survival of the fittest, with the poor dying off or, through eugenics, even kept from reproducing.

Yes, there are people who think that way, and there have been such people for a long time.

All of this is utterly contradicted by the Jewish tradition’s approach to dealing with poverty. The tradition of Jewish philanthropy is millennia old and miles deep.

An ancient tradition held, "Tzedakah (charity) was slumbering, and Abraham aroused it. How did he do it? He built an inn with openings in every direction, and he would receive wayfarers" (Shocher Tov 110). Judaism considers Abraham to be the first human exemplar of generosity, and as an exemplar, he is someone we should follow.

The Hebrew word for righteous giving is tzedakah. It derives from the Hebrew word tzedek, "justice." And performing deeds of justice is perhaps the most important obligation Judaism imposes on the Jew. "Tzedek, tzedek you shall pursue," the Torah instructs (Deuteronomy 16:20). Hundreds of years later, the Talmud taught: "Tzedaka is equal to all the other commandments combined" (Bava Bathra 9b).

The Torah legislated that Jews should give 10 percent of their earnings to the poor every third year (Deuteronomy 26:12), and an additional percentage of their income annually (Leviticus 19:9¬10).

Hundreds of years later, after the Temple was destroyed and the annual tithe levied upon each Jew for the support of the priests and Levites was suspended, the Talmud ordered that Jews were to give at least 10 percent of their annual net earnings to tzedakah. 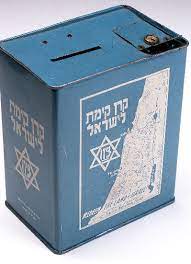 Tzedakah boxes, containers for money set aside for communal needs, have long been the norm in religious Jewish homes. A Hasidic friend of mine told me there was a tzedakah box in every room of her house, a constant reminder to remember the poor and to remember institutional needs like education and medical care when going about one’s daily business. When the boxes fill up, the money is delivered to appropriate agencies.

As I saw first-hand visiting my grandmother in Boro Park, Brooklyn, in traditional Jewish neighborhoods, often sh’lichim, agency representatives, would come by periodically to collect the monies that had been laid aside.

Paul the Apostle recommended a similar approach when writing to the Corinthians, “On the first day of the week let each one of you lay something aside, storing up as he may prosper, that there be no collections when I come” (2 Cor 16:2).

As our Torah text today reminds us, the God of Israel is a generous God, who requires of us that we be generous with others. There is no getting around this. However, the tradition is not stupid. For example, our tradition mandates that the average person  must not give away more than twenty percent of their income, lest they themselves become poor and in need of communal support. Smart tradition!

But how shall we be generous? In what way? There is more than one.

The first is giving of one’s substance, giving money or other items of value. I would remind us that in cases where the persons asking are known thieves, or habitually negligent, it is right to withhold giving. There are limits, but we must be very careful in how we apply them. Above all, we must avoid being grudging in our giving. God loves a cheerful giver, but miserly and resentful people irritate him. This is not a good idea.

But the first way to give is to give of your substance. And by the way, you are not allowed to grill a person to find out if they are truly needy. We are forbidden to humiliate the poor. We should give them the benefit of the doubt rather than risk embarrassing them.

The second way to give is to give of our own physical efforts. Helping others to move, for example. Helping to mow a lawn. Offering to shop for somone who is housebound. So many things we can do. A person does not need to be poor to need our help. They just need to be needy. Practicing tzedakah reminds us that we are connected to one another and must not be indifferent to the needs of others.

No man is an island,

Every man is a piece of the continent,

A part of the main.

If a clod be washed away by the sea,

Europe is the less,

As well as if a promontory were:

As well as if a manor of thy friend's

Or of thine own were.

Any man's death diminishes me,

Because I am involved in mankind.

And therefore never send to know for whom the bell tolls;

It tolls for thee.

A third arena of generosity is sharing wisdom, helping people who need the benefit of what you know. This might be life wisdom, advice for their job, advice in dealing with difficult situations of whatever kind  While this does not mean giving people unsolicited advice, which can be intrusive and annoying, it does mean being prepared to advise those who will appreciate one’s expertise and wisdom.

A Fourth Jewish Pathway of Tzedakah

We have named three areas of tzedakah: giving of our substance, of our strength, and of our wisdom. Judaism teaches that Abraham excelled in all three of these. He used his wealth to accommodate travelers, as with the three visitors who came to visit him by the oaks of Mamre.  He risked his physical safety to rescue his nephew, Lot, who had been kidnapped by marauding kings. And with his wisdom, he brought the knowledge of God to the pagan world.

But Judaism also extols a fourth way of giving, which costs little but makes many rich. And this is the most easily omitted yet the most precious of all. This fourth way is giving oneself in kindness toward others. It is not enough to give people money, or physical effort, or wisdom, or a nail brush. Give people your time, your respect, your attention, and therefore, their dignity.

For example, when you are in a restaurant and someone waits on you, ask them their name, and ask how they are doing today. I got waited on in a restaurant yesterday and never asked. This will not do. Each time we notice people, we tell them that they matter. And there is hardly any form of tzedakah that is more precious that that.

Let’s go on from this point noticing other people as human beings, inquiring of their welfare, offering a listening ear if they seem troubled. Giving of our time and of our attention makes many rich. And we are desperately impoverished by the indifference that increasingly overshadows our life and time.

We are suffering from a pandemic of indifference. The cure is for us to give of our substance, of our strength, of our counsel, and of our attention.

True spiritual health awaits us if we do these things. The alternative is a kind of spiritual death.

For a video version of this content visit https://www.youtube.com/watch?v=PhPQGEyNPWY