Truths our Fathers Told Us: Choose 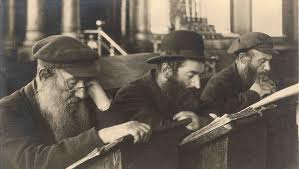 Rabbi Dr. Jonathan Sacks is one of the most impressive men of our era. His brilliance, powers of articulation, and scope of knowledge astound and delight me. On September 1, 2013 he resigned his position as Chief Rabbi of the United Hebrew Congregations of the Commonwealth, a position he held since September 1, 1991.

The author of 25 books, some of them award winning, all of them brilliant, Wikipedia tell us this about him:

At a Gala Dinner held in Central London in May 2013 to mark the completion of the Chief Rabbi's time in office, HRH The Prince of Wales called Sacks a "light unto this nation", "a steadfast friend" and "a valued adviser" whose "guidance on any given issue has never failed to be of practical value and deeply grounded in the kind of wisdom that is increasingly hard to come by". The Gala Dinner also featured video messages from current and past British Prime Ministers and Archbishops of Canterbury. Rt Hon David Cameron MP said: "over the past two decades you have been not just a leader for Jewish people but for all of us." Tony Blair described Sacks as "an intellectual giant... He is somebody who … has made an extraordinary, outstanding contribution, not just to British and International Jewry, but to British and International public life.". Gordon Brown asked "How do you sum up someone who is the greatest scholar you know, the greatest philosopher, the greatest writer you know, one of the greatest thinkers in the world?"

Sacks now wants to be free to have more far ranging global influence, and we should only wish him well.

But let’s talk a bit about him before he had accomplished these things, before he ever thought of being a rabbi, and was simply a philosophy student at Cambridge University, where he had encountered leaders from Chabad who encouraged him to seek a meeting with the Rebbe. The Rebbe conducted these such meetings, called a “yechidus,” meaning a private meeting with thousands of people from all around the world who came to him seeking counsel and direction. Sacks was visiting in America and surprisingly, in relatively short order managed to get an appointment. This required him to take a 72 hour bus ride from Los Angeles to New York in order to get there. Nowadays he could afford a jet, a private one. But this was long before all of that!

This is how he describes a transformational moment in that interview.

Now, I hadn’t come to become a Shliach [Chabad-Lubavitch emissary]. I’d come to ask a few simple questions, and all of a sudden he was challenging me. So I did the English thing. You know, the English can construct sentences like nobody else, you know? They can construct more complex excuses for doing nothing, than anyone else on earth.

That moment changed my life.

Here I was, a nobody from nowhere, and here was one of the greatest leaders in the Jewish world challenging me not to accept the situation, but to change it.

What a moment. And what a momentous insight. I have had occasion in recent days to share this insight with two young men came to me for advice. It is stunning counsel. As a mentor of mine said to me years ago, “Don’t let life happen to you.”

Such advice comes to us as a word of rebuke, as a word of reassurance, and as a word of challenge. First, it is a word of rebuke against what for many is a default posture of claiming incapacity to take decisive action. “Of course I can’t do a, b c, because after all, I am in an x, y, z situation.” Such people focus on the alleged limitations placed upon them by their life situation. These are people who are making excuses for not taking responsibility to wield their own lives in the service of a worthy cause. There are some people who go through life making excuses, while other make arrangments. Be the second kind and not the first.

To recognize that we get to choose our situation comes as a word of reassurance because nothing dispels malaise and depression like the awareness that we have choices. There are many choices that we forego in our lives because of a habit of capitulating to the will and wisdom of others. This is often a mistake. Years ago, I remember waking up one morning in the midst of a depression, and that morning as I got out bed and my feet hit the floor, this thought entered my mind: I get to choose today what I am going to do. If I want to go to a movie, that is what I will do. If I want to bang my head against the wall, that is what I will do. But I have a choice.” And as soon as I realized I have the freedom of choice, the depression subsided.

Finally, this word comes as a word of challenge, asking you and me about what choices we are making today about the direction, meaning, and investment of our precious time. It is time for you, for me, for all of us to stop focusing on the alleged limitations of our circumstances, to stop making excuses and to start making arrangements. It is time to accept the awesome and intimidating mantle of making choices about how we are to invest our lives. Will we live for our own pleasure, for our own satisfaction, will we live to honor some obsessive preoccupation, or will we live to make someone else, perhaps our parents, happy? I am reminded of a friend whose father was the only son of a poor immigrant tailor. The son of the tailor went to medical school and became a doctor because that is what his father valued, even though he himself wanted instead to be an artist. So he became a doctor, serving for half a century . . . and hated every minute of it.

Don’t let life happen to you. And don’t live your life as the effect of other people’s choices. Don’t make excuses. Make arrangments. Take some action, however small, now, in the direction of taking ownership and responsibility for your life.

Or as Moses told the people of Israel long ago, and Torah tells each of us now,

I have set before you life and death, blessing and curse. Therefore choose life, that you and your offspring may live, loving the LORD your God, obeying his voice and holding fast to him, for he is your life and length of days (Deuteronomy 30:19-20 ESV)

Next Post
Preventing the Failure of the Messianic Jewish Movement: It’s Not the Gentiles’ Fault »