Trash Talk Is Garbage: What To Do About It (Part II) 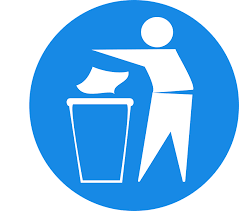 For Jews, the general term for wicked speech is Lashon Hora (literally, "evil tongue)." And as I said before, the Jewish tradition has researched this matter more deeply than any other culture. We have much to learn!

What is Lashon Hora?

Lashon Hora, is a term used broadly in Jewish life to indicate derogatory speech.  Besides it's use as a general term, lashon hora is used more narrowly of a particular kind of proscribed speech, that is, making true comments that portray someone in a negative light. I am reminded of the saying popular years ago that we should only say what was “true, necessary, and kind.”  Good words. Let’s see how Jewish life unpacks this concept.

Here are some examples of lashon hora, making true comments that portray someone in a negative light.

All of the foregoing are lashon hora, true comments that portray someone negatively.

A moment’s consideration reminds us how rampant such talk is in our day. As a test of its pervasive nature, try and go one week without saying something negative about someone and without passively allowing that kind of speech in your presence. You will be amazed, embarrassed, and chastened. Most of us are addicted to this habit of speaking, and we are unaware of how addicted we are. From the vantage point of the Bible, that’s not good.

In contrast to lashon hora which involves true comments, motzi shem ra involves false comments that portray someone negatively.  Here are some such statements:

Such statements where the assessment of another is negative but without an irrefutable basis in fact and necessity in transmission are all examples of motzi shem ra.

Jewish speech ethics goes even deeper, and there is no doubt that all of us will find outselves nailed in the process. Consider this next,  example, rechilut.

Rechilut is the name given to statements that sow discord between people or cause people to think badly of others. This is gossip or tale-bearing. Once you become sensitized to this, you will see that it is rampant in our day, and common in and around your life.

The term is derived from the root Torah text upon which all Jewish discussion of speech ethics is based, Vayikra/Leviticus 19:16 which says:.

“Do not go around spreading slander among your people, but also don't stand idly by when your neighbor's life is at stake; I am ADONAI.”

“Spreading slander” is an interpretive translation of the Hebrew “teleich rachil.” Teleich is the 3rd Person Masculine Imperfect for “to go” or, as here, “to go about.” And what should we not go about doing? We should not go about as a “rachil.” The term is used six times in the Tanach: once in the Torah, twice in Proverbs, twice in Jeremiah, and once in Ezekiel.  Looking at these references and how they are translated will help us get a feel for the meaning of the term rachil:

Looking at these six references, we can see that a rachil (tale-bearer) is someone who likes to share “the dirt.” Rechilut—being a rachil—therefore refers to people who exalt their own social standing by lowering the status others. A rachil is a “put down artist.” Sadly, most of us probably know or have known someone who does this. But all of us can fall into this trap. Here is what it looks like.  .

Believe it or not, with these details we have barely touched the fringes of what Jewish thought has to say about lashon hora. There are more terms and more gradations of the subject, and extensive discussion about extenuating circumstances when it is permitted to seek and to speak negative information about someone, and the limits placed even on that practice[1]. But so as to not overwhelm us let’s settle for the three terms we have so far considered. To review, we have identified :

Lashon hora – Reporting something true but negative about someone.

Motzi shem ra—Reporting something false but negative about someone

Rechilut – Undermining someone’s social standing with others and elevating your own through what you report about the person..

I think we will all agree that the words of the movie Apollo 13 apply here:  “Houston, we have a problem.”

We have one more installment in this series of blogs. It will come later this week and will provide some concrete suggestions for "taking out the garbage," that is, the trash talk in our lives.

[1] For a taste of the breadth of discussion on these matters, visit http://halachipedia.com/index.php?title=Lashon_Hara  And there are MANY other sources as well!

Previous Post
« Trash Talk is Garbage: What To Do About It (Part I)