These Three Things Belong Together 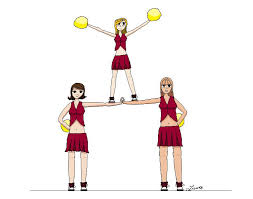 "If you don't stand for something, you'll fall for anything." Truer words were never spoken.

So what do you stand for?

Somehow my pathway with God has led me to stand for three things that most people say can't or even shouldn't go together. I disagree. And since life is too short to postpone telling others what one stands for, here I go.

I call these three essentials "the three-stranded cord," three core elements not meant to be separated but which synergistically strengthen each other. While there are some who would deny that all three strands belong together, I disagree. And this is what I stand for.

Helping Jews and Intermarrieds in Particular With     The Three Stranded Cord

At Interfaithfulness we help Jewish and intermarried homes integrate these things by sending out a weekly discussion sheet, Shulchan Shelanu  "Our Table") meant to be used around the shabbat table. If yours is a Jewish or Intermarried household, write us at info@interfaithfulness.org and title your communication "Table" and we will put you on the list to receive Shulchan Shelanu every week by email.

We are currently considering launching exciting discussion gatherings in the Los Angeles area for people interested in how to productively navigate the boundary and space between the Christian and Jewish worlds.  There are plenty of hot and important issues that arise in such a discussion. But if everyone listens as they like to listened to and speaks as they like to be spoken to it should be more than fun. These meetings are for the intelligently interested rather than the religiously fixated. This is not where you come to preach your message, but where you come to hear what others think because it just might help you think better yourself.And in the process you also get to work out and speak forth your own views, without seeking to trump someone else.

These meetings are Shalom Talks: Conversations for Change, related to my former radio show. And by the way: these will not be lectures. There will be a brief teaching, but this is to lay the groundwork for your own discovery and interaction. The floor will be opened for guided discussion, and that is the main point.

If you think you learn as much or more by discussing as you do by just listening, and if you want a context to work things out, then this is for you.

Plans are to hold these in neutral spaces like restaurant or coffee shop meeting rooms, and in synagogues or churches which welcome this kind of interaction (not enough do!) Attendance will be limited because having too many people makes full participation by all impossible.

If you live in the greater Los Angeles Area and you want to know more, write me at stuart@interfaithfulness.org and title your communication SHALOM TALKS. This will help us decide in what areas to begin these adventures, and whether there is enough interest for us to start now, or to wait until things ripen a bit more. Without sufficient interest, the project won't be attempted right now. So let us know if you are interested and what area you live. And again, write me at stuart@interfaithfulness.or

Then let's change the world.

Next Post
Shalom Talks - Coming to an Area Near You? »