The Torah's Goalkeeper: Seven Holes in an Argument Against Tradition 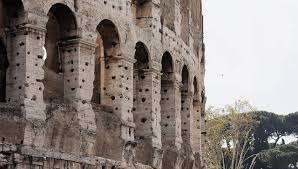 I have recently been going point by point, critiquing a position espoused by a crew of talented people from Israel College of the Bible, in a project called One For Israel, and expressed in their e-book, The Torah's Goal (TTG). I have chosen the name "The Torah's Goalkeeper" for this series of responses, because I hold that Yeshua is the Goalkeeper, who would seek to prevent people from scoring points against traditional Jewish living, something which the authors of TTG oppose.

In this blog post, I name seven holes I find in their argument against Jewish tradition, and against the proposition that Jews who believe in Yeshua should live covenantal Jewish lives in conformity to the commonly accepted patterns of Jewish practice.

If Yeshua wanted us to follow the rabbis (Pharisees and scribes) He never mentions it anywhere else in the Gospels (besides Matthew 23:2-3); neither do the apostles teach us to follow the rabbis. Yeshua demonstrates in His own life the exact opposite.  He did not wash His hands according to the tradition of the Second Temple Period (Matt 15:1-9). Elswhere He clearly states: 'You have a fine way of rejecting the commandment of God in order to establish your tradition!' (Mark 7:9). The idea that God despises man-made traditions as a means to gain his favor is not new “ (Loc 798,  referencing Isa 29:13-14).

I find six holes in the argument against human religious tradition as offered by the authors of TTG. I will explain these below.

The first hole in their argument against human traditions

Rather than ably refuting the teaching of Matthew 23:2-3, 23 where Yeshua upholds Jewish community structures, Jewish values, and Jewish customs (traditions), they simply tell us to ignore that argument, saying, "It is not wise to build a comprehensive and wide-reaching theology over a single verse taken out of context. At this point Yeshua is speaking before the New Covenant is made."  I refer you to my previous blog which explores the context of this passage, which is NOT a single verse taken out of context, but three verses in Matthew 23 considered within the context of their chapter and the wider context of the Bible, especially relating to Deuteronomy 17. Read here.

The second hole in their argument against human traditions

While they argue that the apostles did not teach us follow the traditions of the rabbis, on the contrary, apostles indeed DO teach us to follow the halacha of the rabbis because they themselves do so, avidly. They teach us to do so by strong and explicit example. I treated this matter in two other blog posts, which I suggest reading.There I show how Peter, Paul, and James, together with multiple thousands of Jews in the Jerusalem congregation, make it clear by example that they adhere to rabbinic halacha. See here and here.

The third hole in their argument against human traditions

Yeshua does not "demonstrate in His own life the exact opposite." While it is true he has disputes with the scribes and Pharisees on a number of issues, this is typical discourse among Jewish teachers. The Babylonian Talmud, in English translation about 13,000 pages, is cover to cover a record of disputes among Jewish leaders about the right ways to keep the God's holy laws. Yeshua's disputes and differences must be seen entirely within Jewish space. He is no more rejecting rabbinic Judaism than the rabbis of the Talmud were doing so.

The fourth hole in their argument against human traditions

As for Yeshua speaking before the New Covenant was made, this is another hole. As I have demonstrated elswhere, Paul, Peter, James, and the Jews in their communities, decades after the resurrection, are still living within standard Jewish life, rabbinic Jewish life. Peter can say to Yeshua, "I have never eaten anything common or unclean," Paul toward the end of his life can say to the elders in Rome, that "I had done nothing against our people or the customs of our fathers." That is quite a global statement is it not. The resurrected Messiah himself, when eating with two disciples after a walk on the road to Emmaus, pronounces a b'rakhah over the bread at the beginning of the meal, a VERY rabbinic thing to do. No, this objection by the people at TTG is a BIG hole.

The fifth hole in their argument against human traditions

They err in the depth they give to this statement of Yeshua's:  'You have a fine way of rejecting the commandment of God in order to establish your tradition!' This is absolutely true, as far as it goes, but they would make this go further than Yeshua does. It is not that traditions are categorically pernicious, it is using traditions to bypass the commandments of God that is pernicious. There are three kinds of traditions, two of which Yeshua upholds, and only one of which he attacks. There are neutral traditions, that neither confirm nor deny something taught in Scripture. For example the times when one eats one's meals, whether one eats with one's hands or uses implements, etc. Neither Yeshua nor Scripture care about these things, they are matters of indifference. Then there are traditions that uphold what Scripture teaches. For example, the Jewish tradition of praying standing, what we term the Amidah. Yeshua refers to this both in the parable of the Publican and the Pharisee, and also in his instruction to his disciples, "when you stand praying, forgive"  (Mark 11: He upholds this Jewish tradition. He says in Matthew 23:23 that we ought not to neglect even miniscule traditions like tithing mint, dill, and cumin. These are good traditions, The ONLY traditions he disallows are those which make void the commandments of God through the traditions that we hand down. Only these traditions which contradict and nullify God's commandments are disallowed.

I will agree however, that God despises people using traditions, or commandment-keeping for that matter, as a means of obligating God, of leveraging him. To think and act this way is to forget and insult Whom we are dealing with.

The sixth hole in their argument against human traditions

The writers of TTG paint with a much broader brush, teaching us that human traditions are categorically bad, misleading, worthless, and to be avoided. This is simply untrue.

Furthermore, we would suggest there is a conceptual problem in the claim that Yeshua commands us to obey the traditions as a way of life. Yeshua spoke with razor-sharp precision: “That which is born of the flesh is flesh, and that which is born of the Spirit is spirit . . . . It is the Spirit who gives life; the flesh [human acts or traditions] is no help at all” (John 3:6; 6:63). If we are going to worship and serve God in the Spirit, we cannot be reconciled to, or please God through, man-made traditions. For “God is Spirit, and those who worship him must worship in spirit and truth” (John 4:24).

I don’t know where they got this definition of “the flesh,” but it is new to me. Further, it is irrelevant. We cannot obey God except through human acts, because human acts are all we are capable of. True, we want to respond to the Spirit, but the chief way we respond is by obeying the Word which the Spirit inspired. And obeying the Word involves human acts. As for traditions, again, these are inevitable, and categorically neutral unless they are misused. We might term traditions “communal habits sanctioned by time and/or authority” the way the community has learned to behave under certain conditions and in certain situations. Meeting at 10:30 in the morning for a service is a human tradition. Although the Bible says “do not forsake the assembling of yourselves together as the manner of some is,” nothing in the Bible says that we should meet together at 10:30, or at 11:00, or at 10:00 or whatever. Is that human tradition an evil? Is it against the Spirit? Is it unspiritual and fleshly? No. Suppose someone showed up at the service an hour after everyone else, and sometimes later than that, and offered as an excuse, “I don’t follow the traditions of men.” Would the people at One for Israel, the authors of TTG,  find this spiritual? Or would it be strange?

Oral Torah is the record of a community’s discussion of what obedience to God should look like, and a record, in anecdote and teaching, of how that community has discussed and outlined its habits of life under the commandments of God.  It is a discussion of communal norms. One may differ with these discussions and traditions, and at times I do as do almost everyone else, and one may consider some of the common justifications for rabbinic authority far-fetched and legendary, and I do.  But to dismiss human acts and traditions as categorically “of no help at all” is strange. The authors of TTG are thinking like Plato and not like Bible. They are imagining a spiritual realm that does not touch ground and is untouched by human hands. This is not Judaism. This is not Bible. This is not reality.

The seventh hole in their argument against human traditions

I will close with a statement by G.K. Chesterton, where he exposes the seventh hole in the defeated enterprise of the authors of TTG.

2 comments on “The Torah's Goalkeeper: Seven Holes in an Argument Against Tradition”

Previous Post
« Being a Nominal Yeshua Believer: What It Means and What it Costs

Next Post
A Time To Repent: Choosing Change By Choosing Your Words »