The Ruach/Spirit Who Bridges Us to God - Introduction (Part One) 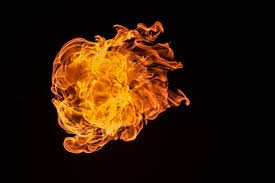 Here at Interfaithfulness, our  mission statement is, "Building bridges where history builds walls," walls between people, especially between Jews and Christians, and between both and the God of Israel. We help people recognize and repudiate those walls that impair their relationships with each other and with God, and to discover the newness for all offered through The More Jewish Jesus.

Recently, one of our Red Door Diaries, a video which you can find on our webpage or Facebook page, treated five ways the Ruach, the Spirit of God, builds spiritual bridges for us to cross. This current blog gives some background not covered in that video. It speaks of the essential and astounding nature of the Lifee in the Spirit made possible through the More Jewish Jesus. It will be followed by another similar post later this week.

All of this is from rough drafts of material that will appear in a book to be released later this year, a book especially for Jews meeting The more Jewish Jesus for the first time. And no, you cannot know more about the book just yet. although you can pray for it's completion!

“The Last Supper,” while it was Yeshua’s last meal with his disciples prior to his horrifying crucifixion, was, in another sense, surely not the Last Supper, because it pointed forward to the Great God Feast that awaits us at the end of all things. Yeshua reminds us this is so when he says

15 "I have really wanted so much to celebrate this Seder with you before I die! 16 For I tell you, it is certain that I will not celebrate it again until it is given its full meaning in the Kingdom of God." 17 Then, taking a cup of wine, he made the b'rakhah and said, "Take this and share it among yourselves. 18 For I tell you that from now on, I will not drink the `fruit of the vine' until the Kingdom of God comes." (Luke 22:15-18, CJB)

The Last Supper  was the occasion of  “The Upper Room Discourse,” a final briefing Yeshua gives to his disciples prior to his departure, preparing them—and us—for the life we should be living  as we await his return and that feast prepared for the redeemed.  Much of what he says in this discourse involves our union with Yeshua himself and with the Ruach, the Holy Spirit.  This is something deeply experiential which we often miss when we think of matters of faith as mere bullet points and propositions!  But it is much more than that!

Still, most people who call themselves Yeshua-believers have little to say about our unity with Yeshua himself and with his Ruach. Some people tend to think of these as simple theological factoids,  “of course assumptions,” ideas toward which one nods with respectable assent. But if only because these are part of Yeshua’s final discourse to his disciples, what he wanted to be sure to discuss before he left them, I think you will agree they deserve more attention than most people think to give.

Yeshua’s teaching about union with Himself and the Holy Spirit is vital information, and vital is really the perfect word for it, because since the 14th century, the term connotes  "of or manifesting life," from Latin vitalis "of or belonging to life." And this teaching about union with Yeshua and with the Ruach HaKodesh is indeed life-giving and life-sustaining information. And just as the Upper Room Discourse was information for a time of transition (when the disciples would transition from having Yeshua with them to his being gone from them—a BIG transition), so we are living in a time of transition ourselves, between this age and the age to come (See Ephesians 1:21). In fact, in our tricky times, the Age to Come has invaded this age and we are living in a kind of overlap.

Luke says it this way:  The times of the Gentiles are being fulfilled, when Jerusalem is no longer trodden down by the Gentiles, and Paul says it this way, that the fullness of the Gentiles is beginning to give way to the fullness of Israel. But perhaps above all, we need to grasp that as the age to come has broken through into this present agewe are therefore already living in the age of the Spirit. The writer of the Letter to the Hebrews says that that we have already experienced the powers of the age to come (Hebrews 6:5), and Paul says we are those “upon whom the end of the ages has come” (1 Cor 10:11).  And of course, on the Day of Pentecost, Peter conclusively labeled the time in which we are living, between the resurrection and ascension of our Messiah and his triumphant return, the Age of the Spirit.

This is what is known as “inaugurated eschatology.” The great biblical theologian George Eldon Ladd taught us to reframe our thinking, so that we would see that we are living our lives between the already and the not yet.  We are already experiencing the Age of the Spirit, the first fruits of the Age to Come, even though it is not yet here in its fullness.

Through this concatenation of events wrapped up in Yeshua's work and his sending forth of the Spirit,  God’s entire agenda for Israel and the nations has gone into hyper-drive, or to change the metaphor, it has taken a quantum leap. On that very special Shavuot, known as the Day of Pentecost, when the Spirit came with power, Peter spoke of Yeshua this way: “ . .he has been exalted to the right hand of God; has received from the Father what he promised, namely, the Ruach HaKodesh; and has poured out this gift, which you are both seeing and hearing” (Acts 2:33). And yes, we should all have goose pimples.

The resurrection and ascension of Messiah is like D-Day, June 6, 1944. When that happened, the eventual vanquishing of the Nazi beast was assured. The war was over that day, although it wasn’t finished until May 8, 1945, V-Day. That’s when victory in Europe was declared. And in Yeshua’s great battle with the forces of darkness in this present evil age, we are living between D-Day and V Day. The resurrection, ascension, pouring out of the Spirit is D-Day. The defeat of the Devil, sin, and death is assured. But as with WWII, what remains is a mopping up operation. V-Day won’t arrive until Yeshua returns. We live between the already and the not yet, meanwhile supplied by God with the resources of the Spirit. The coming of the Spirit is detectable. It is not just a doctrine but an experienced reality—“you now see and hear”  (Acts 2:33).

The operational presence of the Spirit is chiefly evident in prophetic speech: weighty words, tongues, and empowered gospel proclamation, where the invitation to attend God's end-time feast goes out with great power and impact. Paul speaks of this experiential impact of the gospel’s proclamation in First Thessalonians, where he says,

The Good News we brought did not become for you a matter only of words, but also one of power, the Ruach HaKodesh and total conviction — just as you know how we lived for your sakes when we were with you. You, indeed, became imitators of us and of the Lord; so that even though you were going through severe troubles, you received the Word with joy from the Ruach HaKodesh (1 Thess 1:4-5, CJB).

Power, the Holy Spirit, total conviction, a transformed sacrificial manner of life, imitation of the Apostle and the Messiah in how they handled “severe troubles,” nevertheless, receiving the Word with joy from the Holy Spirit. This is big stuff. Evidential stuff. Already and not yet stuff.

It is crucial that we expand our imaginations concerning these realities and deepen our hunger for them. Rather than being things we take for granted, our engagement with the Spirit and the Spirit’s engagement with us need to be matters we hunger for, look for, and drink from deeply.  And this is not some fringe preoccupation for some alleged spiritual elite: this is the way it’s supposed to be for all of us, or as Peter said, "for you and your children, and for all who are far off, even as many as the Lord our God shall call."

And all God's people said, "Yowza."

YOU'RE LIVING BETWEEN THE ALREADY AND THE NOT YET 🙂

Previous Post
« Proposal: That We Declare a Moratorium on Adversarial Evangelism: The Columbo Method

Next Post
God's Limitless Spirit, and Our Limited Expectations »