The Risen Messiah and Israel's Return to Torah 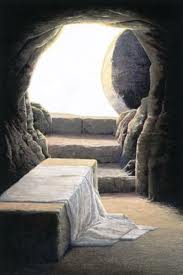 One day early in the history of the Yeshua movement in Jerusalem, some of his sh'lichim [apostles] got in trouble with the authorities in the Temple area and were brought before the Sanhedrin.  Here is part of what happened on that occasion:

And when they had brought them, they set them before the council. And the high priest questioned them,  saying, “We strictly charged you not to teach in this name, yet here you have filled Jerusalem with your teaching, and you intend to bring this man's blood upon us.”  But Peter and the apostles answered, “We must obey God rather than men.  The God of our fathers raised Yeshua, whom you killed by hanging him on a tree.  God exalted him at his right hand as Leader and Savior, to give repentance to Israel and forgiveness of sins.  And we are witnesses to these things, and so is the Holy Spirit, whom God has given to those who obey him.”

In view of our recent discussion it is interesting to note this consistent biblical theme, how God's people reject the messengers sent to them, and also the theme of obedience, to which we have been referring.  But what is of special note is this statement about Yeshua: "God exalted him at his right hand as Leader and Savior, to give repentance to Israel and forgiveness of sins."

In part the answer you give to this question will be based on your presuppositions and your theological conditioning. Many people will reflexively say, “to repent for not  having received him when he first came.”  But is this answer satisfactory? I am afraid the answer must be, “Not at all!”  That is, not if you want to be consistent and logical! Why am I saying that this reflexive answer is inadequate?

Yeshua says of himself, “The Son of man has come to give himself as a ransom for many.” The angel who spoke with Miriam his mother told her to give him the name Yeshua, because he will save his people from their sins. Obviously, Yeshua came as the sin bearer and it is strange at best to imagine that he came for one particular sin, that is, that since after he came, “his own received him not,” he came to atone for that particular sin.  He must have come for a broader sin problem than that!

Saying that the sin[s] for which Yeshua was exalted for to bring Israel to repentance and forgiveness was/were the sin[s] of not accepting Him when he first came is also inadequate when considered against the broader background of scripture. Is the Messiah connected in any manner with dealing with sin more broadly considered, and is the repentance with which He is connected specifically identified anywhere? The answer is “Yes.”

I like to quote from Isaiah and from Ezekiel in responding to this question. In Isaiah 53 we read:

“But he was pierced for our transgressions;

he was crushed for our iniquities;

upon him was the chastisement that brought us peace,

and with his wounds we are healed.

we have turned—every one—to his own way;

and the Lord has laid on him

the iniquity of us all.”

The Messiah is our sin-bearer, and it is a form of crazy circular reasoning to imagine that the sin which he bears on our behalf is our failure to receive him. While we shall see that this is part of Israel’s sin, it is NOT the aspect of Israel’s sin that is in focus here.

The entire Book of Ezekiel chronicles how Israel fell away from life with God through rejection of his commandments.  In this, I like to quote from biblical scholar Preston Sprinkle who demonstrates how Ezekiel clearly teaches that just as Israel’s deterioration and exile, a form of national death, was connected with her failure to walk in the statutes and judgments of Torah, so her national resurrection and renewal would necessitate a divinely engineered national return to obeying the very same statutes and judgments, the nuts and bolts of Torah living. It is not that Israel causes her return to the Land through her return to his statutes and judgments, but that Israel is restored to the land where she is restored to Torah obedience and life with God.

When the prophet speaks of Israel’s restoration, we must not miss what he says in 36:27: “I will put my Spirit inside you and cause you to live by my laws, respect my rulings and obey them,” which Sprinkle says is “a divine response, or reversal, of the disobedience of Israel . . . fulfilled by Yahweh himself in his program of restoration.”

The Spirit of God intends and will accomplish Israel’s return to covenant obedience (Torah living). Finally, Ezekiel teaches that this is also the goal of the Son of David: “My servant David will be king over them, and all of them will have one shepherd; they will live by my rulings and keep and observe my regulations” (37:24). Preston Sprinkle comments on this as well:

Once again, it is Yahweh who radically reverses the situation by causing Israel to obey through the Davidic king. Since Israel was unable to ‘do’ the ‘statutes and judgments,’ Yahweh must incite obedience in the program of restoration.

For Ezekiel, for the God of Israel, for the Spirit of God, for the Son of David, and for us as well, there can be no such thing as Jewish restoration and renewal apart from Jews returning to covenant obedience, the mitzvot of Torah. Anything less and anything else ignores the context that scripture sets.

We must not miss what the Prophet Ezekiel is saying here because this is the background for Peter’s statement in Acts 5 about Yeshua having been exalted to the Father’s right hand to bring Israel to repentance. Ezekiel creates the background to our answer to the question, “Repentance for what?”  For Ezekiel, not just in one proof text but in the structure of the entire book that bears his name, the Messiah and the Spirit of God bring Israel to renewal and repentance for violation of Hashem’s mitzvot, his statutes and judgments—the nuts and bolts of Torah living.

And when you keep Ezekiel in mind, you suddenly notice how significant it is that Peter, in the passage I quoted above from Acts 5, associates Messiah, the repentance of Israel, obedience, and the Holy Spirit--precisely as does Ezekiel: "The God of our fathers raised Yeshua, whom you killed by hanging him on a tree.  God exalted him at his right hand as Leader and Savior, to give repentance to Israel and forgiveness of sins.  And we are witnesses to these things, and so is the Holy Spirit, whom God has given to those who obey him.”  And I am suggesting, or rather insisting, that the only way we can righty interpret what Peter says in Acts 5 is by remembering who Messiah really is and what he is up to as laid out by Ezekiel.

Of course none of this matters if we are supersessionists, who categorically deny Israel’s continuing role in the purposes of God, and the continuity of Torah living as their holy way of life, or if we are cryptosupersessionists who still name Israel as chosen but have relegated Torah living to a nice-if-that’s-your-style cultural artifact.  But if we do believe in the continuity and ultimacy of God’s purposes for his people Israel, we must come to terms with these facts:

If the message of the Bible is in any manner consistent this is what it means to speak of Jewish repentance, and this is what we mean when we speak of Yeshua being the Jewish Messiah. It is not just that he is genetically Jewish, but rather than he brings to completion the very Jewish goals God has for his people, Israel.

In the Jewish core daily prayer, the Amidah,  we say this:

Bring us back, our Father, to your Torah; Draw us near, our King, to your service. Lead us back to you in perfect repentance. Blessed are you, LORD, who desires repentance.

We have been seeing together that this perfect repentance has two elements: repenting for rejecting the one whom God sent, and a Jewish return to Torah living. We have seen as well that both the Older and Newer Testaments affirm that it is the Messiah, whom we know to be Yeshua, who has been exalted to the Father's right hand to expedite this return, in the context of the work of the outpoured Spirit of God.

What remains to be seen is what are we going to do about this, and if not now, when? I believe the when will be when the Spirit of God awakens our people Israel and our Messianic Movement and its leaders to this holy priority.  I believe as well that the how will follow: our leaders will become committed to finding the how when and only when they recognize the holy urgency of this divine priority.

Until then, dry bones sleep in the dust.

And if this is the first time you have ever thought of these things, it would be instructive to figure out why. I have suggested that it has to do with presuppositions, theological conditioning, and vested interests. Maybe now is the time to pray for and welcome a change. Or you can let it pass, and maybe your children or children's children will enter into these things.  But don't forget this Peter the Shaliach also said: "For the promise is for you and for your children [Acts 2:3]. . . "

3 comments on “The Risen Messiah and Israel's Return to Torah”

Next Post
Lessons from Sinai For The Messianic Jewish Movement »