The Missing Link, New York City, and The Risen Messiah 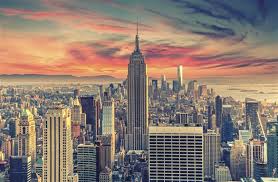 I recently returned from a visit to New York City, the city of my birth, and after Jerusalem, the city of my heart. I love the place. And even though I myself came to Yeshua-faith in that city more than fifty years ago, I can say that in general the good news of Yeshua is almost entirely ignored by and unknown to most Jewish New Yorkers.  And there are quite a few of those.

Just eIghteen months ago the Jewish Telegraphic Agency said it this way:

New York State has about 1.75 million Jews, comprising approximately 9 percent of its total population of 20 million. Nearly all the Jews live in or around New York City, with 1.1 million in the five boroughs — 561,000 in Brooklyn, 240,000 in Manhattan, 198,000 in Queens, 54,000 in the Bronx and 32,000 on Staten Island, according to a landmark 2011 population study by UJA-Federation of New York. That’s more Jews than in any other city in the world, including in Israel. Another 450,000 live in suburban Westchester and Long Island’s Nassau and Suffolk counties, according to the study, and at least 130,000 Jews live in nearby Rockland and Orange counties, according to locals’ estimates and census data. Approximately one of every three non-Hispanic whites living in New York City is Jewish. (https://www.jta.org/2016/04/18/news-opinion/politics/7-things-to-know-about-the-jews-of-new-york-for-tuesdays-primary).

Like I said, I love New York. When I am there, I feel thirty years younger. I have three children who live there. I hope to live there again myself! But meanwhile, I am investing lots of time and thought into what God would have me do and assist others in doing to bring to many Jews in that city the vibrancy that  comes through an encounter with Yeshua the Messiah and the Spirit he sent to be among us.

One of the problems is that New York is a very expensive city. If you want to plant a congregation there, prepare to raise and spend lots of money. More than you imagine. Lots more. But even organizations that are investing millions there will report that the harvest is meager, and the need is enormous.  How shall that need be met? We need a low budget, high impact modality. And I think I have one.

Recently I mentioned to my son that the last thing New Yorkers want or need is another meeting to go to. People are so stressed, so busy, and often, so tired out. And then there's the expense of a big meeting place and religious professionals. No good.

But my son differed with me on people's resistance to going to meetings, pointing out how in Alcoholics Anonymous there are people who go to their favorite meeting every week, some who go multiple times each week, even every day, and some who even go more than once a day!  Why is this?  It is because such people know that these meetings are essential to the stability and quality of their lives: they need the groups for their own survival and self-development. Even in an anonymous society like A.A., they need relationship with one another to sustain them in living the kind of life they desire for themselves.

Which brings us to one of my pet projects, Discovery Havurot--a hybrid of the Jewish Havurah and the House Church, two models that both trace their beginnings to the first century. I am writing a book about this idea. I am convinced that it supplies a missing spiritual link for New York City, and just about any other place you might mention. And it costs next to nothing.

During that walk with my son, another reason surfaced concerning why these DIscovery Havurot are essential. This is a reason also identified by Saul of Tarsus in the first century, a reason that receives lip service in our day, but is almost entirely neglected. It is a missing spiritual link that makes all the difference in facilitating a dynamic spirituality for everyone involved. Here it is!

We need to develop groups where people become part of each other's lives.

“ Now you are the Messiah’s body and individual parts of it” (From his First Letter to the Corinthians).

Don't miss the importance of what he is saying. What Paul taught was that each of his house churches, (the only kind that existed for the first three centuries) was a localized expression of Yeshua’s personality and authority in that locale.  Each was “Messiah’s body” with Himself as the head. And each member of the community was an organ or limb of that body.

Against such a background we see that we need one another in working through our spirituality the way our hearts need our kidneys and our kidneys needs our heart. Paul is highlighting a spiritual interdependency among the members of his familial communities.

Is there a need for big meetings with hundreds of people, even more? Yes there is!  And I call these 5-C's Meetings. I'll tell you more about that soon. But foundationally, what we most need are these smaller meetings where the members of the group are life-givers to each other, in the Messiah's Name and through the Divine Presence. Meetings where we are so intimately connected to the Messiah that we are his body and he is our Head.  Meetings where we are so intimately connected to each other that we are like organs, exchanging among ourselves life and power.

Even in busy New York City.

Pray for New York. And pray for the progress of my big plans on a little budget!

Previous Post
« Help Toward Discovering Prayer, God, and Perhaps Yourself