The Mah Zot (What is This?) Principle 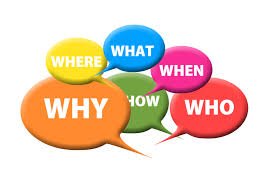 This is a drash, a Torah lesson requested of me and submitted to the Union of Messianic Jewish Congregations (UMJC.org). I thought you would want to see it here too. Many thanks to Rabbi Russ Resnik for his always attentive and tasteful editing.

Like a pot of cool water that is gradually heated until the proverbial lobster is cooked without fully realizing what is happening, so can some cultural trends in the Messianic movement “cook” our unique calling as Jews so that we lose track of who we have been created to be, and what we have been called to value and preserve.

This danger is especially evident in congregations where the Jews become more Christian in culture and the Gentiles become more Jewish, so that both meet somewhere in the middle. But when that middle involves leaving behind Jewish baggage packed for us by God himself, we Jews need to awaken to the bubbling in the pot. This week’s parasha comes to our aid. It enshrines for us what is called the Mah Zot (What Is This?) Principle, which states:

There should be markers in the lives of Jews that memorialize our unique experience with God and provide occasions to proclaim and renew awareness of his saving acts among our people.

This is a principle repeatedly illustrated in our Scriptures, but most prominently in this week’s parasha where we read that Jewish householders were admonished to put blood on their doorposts as a yearly reminder of the redemption from Egypt (Exod 11:21–27); to give special treatment to first-born sons and animals as a reminder of the slaying of the first-born in Egypt (Exod 13:1, 11–15); to wear phylacteries so as to not forget these saving events (Exod 13:9–10, 16); and to eat unleavened bread during the Passover season each year as a memorial of the Exodus (Exod 13:2–6). All of these commandments (not customs!) come from this week’s parasha. And if you want another, just go and grab hold of one of the twelve stones that were removed from the midst of the Jordan to serve as a reminder of how God cut off the flow of the river that Israel might pass through (Josh 4:1–9). In each case, the behavior or artifact served as a memorial of the saving acts of God and as an occasion for inquiry (by our children but not only them) into the meaning of that artifact or ritual.

You are right to ask, “What was the purpose of all this?” It served as an opportunity to recall and to tell the next generation of the mighty acts of God for and among the descendants of Jacob. These behaviors were tent pegs securing the particularity of that people of whom Paul will, without shame, say: “What advantage has the Jew and what is the value of circumcision? Much in every way!” (Rom 3:1–2a). He was not embarrassed by the unique calling of the children of Israel, and neither should we be.

These texts commend Messianic Jews incorporating and in many cases restoring such traditional markers into our personal and communal lives. We must never forget that we are participants in a common identity and common history with other Jews. Our parasha expresses this clearly when, speaking of the yearly Feast of Unleavened Bread, it tells each father to explain the rite to his inquiring son, saying, “It is because of what the Lord did for me when I came out of Egypt” (Exod 13:8). Each father, though born after the events, is nevertheless to see himself as implicated in those events. It is for this reason that the Haggadah bids us all consider the Passover events as if we ourselves had come out of Egypt, for indeed we did.

We might compare our situation to that of a pregnant woman who is temporarily in jail and doesn’t know she is pregnant. The child in her womb doesn’t know he’s in jail; but he is. And the proof that he’s in jail is that if his mother doesn’t get out soon enough, he’ll be born there!

Similarly, if God had not delivered our ancestors out of Egypt, out of Pharaoh’s “jail house” (his “house of bondage”) we ourselves would still be enslaved in Egypt. This is an issue of corporate solidarity. We Messianic Jews are in corporate solidarity with the Jewish people, and are participants in the unique historical experience of that people. What happened to them historically is our personal history. Even if the Jewish community seeks to exclude us, ever and always, together we are family. As such, we have a common history, even if much of that history was ours while in the loins of our ancestors.

We must not miss the crucial implications of this principle. Failure to preserve and honor our Jewish particularity means the neglect of our very own history and identity. More tellingly, such neglect means to egregiously disassociate from other Jews and to display a cavalier forgetfulness concerning God’s intentions in making us a people for his own Name. (See Micah 4:9, but also Acts 15:14 where we read that he also is making from among the Gentiles a people for his own Name.) At the very least, such forgetfulness violates the warning in Psalm 103, “Forget not all his benefits.”

This means that the communal and personal lives of Messianic Jews ought to be different from those of the wider Body of Messiah because our history is different and because we share a corporate solidarity with other Jews which we must not ignore. It also means that those from among the nations who are traveling with us should encourage us to engage in that ritual life which is particular to ourselves, without feeling excluded. The coming of Messiah means that God intended all non-Jews in his family to be fully included, but not in a manner that erased the special history and privileges of the Jewish people, which Paul refers to as their “much in every way advantage.”

Applying this principle in our context will also require that we Messianic Jews follow and observe the Jewish sacred calendar. The festivals found there are like family anniversaries and birthdays circled on the family calendar hanging in the family kitchen of our people. If we consider ourselves members of the family, if we are grateful for what those circled dates signify, then we will not treat these occasions just like any other day. We will mark special occasions in special ways, in ways customary among our people, our family. So shall we honor our Father in Heaven and our brother and sister Jews. And so shall we become who we really are: Messianic Jews, Messiah’s people, and the offspring of Abraham, the friend of God.

2 comments on “The Mah Zot (What is This?) Principle”

Previous Post
« New Directions, and the Foolishness of Following God