The Leap Frog Fallacy and The Unwise Rejection of Rabbinic Culture 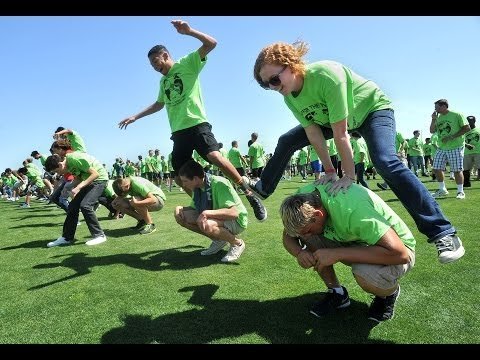 The Leap Frog Fallacy is a concept I developed in 1990 for a course I taught about the siddur from a missiological perspective. From recent response to one of my blog posts, it is still needed. Commenting on my advocacy of Jewish believers in Yeshua living Jewish lives, that is, covenantal Torah living, a respondent complained, “What you define as ‘Torah’, has nothing to do with Torah… (You don’t really think Moses wore a Yamakah (sic) or wrapped Tefillin do you??)." The Leap Frog Fallacy is part of my answer to her question.

The Leap Frog Fallacy is my term for the widespread error of imagining that we can or should relate religiously to Jewish people while by-passing instead of utilizing rabbinic forms. A “form” is any behavior, artifact, or term that conveys agreed upon meaning within a given culture. It is an anthropological term. For example, certain hand gestures, both aggressive and friendly are forms. Blowing a kiss is a form. A yarmulke/kippah is a form: it is a type of head covering that connotes respect for God.

My respondent also mentions tefillin, a.k.a., phylacteries, a rabbinic form worn to concretize the idea of binding God’s commandments on ones hand and one’s mind, as stipulated in the Torah. Lighting candles at Hanukkah from the 25th of Kislev to the second of Tevet is also a form from rabbinic Judaism.

Some people, steeped in conservative or fundamentalist Christian concepts, consider all of these forms to be “unbiblical” and therefore illegitimate and expendable. They prefer to share their Yeshua-faith with Jewish people purely by sharing Bible verses, theological schemas, and proof-texts while avoiding validating “rabbinic Judaism” and its forms. They want to leap-frog over at least 2000 years of Jewish history and relate to Jewish people strictly on the basis of the Bible.

This antipathy to rabbinic Judaism and its forms is grounded in a conviction that the traditions of men are bad, to which I say, not necessarily.

The only traditions we have are the traditions of men (and of women), and we all have these. All of us. Traditions are habits of behavior and thought of an individual or group of individuals. And just as we naturally form habits, so we naturally form traditions. These are inevitable and widespread, even in circles that pride themselves on being tradition-free. Some will be conscious and others unconscious. Once I spoke at a fundamentalist school. Before I spoke, I asked the students to join me in a word of prayer. As I prayed, they bowed their heads and closed their eyes. When I finished I asked them. “Why did you bow your heads and close your eyes? It’s not in the Bible! In fact, it is a tradition of men!” They were stunned. Although ideologically opposed to “the traditions of men” they of course were swimming in them. But like a fish that doesn’t know it is in water, even so conservative evangelicals, fundamentalists, and Christianized Jews are swimming in the traditions of men but don't recognize it. My favorite illustration? Such people, when they seek to lead others to embrace their faith commitment, will unfailingly invite them to “ask Yeshua to come into your heart.” They invite people to bow their heads and to say words to this effect. The only problem? This is nowhere in the Bible. Nowhere. But it is a shibboleth, a non-negotiable axiom of Christian fundamentalist, conservative evangelical, Christianized Jewish culture. It is a big fat tradition of men. And there are many more.

There are three kinds of traditions, and only one of them is bad.

This discussion is highly relevant to the sphere of faith-sharing. Speaking especially from a Diaspora perspective, but not only that, when we speak to other Jews about our faith and they reflexively determine whether we and our message are legitimately Jewish, they will invariably want to determine “Was your mother Jewish?” “Do you celebrate Hanukkah or Christmas?” They will expect that we go to a synagogue rather than a church. If we are clergy, they will expect that we wear a kippah. All of these are markers from the culture of rabbinic Judaism because modern Jews are not fundamentalist Christians. While fundamentalist Christians establish legitimacy through producing Bible references, Jews establish Jewish legitimacy through conformity to established and respected patterns of religious life. Therefore, when faith-sharing with Jews, it is naïve and ineffective to leap frog over rabbinic culture and go diretly to the text. To do so is to fail to establish our legitimacy as Jews with a Jewish religious message.

Jewish believers in Yeshua who reject rabbinic culture will pray with heads bowed and their eyes closed, urge people to invite Yeshua into their hearts, celebrate “the Lord’s Supper” with little plastic cups and squares of matzah, and do just about everything else they do as a manifestation of their own religious culture, also the traditions of men—all of them. They will not see their own behaviors as steeped in such traditions, but will avoid and warn others against  that culture and those traditions handed down by the generations to the Jewish people. I cannot agree.

The Jewish response to the commandments of the Bible occurred over time, thousands of years. These are attempts to understand and to honor the commandments of God. All of this is a holy pursuit. I am reminded of what David Weiss-Halivni wrote about Samuel ben Meir, the Rasbbam,  (c. 1085 – c. 1158), grandson of Rashi, who believed that the tradition of tefillin was a misunderstanding of the text of Torah. He believed that the command to  bind God's comandments for a sign upon our hands and as frontlets between our eyes was not about tefillin, but a metaphor for guiding thought and action by God's commands. Yet, in one of his halachic works he spent considerable space detailing the right way to make tefillin. This was due to the phenomenon of private truth and public truth. While we are allowed, even encouraged to have our own opnions on matters, we are not therefore entitled to tear asunder the fabric of holy intergenerational transmission--holy traditions. We should avoid acting like wise guys who know better. Far better to act with respect and maintain the fabric of religious life we sustain with each other, our ancestors, and descendants. What a concept!

If God wanted me to believe in Yeshua and then be sure to stop living as a Jew as long as I had a Bible verse for what I was doing, then, sorry, I didn’t get the memo. I suggest you too mark it “Return to Sender.”

Let’s not leap frog over our people’s precious tradition. Instead, let’s meet them in it and even draw them back to to it.

Or would you rather teach them another?

Next Post
A Hearse, a Hurt, and a Hope »