The L-Word: Yeshua, Torah, and The Future of the Messianic Jewish Movement 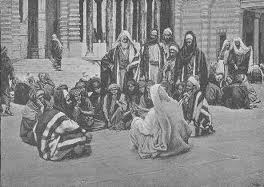 In 1985, Grace Community Church of Los Angeles, California, published a paper concerning the Messianic Jewish movement, in which it asserted the following concerning the role of the Torah (Law of Moses):

The Old Covenant did not merely merge into the New Covenant. Paul is emphatic that the old system passed away and that any attempt to seek God through that system is heresy... The great principles of law and grace cannot be harmonized… And to encourage a not-yet-converted Hebrew or a brand-new Hebrew Christian to begin looking back to the outer trappings of a system of law could run the risk of damning their souls.[1]

It is easy for us to cluck our tongues about this negativity toward Torah.  But we need to face the fact that the consensus of Christendom for the past 2000 years has tended toward a negativity about Torah, and to the extent that we have been influenced by that consensus, we too are negative.   For example, if I were to say to all many Messianic Jews, “The Torah is holy, just and good, and God expects us to obey it,” many of us would say, “Yes but, now that Yeshua has come . . . .”  We have reservations about Torah which the wider Jewish religious community does not.  In the synagogues in of our people  today, wherever you find Jews of intentional religious practice, if you were to make this statement to them, they would say, "Yes, that’s true, but I don’t do a very good job of it.”  These are two different answers. One acknowledges the authority of Torah, the other seeks to modify it in some way.  Different answers . . . different traditions . . . different truths.

Yochanan/John 7:14-24 opens up to us the entire realm of Torah.  Here we see Yeshua acting like a rabbi talking with rabbis and other Jews.  This passage swims in Torah even before the precise word is mentioned.

14 Not until the festival [Sukkot/Tabernacles] was half over did Yeshua go up to the Temple courts and begin to teach. 15 The Judeans were surprised: "How does this man know so much without having studied?" they asked. 16 So Yeshua gave them an answer: "My teaching is not my own, it comes from the One who sent me.17 If anyone wants to do his will, he will know whether my teaching is from God or I speak on my own. 18 A person who speaks on his own is trying to win praise for himself; but a person who tries to win praise for the one who sent him is honest, there is nothing false about him. 19 Didn't Moshe give you the Torah? Yet not one of you obeys the Torah! Why are you out to kill me?" 20"You have a demon!" the crowd answered. "Who's out to kill you?" 21 Yeshua answered them, "I did one thing; and because of this, all of you are amazed. 22 Moshe gave you b'rit-milah -- not that it came from Moshe but from the Patriarchs -- and you do a boy's b'rit-milah on Shabbat. 23If a boy is circumcised on Shabbat so that the Torah of Moshe will not be broken, why are you angry with me because I made a man's whole body well on Shabbat? 24 Stop judging by surface appearances, and judge the right way!"

We find ourselves in the realm of Torah from verse 14.  Do you imagine that Yeshua taught in the Temple courts from the Qur’an or the Book of Mormon? From the New Testament?  Of course not, none of these were written yet.  And would he have been allowed to teach in the Temple courts, or gathered a following, if he was just spouting philosophical musings or telling stories? No, we see here that he is obviously teaching Torah—that is, he is interpreting Torah for daily life.

How do we know this? Not only because he is teaching in the Temple, verse 14, but because the Jewish people there ask “How does this man know so much without having studied?” (V. 15).  They recognize he is not a disciple of the rabbis in town, yet he knows Torah so very well!

So this is a first principle I want us all to remember and never forget, a principle the Messianic Jewish Movement needs to remember and never forget:  a Messianic Judaism that follows and honors Yeshua will be one that honors, teaches from, and interprets Torah.   You cannot have a real Messianic Judaism without Torah.   You might have a Jewish style religion.  You might have some veneer of Jewish culture and ethics.  But it is not a Judaism, and it is not a Messianic Judaism that honors who Yeshua really was:  a Jewish teacher who taught and interpreted Torah as a guide to life and thought.

The second principle is that Yeshua’s teaching is not one interpretation among many, but is authoritative because it comes from the One who sent him.   A true Messianic Judaism honors the teaching of Yeshua as authoritative—as having divine authority—as the very word of God.   Yeshua’s teaching is not some sort of self aggrandizing posturing, he is not speaking on his own and shooting off his mouth.  No, he is honestly seeking to honor the One who sent him because he has been sent by God.  And that is true of his teaching also.

The third principle for us to remember if we would have a true Messianic Judaism is that Yeshua teaches and takes for granted that we Jews should obey Torah. Notice the assumption in verse 19—the Torah came from through Moses, and yet none of you obeys it!  The assumption is, you should be obeying it!  We cannot honestly get around this, although I would say that most Messianic Jews do not really believe this, and many teachers of Messianic Jews do not really believe or teach it.  We should obey Torah!

The fourth principle for us to remember if we would have a true Messianic Judaism is that Torah must be interpreted, and that interpretation is a constant challenge.   Yeshua’s interpretation of why, kal v’chomer [reasoning from a lesser example to a greater], if it is right to circumcise a person (and thus wound his body) on shabbat, how much more is it permissible to make a man whole on the shabbat, is clever, challenging, and might never have occurred to us.  Some people fret over what the right interpretation is, but there is a more important concern, which is this:  We should always treat the interpretation of Torah and therefore the shape of our obedience as something very important.  By saying it is important, I do not mean that we should get sweaty and anxious over it. Rather we should be motivated to obey, and in order to obey, one must strive to rightly interpret the commands of the commander.

Many people use a cop out:  “Well, who knows what the right interpretation is!  We can’t agree, so let’s just forget about it!” Wrong!  Our mindset out to be, “God has commanded us to obey his Torah, therefore we should always do the best we can to understand what that obedience should look like, and do the best we know how.”   I don’t find that attitude prevalent in our movement, do you?  One of the reasons it is not prevalent is that we are a transition generation, and like a Valley of Dry Bones, we are just coming together and taking on new life as part of the restoration God has promised our people.  We are moving toward generations to come that will be different from the generation behind us. And our job is to move in that direction and to prepare the way.

This teaching today is called “The L Word,” and the “L word” is “Law.” Law is something of a stigmatized term for Christendom and for many of us, more than we will acknowledge.  And it really an inadequate translation for Torah, which should rather be translated, “Teaching.”

Let’s conclude by considering this quotation. Why not think about it?

A major academic failure of Jesus research [is its] mouthing respect for Jesus’ Jewishness while avoiding like the plague the beating heart of that Jewishness: the Torah in all its complexity.  However bewildering the positions Jesus sometimes takes he emerges . . . as a Palestinian Jew engaged in the legal discussions and debates proper to his time and place.  It is Torah and Torah alone that puts flesh and bones on the spectral figure of “Jesus the Jew.” No halakic Jesus, no historical Jesus.  This is the reason why many American books on the historical Jesus may be dismissed out of hand: their presentation of 1st-century Judaism and especially of Jewish Law is either missing in action or so hopelessly skewed that it renders any portrait of Jesus the Jew distorted from the start.  It is odd that it has taken American scholarship so long to absorb this basic insight:  either one takes Jewish Law seriously and ‘gets it right’ or one should abandon the quest for the historical Jesus entirely.  One need not pour over Qumran scrolls day and night to grasp this point. It simply stands to reason that any Jew who chose to mount the public stage in early 1st-century Palestine and present himself as a religious teacher . . . would have to discuss and debate the Torah both as a whole and in its parts.[2]

There can be no consistent Messianic Judaism without a high view of Torah and a passionate commitment to obey it and to its rigorous interpretation.  I challenge my readers and the leaders of our movement to be forerunners, early adaptors of a Torah-honoring, Yeshua-honoring, God-honoring Messianic Jewish future. Scripture clearly teaches that God will bring the Jewish people back to Torah obedience in the last days through his Spirit and through the Messiah. I teach this in my monograph, Son of David: Restoring the Vision of the Messianic Jewish Movement.

These convictions are part of the substructure of Interfaithfulness. I invite you to get to know us better. You may also want to connect with a responsible approach to Messianic jewish Torah living through getting familiar with the Messianic Jewish Rabbinical Council, which rightly takes a communal approach to discerning a sane halachic understanding.  Visit their page at www.ourrabbis.org

The big question is, whoever you are, what are you going to do with what you have read here. Does it make sense? What then?

[1] “The American Board of Mission to the Jews: Response to the Grace Community Church’s Position Paper Entitled ‘The American Messianic Synagogue Movement: Deficiencies, Mistakes, and Errors in Light of the Scriptures’”(unpublished paper, 1985, 22). An easier access to the Grace Community Church paper can be found in Arnold G. Fruchtenbaum, Israelology: The Missing Link in Systematic Theology (Austin: Ariel Ministries, 1989), 1018-1029.

One comment on “The L-Word: Yeshua, Torah, and The Future of the Messianic Jewish Movement”