The Glue We Need When Things Are Falling Apart 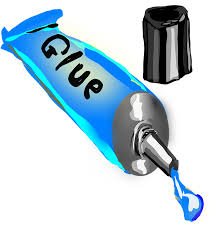 We live in a time when it seems everything is falling apart, especially when old assumptions and old systems disappoint us at every turn. It is a time when things seem to be a bit unhinged, with violence threatening. Perhaps the arena where we see this closest in and most apparent is in the world of politics. Few would doubt that with the current political climate, should it appear that one party or another, or perhaps both, have “stolen” the nomination from a beloved candidate, dire consequences will follow. Who will doubt that in such a case, there will be riots in the streets?

In some cities, crime is on the upswing, and respect for law and order and those charged with maintaining it is perhaps at an all time low. Tensions between races, between classes, between strata of society are impossible to ignore.

Consider for example the iconic case of Michael Brown, an unarmed black teenager, shot and killed on Aug. 9, 2014, by Darren Wilson, a white police officer, in Ferguson, Mo., a suburb of St. Louis. The shooting prompted protests that roiled the area for weeks. On Nov. 24, the St. Louis County prosecutor announced that a grand jury decided not to indict Officer Wilson. This set off another wave of protests. This resulted in the Justice Department calling on Ferguson to overhaul its criminal justice system, declaring that the city had engaged in constitutional violations.

A year later, at demonstrations commemorating the killing of Michael Brown, an 18-year-old was shot and critically wounded by the police. The shooting was on West Florissant Avenue, where other violence, fires and looting had previously been occurring. And of course, this is not the only such case. To some people ot seems that respect for law and order, and the respect of officers of the law for those they are called to protect and to serve are crumbling.

Jewish life suggests a common denominator behind this sense of deterioration, this loss of social glue in all the contexts where disorder and dismay has been asserting itself. The missing factor is kavod, and the missing solution is to commit to its restoration as individuals, families, and communities.

But what is kavod?  I could give you a definition, but far better, notice how the term is used in the following texts. Then define kavod yourself:

3.     (Joseph) 13 You must tell my father about all my kavod in Egypt, and about all that you’ve seen. And you must quickly bring my father down here.”

5.     He said to them, “Why do you also transgress the commandment of God for the sake of your tradition? 4 For God said, ‘(extend kavod) your father and mother’[a]and ‘He who speaks evil of father or mother must be put to death.’ [b] 5 But you say, ‘Whoever tells his father or mother, “Whatever you might have gained from me is a gift to God,” [c]6 he need not (extend kavod to) his father.’  On account of your tradition, you made void the word of God. 7 Hypocrites! Rightly did Isaiah prophesy about you, saying,8 ‘This people (extends kavod to) Me with their lips, but their heart is far from Me.

6.     26 If any man serves Me, he must follow Me; and where I am, there also will My servant be. If anyone serves Me, the Father will (extend kavod to) him.

I intentionally did not supply the references to these texts so that you would think about them rather than simply looking up their translations. So what do you think? From what you read, what is kavod? How do you define it?  If your opinion is based on weighing the texts you just read, you are probably right!

Consider the following text from Isaiah:

“I am Adonai—that is My Name!
My kavod I will not give to another,
Or My praise to graven images.
9 Behold, the former things have come to pass,
Now I declare new things.
Before they spring forth
I announce them to you.”

10 Sing to Adonai a new song,
His praise from the end of the earth,
you who go down to the sea with all its fullness,
islands and their inhabitants.
11 Let the desert and its cities exult—
the villages that Kedar inhabits.
Let the dwellers of Sela sing for joy.
Let them shout for joy
from the top of the mountains.
12 Let them give kavod to Adonai
and declare His praise in the islands.

But of course, it is not only God who has and deserves kavod. Although the level of kavod will vary, human beings always have intrinsic kavod, whoever they are, because they are made in the image of God.  To see how the the level of kavod someone bears, and which we owe them, varies, consider this text!

Dealing With the Problem: Why Bother?

So where have we come?  To give someone proper kavod is to treat them with the respect, honor and deference due them. To “ascribe to Adonai the glory due His name (his nature, his being),” is to treat him as he deserves. And to extend kavod to people, is to treat them as they deserve.

But why bother? Is it just a matter of manners?  No, it is much deeper than that. Notice what the Bible says about how God responds to our kavod behaviors:

·      Likewise, husbands, live with your wives in an understanding way, showing honor to the woman as the weaker vessel, since they are heirs with you of the grace of life, so that your prayers may not be hindered. (1 Peter 3:7 ESV)

·      And you shall tread down the wicked, for they will be ashes under the soles of your feet, on the day when I act, says the LORD of hosts. “Remember the law of my servant Moses, the statutes and rules that I commanded him at Horeb for all Israel. “Behold, I will send you Elijah the prophet before the great and awesome day of the LORD comes. And he will turn the hearts of fathers to their children and the hearts of children to their fathers, lest I come and strike the land with a decree of utter destruction.” (Malachi 4:3-6 ESV)

We see here that a failure to cultivate kavod leads not only to societal disintegration: it leads to divine judgment!

So what’s the solution?  The passage just quoted from Malachi points the way forward:

First we must engage seriously and submissively with what Scripture would say to us on these matters: “Remember the law of my servant Moses, the statutes and rules that I commanded him at Horeb for all Israel.”

Second, we must work on repairing relational damage done through the deterioration of kavod. The prophet speaks of this in terms of the core relationship of all of life: the relationship of parents to their children, and children to their parents. The God of Israel says “he will turn the hearts of fathers to their children and the hearts of children to their fathers, lest I come and strike the land with a decree of utter destruction.”

Let’s close with some questions:

1.     What level of kavod is evident in relationships between parents and children you know, of all ages, going both ways? Between husbands and wives?

2.     How might or could the parties you are thinking of improve the situation?

3.     What level of kavod is evident in your workplace between management and workers, again going both ways?  How might/should that be improved?

4.     How would you rate intergenerational kavod in society as a whole? In your community of worship? Your family? What can you do to improve things?

5.     How would you rate intergender kavod in society as a whole? In your community of worship? Your family? What can you do to improve things?

6.     What did you learn from this blog that you don’t want to forget?

8.     What is the main thing you have decided to do as a result of what you learned?

I wil be teaching a workshop incorporating this kind of material at the upcoming National Conference of the Union of Messianic Jewish Congregations, to be held this year in Ontario, California (in July). Hope to see some of you there! 🙂

Previous Post
« What Was the Secret Sauce of The First Century Jesus Movement?

Next Post
Let the Countdown Begin - What is This? Why is It? When is It? Where is It? And How Can You Plug In? »