The Foundational Reason Jews, Including Messianic Jews, Should Obey Torah 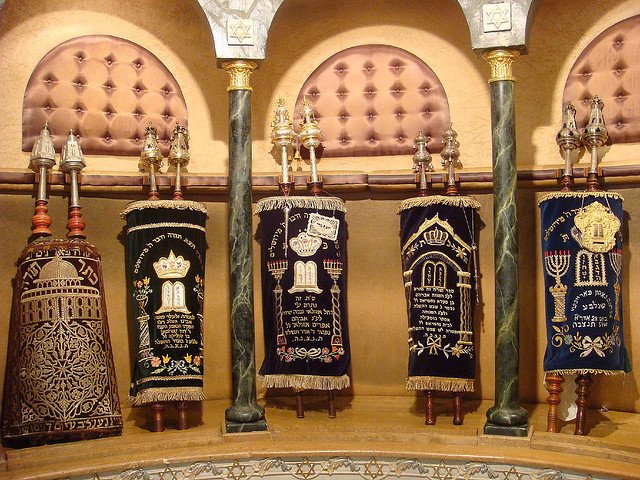 In some naïve areas of Christian consensus people imagine that Jews obey Torah because they believe that this will save them. However, a simple conversation with the average religious Jew, or reading in books by religious Jews will demonstrate this to be a fantasy. And which of us has not heard the proposition that Judaism is a religion of law and Christianity a religion of grace, with Judaism being pictured as Mount Sinai covered in thunderbolts, and Christianity, the grace of Jesus dying on the cross. People forget, or never seem to get, that it was on that very same Mount Sinai that God revealed himself as “the LORD, the LORD, merciful and abounding in steadfast love and faithfulness.”

What does the Bible say about why Jews should obey Torah, and does this have anything to say to Messianic Jews today? The answer to both questions is “Very much indeed.” Scripture tells a story in the life of Jeremiah that makes clear something that I never hear anyone speak of except me. It is time to change that.

In Jeremiah 35, Jerusalem is under siege by the forces of Babylon. People from the surrounding countryside have come into the city for protection from Nebuchadnezzar and his armies, and things have gotten quite bad. Among the people who have come into the city are a group called the Rechabites, a nomadic group. What the text says about their encounter with the Prophet Jeremiah tells us something that most people miss about why Jews should, as a people and not just individually, obey Torah.

God tells Jeremiah to bring the Rechabites into one of the chambers of the Temple area and offer them wine to drink. Here is what happens.

Then I set before the Rechabites pitchers full of wine, and cups, and I said to them, “Drink wine.” But they answered, “We will drink no wine, for Jonadab the son of Rechab, our father [probably, ancestor], commanded us, ‘You shall not drink wine, neither you nor your sons forever. You shall not build a house; you shall not sow seed; you shall not plant or have a vineyard; but you shall live in tents all your days, that you may live many days in the land where you sojourn.’ We have obeyed the voice of Jonadab the son of Rechab, our father, in all that he commanded us, to drink no wine all our days, ourselves, our wives, our sons, or our daughters, and not to build houses to dwell in. We have no vineyard or field or seed, but we have lived in tents and have obeyed and done all that Jonadab our father commanded us. But when Nebuchadnezzar king of Babylon came up against the land, we said, ‘Come, and let us go to Jerusalem for fear of the army of the Chaldeans and the army of the Syrians.’ So we are living in Jerusalem.”

Then the word of the Lord came to Jeremiah: “Thus says the Lord of hosts, the God of Israel: Go and say to the people of Judah and the inhabitants of Jerusalem, Will you not receive instruction and listen to my words? declares the Lord. The command that Jonadab the son of Rechab gave to his sons, to drink no wine, has been kept, and they drink none to this day, for they have obeyed their father’s command. I have spoken to you persistently, but you have not listened to me. . . . you did not incline your ear or listen to me. The sons of Jonadab the son of Rechab have kept the command that their father gave them, but this people has not obeyed me.

What point is the Holy One Blessed be He making here?  Just this: that the Jewish people have failed to show to Him the honor and respect due him. While the Rechabites show honor to their father Jonadab by obeying his rulings, the people of Israel dishonor God by not obeying his Torah.

And THAT is the reason we as a people, and as a movement, should  be far more concerned with Torah living—because we honor God when we do so, and we dishonor him when we do not.

In the last of the writing prophets of the Tanach, Malachi, God makes the same point. He uses four metaphors to describe Himself: LORD of Hosts, Father, Master [as in a Master slave relationship], and King. I have been doing a study on these four terms, but can only comment on them briefly here, because they help to reinforce the neglected and crucial point of this post.

Elmer Martens reminds us of this:

FATHER -  This term also has cultural freight, but at the very least connotes the supreme authority in the family, whose word and wishes are to be obeyed out of respect, to whom we owe honor, as in “Honor your father and mother that your days may be long in the earth” [20:12], a commandment referenced repeatedly as axiomatic to God’s will for how human beings are to act as in Lev 19:3 Every one of you shall revere his mother and his father, and you shall keep my Sabbaths: I am the Lord your God,” and other passages such as Mt 15:4; 19:19; Mk 7:10; 10: 19; Lk 18:20; Eph 6:2,while in Lv 19:32 this honoring of the father, and of the aged by extension, is explicitly tied in to reverencing God. “You shall stand up before the gray head and honor the face of an old man, and you shall fear your God: I am the Lord.” In Prov 23:22 it is explicitly stated that one is to “listen” to one’s father, which means doing what he says.

MASTER [Adon, related as well to the familiar Adonai when used of God]  Robert Lightner speaks helpfully of this, saying.,

When used to refer to individuals, the word (adon) speaks of an intimate and personal relationship. For instance, the word is used to refer to the master of a slave and the husband of a wife, thus connoting the idea of authority, love, and faithfulness.

The call of Moses serves as another illustration. His hesitation to obey the call of God eventually ended when he acknowledged God as Adonai or Lord ("Then Moses said to Jehovah, "Please, Adonai, I have never been eloquent..." Ex 4:10, 11-18). When Moses admitted his position as a slave and God’s position as the Lord—the Master—there was only one viable option—to obey. When Moses called God Adonai, he acknowledged that it was not his place as the slave to choose his work; he had to heed his Master’s directives...

When the prophet (Isaiah) heard “the voice of the Lord [Adonai]” (Isa 6:8), he said, “Here am I. Send me!” Isaiah was ready and willing to do the bidding of his Master (Lightner, R. P. The God of the Bible and Other Gods: Is the Christian God Unique among World Religions? Grand Rapids, MI: Kregel Publications)

Perhaps the richest image in the Bible, the King is viewed as “impressive in physical appearance, honored and respected by his people,  . . . the dispenser of protection, justice and mercy and a symbol of power and authority”

“In the Bible two royal images are found—God as king, and humans as kings.  It is important in the Bible’s theology that the latter reflects the former and that ultimately, the two merge into one”  (Leland Ryken, James C. Wilhoit, and Tremper Longman, II, eds. Dictionary of Biblical Imagery (Downers Grove, IL: IVP Academic, 1998),476-477.

In the ancient world, it was typical to extol the glory of the King by expounding upon the vast extent of his longevity, his property and of his dominions.  Against this background, the Bible extols God whose “kingship is an everlasting kingship, your reign continues through all generations” (PS 145:13); of whom it is written, “ADONAI, you have been our dwelling place in every generation. Before the mountains were born, before you had formed the earth and the world, from eternity past to eternity future you are God” (Ps 90:1-2)—encompassing the boundaries of time, that “ADONAI has established his throne in heaven; his kingly power rules everything” (PS 103:19); “Be exalted, God, above heaven! May your glory be over all the earth!” (Ps 57:11); “8 If I climb up to heaven, you are there; if I lie down in Sh'ol, you are there. 9 If I fly away with the wings of the dawn and land beyond the sea, 10 even there your hand would lead me, your right hand would hold me fast” (Ps 139:8-9)—encompassing the boundaries of space; and of whom we sing “ For ADONAI is a great God, a great king greater than all gods. He holds the depths of the earth in his hands; the mountain peaks too belong to him. The sea is his - he made it -and his hands shaped the dry land. Come, let's bow down and worship; let's kneel before ADONAI who made us” (PS 95:3-6), encompassing the created order.

Ancient Kings were lawgivers, warriors, rulers, rescuers of their people, judges, benefactors, protectors. The same is true of he God of Israel. Through the functions he performs, we see His kingship throughout the Bible even where the word “King” is not used.

So what is the point of all of this? This is an amplification of the point made in Jeremiah 35, the story of the Rechabites.  These terms for God, LORD of Hosts, Father, Master, and King all of this in common: they all underscore the necessity of honoring the holder of such titles by obeying him. This means that one obeys the God of Israel,  the Commander in Chief, the Father, the Master, the King, in order to show him proper honor.

In the term for "honor" the Piel of the verb כבד consider the following succinct statement from C. John Collins in the article on this verb in Van Gemeren’s New International Dictionary of OT Theology and Exegesis:

So the question we need to ask and answer is this one. In view of all of the above, what does it mean to honor the LORD of Hosts,  our Father, Master, and King properly?  And can we rationally excise obedience to his commands from that equation?

Samson Raphael Hirsch, in his masterpiece, Horeb,  states this: “I am the Lord YOUR God”—he is saying ‘I am your Creator, your Lawgiver, your Judge; the Director of your thoughts, your feelings, your words and actions.  Every breath of your life comes from me, and I have given you everything you own.  You must see all that is yours as my property, as well as every moment of your time, your mind, your feelings, your bodily strength, your words, thoughts and actions.  The purpose of your life is to do my will.’” Strong words, but can we rightly differ and say this is not the testimony of Scripture on the matter?

Jews obeying Torah, and Messianic Jews obeying Torah, may be about a number of things. But it is fundamentally about this: showing proper honor to the One who created all that is, and who brought us out of Egypt that we might serve him.

Although we may rightly hold that with the coming of Messiah, our relationship with Torah has gone through a shift, and that we will differ in some areas with many other Jews in matters of interpretation, following the teaching of Yeshua and his sh'lichim [apostles[, nothing in the Newer Testament entitles us to suggest that the priority of honoring God by obeying Torah has been withdrawn.

One comment on “The Foundational Reason Jews, Including Messianic Jews, Should Obey Torah”

Next Post
Two Indispensable Aspects of Jewish Repentance Toward God »