The Five Questions: Something Extra for Pesach – Question #3 (What About Discipleship/Discipling?) 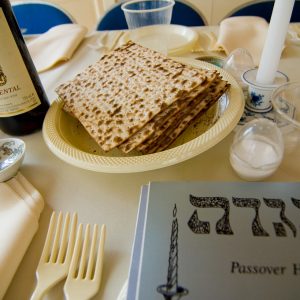 This continues a series of blogs originating in a response to a Red Door Diary video I posted where I highlighted (and lamented) the Messianic Jewish Movement’s general failure to attract other Jews to Yeshua-faith. That video may be found HERE–> https://www.youtube.com/watch?v=DJ5FmR7mUlQ&t=28s

This current blog is my response to the third of five alternative issues raised by a friend commenting on this video.

What About Discipleship/Discipling? – What happens, most importantly, to discipleship, creating a learning community which creates a life-giving, Yeshua transformed setting for ordinary believers in Yeshua to live out their lives and raise their children?

You name here another area where I, like you, long for a much deeper investment of time, resources, and skill. Yeshua did not send us forth to make converts of all nations, but to make talmidim, disciples. And Yeshua told us the goal of disciple-making: that the disciple would be like his teacher, in this case, like Yeshua. We are charged to go in the power of the Spirit to not only win people but to be agents in helping them become like Yeshua. This is a huge job, and it is not an optional add-on. Again, nowhere are we told that we have been sent forth to make converts, but rather, disciples, "teaching them to observe whatever I have commanded you."

And as you mention, this family likeness to Yeshua is to be passed on intergenerationally. It does not happen magically. It is not simply the work of the Spirit. It is also our work. Paul reminds us of this partnership, speaking of himself and his apostolic team and their partnership with God, "Working together with him, then, we appeal to you not to receive the grace of God in vain" (2 Co 6:1). That is our job: that the people we win to Yeshua-faith would not receive the grace of God in vain, but would go on to manifest the measure of the stature of the fullness of Messiah. This aspiration is all over Paul's writings, and often memorably expressed, as here in Romans 8:29, "those whom he knew in advance, he also determined in advance would be conformed to the pattern of his Son, so that he might be the firstborn among many brothers."

Let's say "Amen" to this, but not only with our mouths. May it be also with our actions and our agendas. This is why I am currently working on the second draft of a discipling book especially for Jewish Millennials. I not only "get" your passion on this matter: I share it!

One final point though: we ought not to let disciple-making eclipse outreach. One can only make disciples of those who have been won to the faith we proclaim. And when we are fully formed disciples, we will be more likely to attract such people. Thus, outreach and disciple-making (which I term "apprenticeship") go hand in hand, walking together, and not in hierarchical order.

7 comments on “The Five Questions: Something Extra for Pesach – Question #3 (What About Discipleship/Discipling?)”

Previous Post
« The Five Questions: Something Extra for Pesach – Question #2 (God's Purposes and the Gentile Presence in the Messianic Movement)