The Five Questions: Something Extra for Pesach - Question #1 (The Prioritization of Outreach) 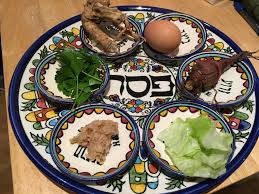 I recently posted a video on Facebook where I highlighted the Messianic Jewish Movement's general failure to attract other Jews to Yeshua-faith. In response, a good friend wrote the following, which I will address in a series of blogs. I am breaking up her comments into numbered paragraphs for ease of following, and giving each a title. Then I will follow with some brief responses to these excellent questions in a series of blogs. See that video HERE--> https://www.youtube.com/watch?v=DJ5FmR7mUlQ&t=28s

Normally, at Passover time (fast approaching) we have Four Questions. In these blogs we will deal with FIVE question. And today, I will respond to the first.

What follows is a brief response to the first of these excellent areas of inquiry.

QUESTION #1 - My Apparent Prioritization of Outreach

This prioritization has several sources, and is also not as absolute as is stated in your question.

7 comments on “The Five Questions: Something Extra for Pesach - Question #1 (The Prioritization of Outreach)”

Next Post
The Five Questions: Something Extra for Pesach – Question #2 (God's Purposes and the Gentile Presence in the Messianic Movement) »