The Bible and the Current "Me Too" Feeding Frenzy 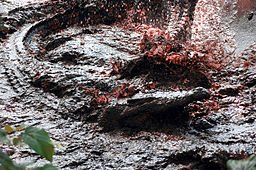 All of us are troubled by the daily reports of men being outed for having been inappropriate with women. And we should be disturbed. Whenever women are demeaned, mistreated, or abused, we should all be disturbed and supportive of those who have been victimized.

Currently, the term "victimization" covers a wide range of behaviors. Some cases are unambiguous, and all people of good will should reflexively recognize that an outrage has been committed. However, amidst the current climate of clamor, in some contexts all a woman needs report is that a man made her feel uncomfortable, whether by a comment, a look, or even a compliment. These are treated as in the same category as where there are men who have been outed for unwelcome or inappropriate touching. Then there is something that should disgust us even more, groping. But things get worse with some men guilty of exposing themselves, or forcing themselves upon women, often women in a weaker position in a professional hierarchy. This of course is abuse and deserves universal condemnation, legal action, and even incarceration.

But socially, the playing field has gotten quite level such that the accused, guilty or even not, become social pariahs  regardless of the magnitude of the action, from perceived unwelcome compliments or looks or even general creepiness to unwelcome actions, to worse.  People lose their jobs, their social standing, reputations, and of course, must look far and wide to find a welcome mat, which may not be anywhere available.

All of this has gained momentum, becoming something of a communal avalanche, so that the unwise, the creeps, and the predators are all swept away into the same oblivion of permanent disgrace.

Many people sense that things have achieved a momentum that is not in all ways good. On the one hand, it is good that those who have lived too long with some secret violation are at last feeling emboldened to bring things out the open, freeing themselves of some of the pain, outrage, and defilement they have been carrying. But on the other hand, some people are seeking to establish their own bonafides by pointing fingers at others whom they accuse of bad behavior, often toward third parties. Accusation is becoming a trend: and this too should be a cause for concern.

Three guidelines come to mind which might help restore some sanity and balance to this situation. These are offered in full recognition that abuse toward women of whatever kind and level is never O.K. and should not be ignored. We are not talking of that, but instead we are speaking of the abuses that can take place in a climate of stampeding public clamor. Here are the guidelines:

FIrst, we should learn from the Bible and especially from traditional Jewish discussion of those texts about the evils of lashon hora (evil speech) and all of its entailments, which are skillfully and thoroughly dissected in Jewish literature. Judaism grounds this preoccupation in a text from  Vayikra/Leviticus, which states,  "Thou shalt not go up and down as a talebearer among thy people; neither shalt thou stand idly by the blood of thy neighbor: I am the LORD" (19:16). This text is taken to remind us of two things:  Not to be gossips or "tale-bearers" and also not to listen to such tale-bearing, because to do the latter is to stand idly by while someone is being socially murdered.

We should realize that speech is very powerful. Jewish tradition likens our words to arrows which, once sent forth, cannot be recalled--they will do their damage despite what regrets we might have about having uttered them. And in the Newer Testament, James compares the tongue to a destructive fire. So we must learn to be VERY careful about what we say and ask ourselves if the matter in question is so serious and certain as to deserve social murder.

Beyond his, Judaism recognizes five major categories of lashon hora. See if you don't see our current climate reflected here.

Second, we should guard ourselves against gleeful denunciations. We should never take delight in speaking ill words of someone else.  This is an intoxicating habit, but we should never take pleasure in the downfall of others, except in the case of the outstandingly wicked despots and the like whose wickedness offends God and does violence to humanity.  Therefore, we do well to beware of the pleasure of conversations on-line or in person where camaraderie is built through shared denunciations. Such actions do you no good. It is far better to work on your own character than to delight in denouncing the character of others.

Third, our society lacks mechanisms for restoration. In the Bible the leper was perhaps the greatest pariah of all, yet, when his infection was certified as cured, there was a ceremony whereby he was completely restored to full participation in the community. But in our culture, where do our pariahs go for restoration? Nelson Mandela wisely led South Africa in a ritual of forgiveness and restoration of those who had sinned against the public in the era of Apartheid. In 1994, the Truth and Reconciliation Commission (TRC)  was established. it was a court-like restorative justice body assembled in South Africa after the abolition of apartheid. Witnesses who were identified as victims of gross human rights violations were invited to give statements about their experiences, and some were selected for public hearings. Perpetrators of violence could also give testimony and request amnesty from both civil and criminal prosecution. Despite some flaws, it is generally (although not universally) thought to have been successful.  Mandela wisely knew that the Republic of South Africa could not move forward as a house divided. He knew the value of reconciliation.

But in our society, we have no such mechanisms.  And especially in cases where people are denounced for minor infractions, but also in more substantial cases, we would do well to consider learning from the Bible which not only provided rituals of restoration, but which also speaks of pardon and forgiveness for those who are truly guilty.

“Wash yourselves clean!
Get your evil deeds out of my sight!
Stop doing evil, 17 learn to do good!
Seek justice, relieve the oppressed,
defend orphans, plead for the widow.

18 “Come now,” says Adonai,
“let’s talk this over together.
Even if your sins are like scarlet,
they will be white as snow;
even if they are red as crimson,
they will be like wool.
19 If you are willing and obedient,
you will eat the good of the land;
20 but if you refuse and rebel,
you will be eaten by the sword”;
for the mouth of Adonai has spoken. (Isaiah, Chapter One)

Where do the socially discarded go for restoration in our society, and do we care?  Should we?

I suggest we ought to tend to this problem, and be careful of being too gleeful in piling on with denunciations, committing social murder, especially in cases where we simply find someone distasteful.  Let's think twice and then do what's right.

Next Post
Charles Manson and the Rest of Us »