SURPRISE! You Can Believe in Yeshua and Not Know God 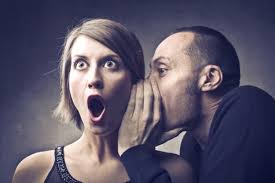 Because this will come as a surprise to most Yeshua-believers, I will need to defend my premise. How is it possible that one may believe in Yeshua and still not know God? To approach this let’s look at two issues: first, what it means to believe, and second, see what it means to know God.

What Does It Mean to Believe, in the Biblical Sense of the Word?

Belief is not assent. In fact, the term "believe" is an unfortunate English word for what the Bible means by faith-belief. Faith-belief involves transformative trust commital, such as what happens when a young woman says she will take this man to be her lawfully wedded husband, and he says he will take this woman to be his lawfully wedded wife. They go forth from this transaction sharing a new relationship which never existed before--they are involved in a covenantal trust committal. That is what it means to believe in the biblical sense. It is more than believing something to be so.

However, it is also true that one may covenantally entrust himself or herself to Yeshua the Messiah and still not know God, just as two people can walk away from the altar and never develop a marriage worthy of the name!  The precondition of that good marriage is there: they said "I do."  But after such a commital, for various reasons some marriages never grow and flower. So it is with people and God. They may believe in the sense of covenantal trust-committal, but never go on to experience what it means to truly know God.

What Does It Mean to Know God?

1. To know God is to have experiential savvy about him.

In the story of the Prophet Samuel, we read of when he was a little boy, living under the tutelage of the Priest Eli at the location of the Tabernacle at Shiloh. One night Samuel heard a voice calling his name, and three times ran to Eli saying, “Here I am, for you called me.” Samuel did not realize that it was not Eli calling him, but God. We read this commentary on these events:

7 Now Samuel did not yet know the Lord, and the word of the Lord had not yet been revealed to him. . . 9 Therefore Eli said to Samuel, “Go, lie down, and if he calls you, you shall say, ‘Speak, Lord, for your servant hears.’” So Samuel went and lay down in his place.10 And the Lord came and stood, calling as at other times, “Samuel! Samuel!” And Samuel said, “Speak, for your servant hears.” . . .

19 And Samuel grew, and the Lord was with him and let none of his words fall to the ground. 20 And all Israel from Dan to Beersheba knew that Samuel was established as a prophet of the Lord. 21 And the Lord appeared again at Shiloh, for the Lord revealed himself to Samuel at Shiloh by the word of the Lord.

Samuel did not yet have experience discerning the voice of the LORD, which more broadly speaking is that he did not have discernment to note the moving of God. This is one level of what it means to know God—by experience being able to sense when God is especially present, when He up to something, “moving” or “communicating” in some way. Samuel as a child did not yet have experiential savvy about God. He did not yet know him. And this is surely true of many believers in Yeshua: they have not gone on to develop experiential savvy about God. They do not know him. (By the way, "savvy" is related to the French word "savoir--to know.")

Earlier in the Bible we read about Joshua, the successor to Moses, and how he died at the age of 110 years.

And they buried him within the boundaries of his inheritance in Timnath-heres, in the hill country of Ephraim, north of the mountain of Gaash. And all that generation also were gathered to their fathers. And there arose another generation after them who did not know the LORD or the work that he had done for Israel. (Judges 2:6-10).

This new generation also did not have experiential savvy about God.

And like Samuel, there are people who have experiences with God but do not recognize them as such. These people need the assistance of qualified mentors who can help them, as Eli helped Samuel, to recognize the voice of God in their lives.

2. There are character evidences that demonstrate that a person does not know God.

One of the indictments of the Jewish people during the time of Jeremiah was that ,

The priests did not say, ‘Where is the LORD?’ Those who handle the law did not know me; the shepherds transgressed against [the LORD]; the prophets prophesied by Baal, and went after things that do not profit.(Jeremiah 2:8 ESV)

Here we find that the leaders were out of touch with what they could expect from God, they had no expectation that would cause them to say, “Where is the LORD?”, having grown stale in the relationship and really out of touch with the reality of God. Yes, there are even religious professionals who do not know God, and this passage gives some ways you can tell that you have encoutered such a person. Such people will disobey God's ways and even serve other gods and other concerns. Sometimes, such people may have known God in the biblical sense earlier in life, but then let this knowledge and relationship grow stale so that no relational knowledge of God remains. They have a party line but no relationship with the Leader of the Party.

3. To know God is to reflect his character in our own and in our dealings especially with the poor and needy. People who claim to know God and yet neglect or oppress the poor and the needy deceive themselves.

Later the text of Jeremiah gives these positive evidences  that a person indeed does have a relationship with God.

“He judged the cause of the poor and needy; then it was well.Is not this to know me? declares the LORD" (Jeremiah 22:16).

For although they knew God, they did not honor him as God or give thanks to him, but they became futile in their thinking, and their foolish hearts were darkened. Claiming to be wise, they became fools, and exchanged the glory of the immortal God for images resembling mortal man and birds and animals and creeping things.

By honoring and giving thanks to the God we encounter in nature, conscience, and experience we come into relational knowledge of him. This is what 1:28 deems “seeing fit to acknowledge God.” And if we fail to do so, we move away from that relational knowledge and our thought process become skewed and unreliable. It is as if we had a precious scientific instrument which we damaged so that its readings are no longer dependable.

The Prophet Hosea admonishes us this way: "So let us know, let us press on to know the LORD. His going forth is as certain as the dawn; And He will come to us like the rain, Like the spring rain watering the earth."

Knowing God is not a passive experience. It is not like something that falls down out of the sky, like some sort of divine hayloft. Rather, we ought to seek God. Here are some ways:

Press on to know him. Paul said it this way:

One thing I do: forgetting what lies behind and straining forward to what lies ahead, I press on toward the goal for the prize of the upward call of God in Messiah Yeshua. Let those of us who are mature think this way, and if in anything you think otherwise, God will reveal that also to you. Only let us hold true to what we have attained. (Philippians 3:13-16 ESV)

Do you know God? Have you grown in your relationship with him in the ways I outlined here?  Press on!

Previous Post
« What if Yeshua the Messiah Wants Jews to Be Observant?