Speaking of Tongues, or, Lashon Hora is Not a Dance – Part Two 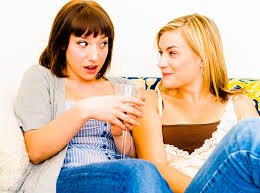 Last time we introduced the issue of WHY we should be concerned with verbal hygiene, with watching what we say. Today we are going to look more at the WHAT, that is, what kinds of speech should we avoid.

As mentioned last time, this material is part of an early draft of a forthcoming discipling book especially for Jewish Millennials, and yes, the title is secret. I should tell you that what I am sharing is not the last word on the subjects I am treating. Rather, it is meant to be the first word. There are other treatments far deeper and more nuanced, and I commend these to you.

But for me, here is some "First Aid" on the matter of speech ethics.

What is Lashon Hora?

Lashon Hora, literally “a bad tongue,” therefore, evil speech— is a term used broadly in Jewish life to indicate inappropriate speech in its many varieties. You would expect the term to apply to “bad-mouthing” someone, by telling lies about them, and it does. But it may surprise you to learn that the term is also used more narrowly of a particular kind of proscribed speech, that is, making true comments that portray someone in a negative light. How many times have you heard someone justify the bad things they said about someone else by saying, “Well, it’s true!” In Jewish ethics that really makes no difference. It’s still wrong.

Sometimes even seemingly positive or innocuous information can be devasting, even deadly. Joseph Telushkin tells us the story of a hero whose life was ruined because someone else could not keep his mouth shut.

Oliver Sipple, a former Marine, was standing in the right place at the right time when Sara Jane Moore aimed a gun at President Gerald Ford in 1975. Sipple grabbed her arm, deflecting her aim, becoming an instant hero. Reporters came to interview him, and he begged them not to write anything about him. But they did, including the fact that he was active in gay causes in the San Franscisco Bay Area. But what they did not now is that he had not “come out” to his parents.  When this came out, his mother stopped talking to him, and when she died four years later, his father told him not to come to the funeral. Sipple then became a heavy drinker, and a few years later, only 47 years old, a suicide.

No, just because something is true, it is not therefore harmless. So those of us who love chattering about other people need to step back and reconsider. Generally, the less said the better. I know without a doubt that I need to remember this. How about you?

Shortly after the death of Senator John McCain, someone sent me an article defaming him in strident tones. When I told my friend the article was mean-spirited, she said, “But it’s true!” We need to get it through our heads that this is not good enough. How many children, and even adults, have taken their lives because of being bullied by people who would protest that what they had said to them was “true.” Let’s get this clear: “True” is not good enough, it never is.

Perhaps we should all take to heart the aphorism made popular years ago,  that we should only say what is “true, necessary, and kind.”  Good words.

Two Kinds of Lashon Hora to Think About

There are two kinds of true statements about which we must take care: the most obvious is the true, but defamatory, statement. Consider these examples.

All of the foregoing are lashon hora, true comments that portray someone negatively. If you will pause for a moment you should realize that these kinds of statements are laced throughout our daily conversations. This kind of talk is normal in our day.

Here’s an exercise to bring this home to you: Try and go one week without saying something negative about anyone and without passively allowing that kind of speech in your presence. You will be amazed, embarrassed, and chastened. We are addicted to this stuff, and what’s worse, we generally don’t even notice. From the vantage point of the Bible, that really stinks.

In contrast to lashon hora which involves true comments, motzi shem ra involves false comments that portray someone negatively.  Here are some such statements:

Such statements, where the assessment of another is negative but without an irrefutable basis in fact are all examples of what Jewish life calls motzi shem ra.

Jewish speech ethics goes even deeper, and there is no doubt that all of us will find ourselves nailed in the process by a final category: consider rechilut.

Rechilut refers to statements that sow discord between people or cause people to think badly of others. This is gossip or tale-bearing.  It is the norm in our culture, and again, it stinks.

The term is derived from the root Torah text upon which all Jewish discussion of speech ethics is based, Vayikra/Leviticus 19:16 which says,  “Do not go around spreading slander among your people, but also don't stand idly by when your neighbor's life is at stake; I am ADONAI.”   A “rachil” is a person who loves going around and sharing the dirt. The term is used six times in the Older Testament: once in the Torah, twice in Proverbs, Twice in Jeremiah, and once in Ezekiel.  Let’s take a moment to look at these references and get a feeling for the meaning of the term rachil:

Looking at these six references, we can see that rechilut—being a rachil—therefore refers to people who exalt their own social standing by lowering the status of others. A rachil is a “put down artist.” Sadly, most of us probably know or have known someone who does this regularly. But all of us can fall into this trap. Here is what it looks like.  .

Believe it or not, we have just touched the fringes of what Jewish thought has to say about lashon hora. There are more terms and more gradations of the subject, and extensive discussion about extenuating circumstances when it is permitted to seek and to speak negative information about someone, and the limits placed even on that practice.

But so as to not overwhelm us let’s settle for the three terms we have so far considered. To review, we have identified :

I think we will all agree with the words of the movie, Apollo 13, “Houston, we have a problem.”

Next time we will talk about some concrete measures we might take to clean up the mess.

Previous Post
« Speaking of Tongues, or, Lashon Hora is Not a Dance - Part One

Next Post
Speaking of Tongues, or, Lashon Hora is Not a Dance – Part Three »