Some Often Unacknowledged and Unaddressed Problems with Outspoken Atheism: 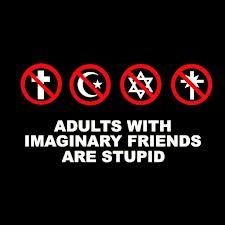 The other day I thought to list and assemble some intuitions and questions that periodically pop up in my mind about the position I would term “outspoken atheism.”  As a religious professional I encounter on the Internet both militant and outspoken atheists, the former often being nasty and contemptuous of those embracing any religious commitment, especially the Judaeo-Christian position. I find their contempt and cocksureness annoying, but I know it would be fruitless to engage with them and I almost always resist the urge. But it got me thinking, and here are some of my thoughts, hastily assembled.

First, some definitions: I would define an outspoken atheist as not simply a person who does not believe there is a God, or who believes the case to be unproven. which in my view is an agnostic—but one who denies there is a God—whose stance is against the proposition that there is a Creator God whose nature and will is the ultimate ground of morality. To the right of this is the militant atheist who not only holds to the outspoken atheist position, but also advocates for it seeking to unseat any other positions as pathological, ignorant, or otherwise pathetic.

I am not seeking to present here a case for God, or for the Judaeo-Christian worldview to which I adhere. I am only sharing some personal thoughts, scribbled down, which outline some of the issues which, in my experience, outspoken atheists have failed to face with appropriate seriousness or to answer convincingly if at all.

As a beginning assumption, let’s assume that outspoken atheists hold that what is, normally termed “reality” or perhaps “the space-time continuum,” simply is, and developed over the unimaginable intervals of  time. Furthermore, there is no Designer to whom we owe gratitude or allegiance.

I find outspoken atheism to be problematic because it creates far more problems than it solves, as partially outlined here, in my thoughts as a non-philosopher. It is problematic also as no one can or does live consistently with such views and unanswered questions. This reduces the outspoken atheist stance to verbal sparring driven by forces and concerns other than mere logic which is what I in fact often observe it to be. A consistent outspoken atheist could and in my view should be an unprincipled amoral hedonist, that is if he or she elected to choose pleasure over pain. This is so because in a universe reduced to mere mechanics, where personality, thought, values and aesthetics are mere illusions produced by the reaction of chemical and electrical impulses, and where each human’s existence ends in disintegration and nothingness, this is the only attractive choice. And that is precisely what I would choose to be, were I not a convinced adherent of a Judaeo Christian worldview. And I would treat any qualms of conscience as an inconvenience to be overcome as soon as possible.

One comment on “Some Often Unacknowledged and Unaddressed Problems with Outspoken Atheism:”

Next Post
The S-Word: Are We Servants of God or Are We Slaves, and the Difference It Makes »