Some Difficult Choices and Exciting Opportunities for the Messianic Jewish Movement 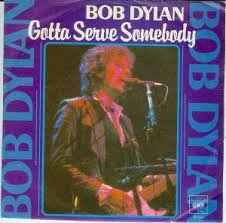 I pause in our normal rhythm of postings to share some ideas kindled by my recent trip to Russia. In today’s contemplation I want to direct our attention to two terms and to two issues. These terms and issues have everything to do with the Messianic Jewish Movement, its present and its future. And if we will hear what these terms and issues have to say to us, we will realize that some difficult choices lay before us in pursuit of God’s exciting possibilities for the Jewish people. The two terms were both developed in the early 1970s by genius missiologist Ralph D. Winter in his address “The Two Structures of God’s Redemptive Mission.” That address changed the world of missions by changing how people thought.  His terms just might do the same for the Messianic Jewish Movement some forty years later. Those two terms are modality and sodality.

A modality, is the people of God expressed primarily in the local congregation which exists as a center for the worship of God and the nurture of group members. You see this modeled most fully in the congregation in Jerusalem and its various functions as for example in Acts 2:42-47.

Complementing this is something called a sodality, which is the people of God gathered and going out in purpose and mission. This group exists not simply for self nurture but for an additional purpose, often extension and multiplication, or perhaps a group committed to feeding the poor, combatting slavery, etc. It is a group of people who, while being members of the people of God, is also bound together by an additional commitment which binds them together in thought, prayer and action. In the Bible we will find Paul’s missionary bands serving as the biblical archetype for this. Although they were sent out from the local church in Antioch, they were not simply an extension of that congregation, but had a life of their own, centered in a purpose, in Paul’s case, to bring Gentiles to the obedience of faith through faith in Yeshua the Messiah.

What we have discussed here has everything to do with today’s Messianic Movement. I would insist that the Movement as a whole, and certainly every congregation, needs to attain clarity on whether it exists to nurture existing members of the group [a sodality], or whether such congregations exist for an additional purpose as well.

This brings us to a diagram.

While traveling outside the United States recently, I saw something clearly that is also true for us here in the United States. In large measure many congregations have become modalities which exist primarily for the nurturing of those who wish to worship God and honor Yeshua in Jewish ways. Most of these congregations are majority Gentile, and in some areas of the world, most of the leaders are Gentiles as well. Even though such groups express a desire to win Jews to Yeshua-faith, one can see that the decisions made by such congregations and governing structures are oriented to meeting the needs of their existing constituents, and not alienating them, while maintaining the priority of worshipping God and honoring Yeshua in Jewish ways.

However, partially as our legacy from the missions world, other congregations and groupings exist as intentional sodalities, recognizing their primary mission and purpose to be linked to God’s purposes for the Jewish people and the growth of Yeshua faith among Jewish people. While the nurture of group members is also a concern, in governance, such groupings will pursue policies and make decisions which advance the cause of Yeshua-faith and of the Jewish people as a priority concern. And just for the record, I believe that God's sodality purpose for the Messianic Jewish Movement is that our congregations should be a sign, demonstration, and catalyst of God's consummating purposes for Israel. If not us, who? And if not now, when?

The two key words to bear in mind are “primary” and “intentionality.”  What is the primary character and call of your grouping/congregation? What is its primary intentionality which governs decision making? One might suggest that some of our congregations are modality/sodality hybrids. However, this would be a superficial judgment because decisions have to be made which advance one purpose while neglecting another.  There is always a bottom line.

This brings us to two issues with which we must deal.

The first issue for each leader, congregational leadership team, grouping and governing structure is this: What will your grouping be? Modality or sodality? Is the nurture of the previously committed and caution about alienating them your driving concern [a modality], or is there another governing purpose which would cause you to risk displeasing others in service of what is viewed to be a higher good? [a sodality]

We can see Paul functioning in the latter manner, true to the sodality nature of his apostolic band and apostolic call. He was prepared to lock horns with Peter, with the so-called Judaizers, and with the leaders in Jerusalem if needs be for the sake of his calling to the Gentiles. He made decisions and pursued policies which risked alienating others, including the Jewish community which he loved, for the sake of his sodality-calling to the Gentiles. People with a sodality call are always prepared to be misunderstood and vilified for a calling which not everyone embraces.

Consider for example James Hudson Taylor, the founder of the China Inland Mission.  British missionaries in the nineteenth century were expected to bring their Christian [read "British"] ways to the “heathen,”  But Taylor was governed by another concern. When he brought a band of missionaries to China, the largest party of missionaries ever sent to China, they all adopted a policy he had arrived at years before, grooming themselves and dressing like native born Chinese. Despite outspoken disapproval by others in the missions world, the party donned Chinese clothing. This included the men shaving their heads except for a patch of hair termed a queue and the women missionaries dressed as Chinese women did, something deemed semi-scandalous at the time. When other missionaries sought to preserve their British ways, Taylor was convinced that the Gospel would only take root on Chinese soil if missionaries were willing to affirm the culture of the people they were seeking to reach. He argued, from the example of the Apostle Paul, “Let us in everything not sinful become like the Chinese, that by all means we may save some.” Taylor and his people were governed by another consideration beyond the modalities of which they had been members. Their sodality commitment was primary and their intentionality for that purpose governed their decisions.

The same was true in the early days of Jews for Jesus. Moishe Rosen had been the Director of Missionary Training for a very conservative mission, the American Board of Missions to the Jews. When he came out to California and began hanging out with a bunch of bearded and bespangled hippies, when he gave up wearing a suit and crew cut exchanging these for longer hair, a mustache, and jeans, the respectable people in the missions world were scandalized and highly critical. But again, he was governed by a sodality commitment that went beyond the conventionalities of the in-group.

Returning then to the modern Messianic Jewish context, if you consider your grouping or congregation a sodality, the second issue is this: who are you prepared to offend and disappoint in service to what you perceive to be a higher calling? I am not recommending offending anyone. Nor am I saying that such sodalities cannot have Gentile members.  Such people can serve a sodality purpose for the Jewish people sacrificially and well when service to Jewish people is their highest priority. However, make no mistake about it: if you, your leaders, and your group are pursuing a sodality purpose, then it is certain that some people will be disappointed and upset that their needs are not being met and their preferences are being violated.  So who are you prepared to disappoint?

To the terms modality and sodality we must add a third: reality. It is a reality that you cannot serve every agenda, and when people's own priorities are not being honored, are going to feel unserved. To imagine otherwise is to fail to grasp reality. So you will need to ask and answer, "Who is your public and what is your purpose?"

As Bob Dylan said, "You gotta serve somebody." So choose this day whom you will serve, and therefore, choose who you are prepared to disappoint, if and when that becomes necessary. And from time to time it will. You can count on it.

That's reality as I see it.

Previous Post
« Torah Tuesdays with Moses our Mentor: Shavuot and the Gratitude Attitude

Next Post
Torah Tuesdays: Some Lessons on Leadership and Followership from Moses Our Mentor [Part I] »