Proposal: That We Declare a Moratorium on Adversarial Evangelism: The Columbo Method 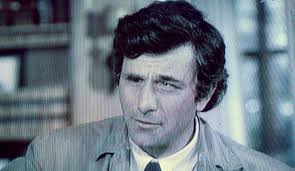 Many times. Make that too many times. No, make that way too many times I have seen people engaged in sharing Yeshua faith with others either as an exercise in one upmanship “I’m right and you’re wrong and let me show you why,” and or, angrily, put-downmanship,  “You’re a sinner and right now you are in the hands of an angry evangelist.” In either case, from the bottom of my heart, the verdict is the same: it stinketh.

Too many of us have gotten used to these approaches and consider them normal, Well,  it is certainly not the norm that God prefers we exemplify. I think it saddens him and disgraces him and the good news he wants us to proclaim. And for sure, it repels people. Not only do people want to avoid us: they will tell others to stay away. And really, can you blame them?

I’ve watched every episode of Peter Falk’s Lieutenant Columbo, and in most cases, more than once.  And years ago  I wondered what it would be like to share my faith with others  following Columbo’s style.

Recently, I ran across Greg Koukl’s masterful book, Tactics: A Game Plan for 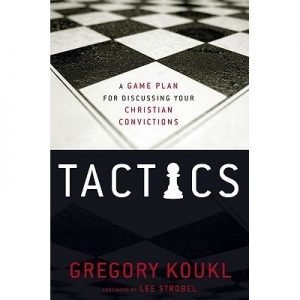 Discussing Your Christian Conviction in which he does just that.

If you will just revisit any Columbo episode, you will see this approach on display. Columbo seldom makes statements—almost never. Instead, he is busy observing details, and asking questions. And the person he is asking questions of is his suspect, who doesn’t realize Columbo is on to him or her and that Columbo is slowly entrapping the suspect through a net of questions, the answer to which, establish him or her as the guilty party.

While on the one hand, unlike Columbo, we are not seeking to entrap someone in an indictment of guilt, on the other hand, like Columbo, we are asking questions that by a process of elimination point in a single direction—in our case, in the direction of the truth of the biblical record, and the credentials of Yeshua as Lord and Savior.

The approach deals with the skillful, patient, and always polite employment of three kinds of questions, each category in turn, after the previous categories of questions have been exhaustively applied.

The first kind of question is the “What do you mean by that?” question. Suppose someone says to you, “There is no God.” We then begin, in a friendly manner, to gently interrogate our friend asking, “What do you man by that?  Are you sahing there is no God of any kind anywhere?” They will then respond with a clarification of what they mean, and, depending upon what they way, your question will still be some version of “What do you mean”/What are you saying?”

The second category of question which we gently migrate to after the first has petered out is the “Why do you say that?” question. Here, instead of asking for clarification of the meaning of our friend’s statement, we are asking that he or she justify their answer—demonstrating its credibility. We are not doing this in order to play gotcha!  “I’m right and you’re wrong” is not the name of the game. Rather, we are doing two things. First, like Columbo, we are gathering information. We are looking for their reasons for why they hold the position they do so as to prepare ourselves for addressing these reasons by further questions we might ask later. Also, when people examine their reasons for holding to a position, they themselves often become aware of the limitations of their position and the arguments used to support that position.

The third kind of question is the, "Have you ever considered?" question. This is where we come closest to making a statement rather than asking a question. Here, having listened attentively and respectfully to all our friend has been saying, and having analyzed within ourselves where they are coming from, and what are the strengths and weaknesses of their position, we now offer them an alternative to consider.

It bears repeating that here again, we are not seeking to prove them wrong and ourselves right. We are not seeking to win an argument. Rather, we are seeking to "put a pebble in their shoe," some thought, some idea, that will move them in a new direction and cause them to reconsider positions they formerly held.

Years ago, I knew a wonderful guy, Dr. Rick, a Veterinary Cardiologist who was furious when his Jewish wife came to Yeshua-faith. We was a scientist, from a nondescript nominal Christian background, and he had no use for any of this nonsense he wife was spouting. He told me of how one day, he was driving down the highway, and it was as if a window shade opened up in his windshield and this question penetrated his consciousness: "What if it's true?" Until that moment, this question had never been a real one to him. All of a sudden it was. It was a pebble in his shoe.

I strongly recommend Greg Koukl's book. It is brilliant and well-written. But more than that, I recommend you prayerfully seek and welcome opportunities to put a pebble in someone's shoe.

Previous Post
« An Inconvenient Truth: A Right Understanding of the One New Man