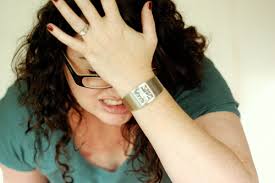 Various cultural forces have co-opted Jewish peoplehood and covenantal responsibility among Jewish believers in Yeshua, and intermarried family constellations. Jewish identity is being defined genetically instead of covenantally. We have forgotten that we are a people whom God formed for himself to show forth his praise (Isaiah 43:21). As a result, our next generation and the ones after that are apt to have an even more tenuous or even non-existent connection to Jewish life and identity. This is not good, nor is it what God intended!

Let's look at a few problems that are causing this erosion. See if you don't agree that these problems cry out for new and effective solutions.

We Have Privatized Our God-Relationships

As failure to feed and care for an infant leads to its death, so the greatest sin of Jewish believers in Yeshua (Jesus) in our day lies in murdering the past through neglecting to preserve it. I am greatly distressed as I see signs of this neglect at every turn. If the preservation of the Jewish past and its treasures is dependent upon the awareness and devoted care of most of the people and institutions of Jewish believers in Yeshua, then all is lost, or very nearly so. But this past is a living treasure—not the kind of treasure one puts in a museum or a vault, but a treasured way of thinking, believing, and acting that enriches the individual, the family, and the community, connecting us to our holy past, and preparing for a prophesied holy future, bringing richness of relationship with oneself, with each other, with the entire created order, and with the Creator himself.

I awakened to this impending loss not long ago while participating in that baby-naming ceremony, where the Hebrew Christian clergyman preached. While explaining the importance in Jewish life of giving our children names that link us to our ancestors, I remarked how we Jews perform such rituals because we know ourselves to be a living link between our peoples’ past and their future. The ritual reminds us that we are descendants of Abraham, Isaac, and Jacob, Sarah, Rebecca, Rachel and Leah. Not only members of families, we are part of a people. We stand there conjoining a holy Jewish past and a holy Jewish future. “In fact, if we do not serve this linking purpose the past dies with us.” This chilled me. But it is true. If we Jewish believers in Yeshua will not keep the past alive it will die.

Under the influence of current cultural trends, I now see precious few in the Messianic Jewish world who realize and who value their role as custodians of a holy past which God entrusted to our care to be preserved and delivered to coming generations.  Paul spoke in related terms to Timothy, saying “Guard, through the Holy Spirit who dwells in us, the treasure which has been entrusted to you: (2 Tim 1:14). People are not guarding. More often they are discarding. Could it be that we have lost our sense of being part of a people, entrusted with this people’s story and its holy things in the midst of time? It not only could be: it is.

We Are Living Life With Ourselves at the Center

Susceptible to the cultural trends around us, it seems that contemporary religious life is footnotes to René Descartes (1596-1650) who developed the principle of rationalism, locating the source of authority and epistemological certitude within. For him, the only sure starting point was oneself. He expressed this idea in his famous “cogito ergo sum” which should best be translated ’Because I know myself to be thinking, therefore I know that I am’. Certainty about truth begins and ends with me, and the authority to determine truth and falsehood, duty and freedom, reality and illusion is mine. Everything starts with oneself and one’s inner life of thought and feeling.

Today, in the evangelicalized world of most Jewish believers in Yeshua, we are experiencing a full-blown Cartesian revolution. “I think, read, pray, repent, believe, accept Yeshua as my personal savior, and therefore I am a child of God, all by myself. Certainty about spiritual reality begins and ends in me.” When evaluated against the sense of social obligation and accountability that often follow such a spiritual experience, one might say that often each such believer instinctively feels him- her-self to be not only a child of God, but also an only child.

This trend toward individualistic spirituality may also be understood as the narcissistic infantilizing of God-relationship, mirroring the pattern of an infant that knows him- her-self to be the center of all there is, with the world restricted to what the baby experiences. In the baby’s worldview the self is the base of reality, and everything else is experienced as a source of threat or discomfort, of pleasure, nurture, love, attention, neglect, relief of discomfort or failure to do so. And at first, the infant does not even realize that anything or anyone is other: it experiences its world as an extension of itself.

Similarly, many Jewish believers in Yeshua assume one can have Jesus as one’s personal savior without feeling intrinsically connected or beholden to anyone else. The idea of being responsible to others or for them is for many optional, offensive, intrusive and much to be avoided. And because it is avoidable, that is exactly what happens: we avoid these things or only choose them for a while, preserving for ourselves a huge back door.  This is doubly so when it comes to being accountable to and responsible for a tradition. Since those people (in the past) are dead, well, we don’t have to bother with them at all, do we? Gilbert Keith Chesterton commented on this conceit a century ago:

Tradition means giving votes to the most obscure of all classes, our ancestors. It is the democracy of the dead. Tradition refuses to submit to the small and arrogant oligarchy of those who merely happen to be walking about. All democrats object to men being disqualified by the accident of birth; tradition objects to their being disqualified by the accident of death.[1]

Sad, is it not, that many in our day not only have no regard for the past: they feel no obligation to the future. And so we are left with a spirituality of the immediate, or as comedian Flip Wilson brilliantly called it years ago, “The Church/Synagogue of What’s Happening Now.” However, Jewish believers in Yeshua did not disconnect from Jewish tradition unaided. We had help from the church.

That the Messianic Jewish world has learned to cut itself off from allegiance to the ways and worldview of our ancestors is partly due to a tradition of contempt, whereby many in the church have long viewed and taught Judaism to be little more than a launch pad for God’s better alternative, the church. From the second century onward, the church learned to commend itself to the pagan world by discommending the Jews and their religion. A visit to most seminary classes in Pauline theology will demonstrate how the weight of Christian teaching and rhetoric portrays the commandments of Torah, and thus, the Jewish way of life, as burdensome and expired, and with its alleged death, Judaism left a vestigial religion and the Jewish community left to inherit for itself the language Paul applied to the pagans of his day: “strangers to the covenants of promise, having no hope and without God in the world.”[2] “But be of good cheer,” says the church. “We are the new Israel, so come and join us. Come and assimilate, forget who you were and become one of us.” This is the sad legacy this tradition of contempt has bequeathed to the sons and daughters of Jews viewed as a discarded Plan A, while Jewish believers in Yeshua in Yeshua are invited and expected to come closer to God by forsaking their people and heritage. Yes, it is that bad, if not always and everywhere, certainly often.

Surely, not all Christians harbor such attitudes. That should be obvious. But that there are exceptions only goes to prove that there is a rule, and the rule is that Judaism and Jewish ritual life are regarded as a preliminary stage in God’s plans for the world. Although Jews and Jewish life may be treated with courtesy, in truth, Jews and Judaism need to get over themselves. Or so we’ve been told.

All of these factors, cultural, theological and historical make their influence felt in the totality of life. Even the language used of God-relationship has shifted, both in the world at large and in the world of Jewish believers in Yeshua. I speak here for the moment of God-relationship because the terms religion and spirituality have become problematic Nowadays, “religion” as a set of rules, responsibilities, sanctions, and restraints is definitely out. “Spirituality” as a testimony to one’s personal journey is definitely in.

The church and Messianic Jewish congregations are not only privatizing God-relationship. We are conceiving it on a vertical axis. It is “my personal relationship with God,” and “Jesus is my personal savior,” and the songs at my places of worship are most often in the first person, and even when they speak of God/Yeshua/the Holy Spirit in the second or third person, one will seldom if ever hear songs in the first person plural of who we are and of what God has done for us. It still more rare to find any contemporary Yeshua believing worship songs that speak of us Jews us as a people united in covenant relationship with other Jews across time, or in the Christian context of Christian believers  similarly united with the trans-generational people of God. We do not have communal worship any more: we have multi-individual personal worship. People sing to God with closed eyes: it is all between ourselves and God, and the others in the room, or even in the past or the future, are reduced to the status of distractions. Hence the closed eyes.

We have lost the horizontal axis. We see relating well to others as a “nice” and “proper” and “expected” outcome of our personal relationship with God. So, if we can find a good congregation and the people seem “cool,” we can try it out for a while. And if the worship team is hot, and the place has enough features that appeal to us, we might even join it and stay, that is, as long as things are happening. If the congregation becomes a disappointment, we can always go elsewhere, being careful not to slam the door on the way out. Indeed, some people leave so quietly you never notice they left. And some congregations are so preoccupied with the show up front, the members fail to notice who is present, who came in, and who just walked out.

More later as we look more at the situation, its problems, and a proposed solution.