Preventing the Failure of the Messianic Jewish Movement: My Answer to the Core Question [Part Two] 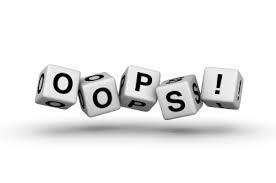 In my last posting, I said that the unique purpose for which God raised up the Messianic Jewish Movement is that we might be

A catalyst of God’s consummating purposes for His people Israel to the end that he be glorified as Israel’s God and Israel vindicated as His people, to the everlasting benefit of Israel, the nations, and the cosmos.

At the end of my posting, I mentioned something that bears more explaining—the greater commission. Let’s look at that for a moment, before going to the main subject of this post: the small print of what the fullness of Israel will look like, toward which we are meant to he that seed, sign, demonstration and catalyst.

In Romans, chapters nine to eleven, Paul speaks of two “fullnesses,” “the fullness of the nations” (11:25) and “the fullness of Israel” (11:12). In verse 12 he says,  “if their [Israel’s] transgression means riches for the world, and their loss means riches for the Gentiles, how much greater riches will their full inclusion bring!” In verse 15 he says the same thing another way, giving more details: “If their rejection brought reconciliation to the world, what will their acceptance be but life from the dead?” In other words, just as Israel’s stumbling, her transgression, her general failure to welcome Messiah when he fist came led to blessing for the entire Gentile world, then when the people of Israel instead say of him, “Blessed is he who comes in the name of the LORD,” this will mean “life from the dead,” that is, this will trigger the general resurrection of God’s people to eternal embodied immortality and party time for the entire cosmos.

To all reading this I therefore want to make clear that the imperative to help our Jewish people welcome Messiah is the responsibility of the Messianic Jewish Movement above all others. As I said last time, “If not us, who?” Our mandate to do so is what I term “the Greater Commission,” because as Paul says, the results are greater than the results of the Great Commission.

Some erroneously imagine and insist that the only issue we should be concerned with is that Jewish people come to Yeshua faith. But this is wrong, and indeed is at cross purposes with the details Scripture supplies concerning the fullness of Israel. While this is one of the imperatives with which we are charged, this imperative is nested in a group of imperatives by which the faithfulness—or the irrelevance—of the Messianic Jewish Movement will be judged by the Judge of all. And as I said earlier, if that one horse agenda were true, then if Baptists do a better job than we do at winning Jews to Yeshua faith, then we ought to dismantle the Messianic Jewish Movement and throw our support behind them. But no, we still have a set of responsibilities, and I believe that above all others, we are the ones charged with them.

That set of responsibilities, the small print of the fullness of Israel, is sketched for us by the Prophet Ezekiel, in chapter 37, verses 21-28 of his prophecies.

God’s end-time agenda for the Jewish people, of which we are called to be a seed, a sign, a demonstration and a catalyst has seven aspects:

This seven item agenda is God’s agenda for his Jewish people at the time of the end. How can it not be our agenda too? And if we neglect this, should the Messianic Jewish Movement expect the Messiah’s “Well done, thou good and faithful servants, enter into the joy of your master?” I don’t think so.

In my next post I will bring this series to a close by summarizing its major shape and tying it in solidly with the New Covenant spoken of by the Prophet Jeremiah, and quoted in the Newer Testament, such as in Hebrews chapter eight.  I will close by posing some questions all of us should ask and answer.

Previous Post
« Preventing the Failure of the Messianic Jewish Movement: My Answer to the Core Question [Part One]

Next Post
Preventing the Failure of the Messianic Jewish Movement: A Little Summary and Conclusion »