Preventing the Failure of the Messianic Jewish Movement: My Answer to the Core Question [Part One] 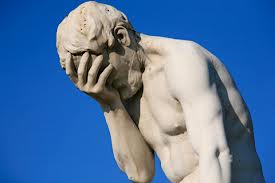 If you have been following this discussion you will know that the core question is this: "

For what unique purpose did God raise up the Messianic Jewish Movement?

I promised to give you my answer today, and here it is, at least Part One of that answer, which is somewhat lengthy.

Rachel Wolf, in her comments to an earlier post,  named a prior question that must be answered before we discuss the purpose of the the MJ Movement, and that is, God’s purpose for Israel herself. This is a wonderful question which is to become a recurring investigation of mine. I believe the ultimate answer will be a refinement of this one:

God purposes to manifest his glory in the sight of all nations, and all things visible and invisible through his people Israel and his dealings with them.

But what is God's glory?  Here are some thoughts:

Against such a background, for what unique purpose did God raise up the Messianic Jewish Movement? This is my answer:

God raised up the Messianic Jewish Movement that we might be a seed, a sign, a demonstration, and a catalyst of His consummating purposes for His people Israel to the end that he be glorified as Israel’s God and Israel be vindicated as His people, to the everlasting benefit of Israel, the nations, and the cosmos.

It should be obvious that we are nearing the consummation of all things.  Peter reminds us in Acts that we are now in the last days. TheLetter to the Hebrews opens with that assumption as well, "In these last days he has spoken to us by His Son,"

The purpose outlined above is robust and biblical. Let’s look at it in an outlined fashion by examining some key terms:

Seed - This seed function is wrapped up in our seeing ourselves as part of “the Remnant of Israel.” What does that mean? Dan Johnson[1] demonstrates how Scripture presents two different modalities of remnant identity, one being survivors of a time of judgment, the other being the seed from which God’s continuing purposes will be realized. Both of these perspectives are to be found in Romans 9 to 11. Johnson finds the earliest reference to the remnant as the seed and earnest of future blessing in the verb form used in Gen 7:23, “only Noach was left (vayisha’er akh noakh), along with those who were with him in the ark,” the term, vayish’er is a verb form related to the term sh’erit (remnant). As Noach/Noah, his family, and the animals in the left with them in the Ark (as a remnant) were a seed through which God’s purpose for the earth were to go forward, so we are meant to be a seed of God’s consummating purposes for his people Israel.

Sign – As a sign we are to be a living demonstration that something is coming, something remarkable from God, a divine inbreaking. Mission theologian Stan Nussbaum reminds us that Yeshua, the Apostles, and the early communities of believers were themselves signs in this sense.

Jesus and the early church understood that it was not their mission to impose the revolution of God’s reign but only to signal it. They did not overthrow Rome; they only acted as if they knew of something or someone more powerful and important than Rome. They did not pressure Rome to legislate equality between citizens and non-citizens; they showed the world what such equality looked like. They were gentle signs of things to come.

Is our movement a sign of the things to come for His people Israel, which will eventuate in the redemption and reconciliation of the cosmos? We should be!

Demonstration - We ought to be a demonstration of what God is up to with the Jewish people in these latter days. Just as the resurrected Yeshua was the first fruits of those who are asleep, the prototype of the resurrection of all, so we are meant to be the first fruits of Israel’s final redemption, a prototype, a display case of Israel’s destiny. Are we? Not really. Should we be? The answer can only be Yes!

Catalyst – We should not only be a demonstration of this future, not only a test case, but we should be a means of accelerating what God is up to among the Jewish people at the end of the age. I will explain what that means in more detail in my next posting. But notice that all of these aspects of the purpose of the Messianic Jewish Movement relate to what he is up to with and through the Jewish people at the end of time. This means that the Messianic Jewish Movement should be predominantly occupied with matters that concern God’s plans for His people Israel. And that has huge implications for how we form our congregations and our agendas, unless of course our agendas are unrelated to God's designs for Israel.

The Everlasting Benefit of Israel, the Nations and the Cosmos -  In Romans 11, Paul makes clear that when Israel enters into her consumation, this will be greater riches than the salvation of the nations. Why greater? Because the fullness of the nations meant the reconciliation of the world, but the fullness of Israel will mean life from the dead--that is, party time for the entire cosmos as the dead are raised to everlasting embodied immortality.  So everyone has a vested interest in Israel reaching her comnsummation.

I will explain more about this in tomorrow’s post, telling you wnat that consumation will look like, with some discussion of what that should mean for us now.

But for now, some questions to think about 🙂

2 comments on “Preventing the Failure of the Messianic Jewish Movement: My Answer to the Core Question [Part One]”

Next Post
Preventing the Failure of the Messianic Jewish Movement: My Answer to the Core Question [Part Two] »