Preventing the Failure of the Messianic Jewish Movement: Avoiding the Ephesian Consequence 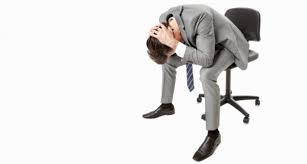 This series of posts on "Preventing the Failure of the Messaianic Jewish Movement," is rooted in a burden. To state the burden briefly, it is this:

I believe the Messianic Movement is failing to accomplish its calling.  Among the problems facing us is a lack of clarity on that calling, and therefore, obliviousness to the fact that we are failing to address and accomplish it.

It is like someone who is in his house, busy sculpting a beautiful statue, oblivious that a raging forest fire is only blocks away, about to destroy everything and everyone. Is it wrong to craft beautiful statues? No. But if that is not the need of the hour, then even a lovely and well-conducted project is a tragedy of the first order because of how it distracts one from the more pressing issue of life and death.

Our movement is busy crafting statues, often beautiful and skillful statues, requiring much hard labor. People demand that others admire them. Others lose themselves enraptured by their own artistry. For some the statues become idols, substitutes for the True and Living God and for what He has called us to. While too many of us are busy with our statutes, a matter of greatest urgency is ignored, and in time, perhaps a short time, it will become apparent how wastefully we spent our time and resources.

In Revelation Chapter Two, the risen Messiah addresses the Congregation at Ephesus with words that should concern us all:

I know your works, your toil and your patient endurance, and how you cannot bear with those who are evil, but have tested those who call themselves apostles and are not, and found them to be false. I know you are enduring patiently and bearing up for my name's sake, and you have not grown weary. But I have this against you, that you have abandoned the love you had at first. Remember therefore from where you have fallen; repent, and do the works you did at first. If not, I will come to you and remove your lampstand from its place, unless you repent (Revelation 2:2-6 ESV).

What is amazing about this passage is that even though the congregation at Ephesus was doing commendable things, because they had fallen from the Messiah’s highest priority for them, they were in danger of having their candlestick removed.

This brings me to what we might term the Ephesian Consequence: “If we are not fulfilling the purpose for which God raised us up, we can be removed.” This is true even if we are doing many commendable things: “crafting beautiful statues.” They may be lovely, they may be works of art worthy of much praise. But this makes no difference. To put this principle in the form of a question we need to ask,

And this is why it is crucial that we determine the purpose for which God raised up our movement, and apply ourselves to accomplishing that purpose.  Again, our core question is. "For what unique purpose did God raise up the Messianic Jewish Movement."

Can the Ephesian Consequence be far behind? Maybe yes, maybe no.  But are we wise to court the risk?

From examining the rhetoric and behavior of our movement, here are some of the purposes which people attach to the Messianic Jewish Movement.

Even if one were to believe that one or more of these purposes are noble, right and good, do any of them comprehensively capture the unique purpose for which God raised up the Messianic Jewish Movement? A cautious, fair, and biblically informed thinker would say, “Probably not,” and most would join me in saying, “Certainly not.”   Again, even if you judge some of these to be good and right purposes, they are not in themselves adequate as likely descriptions of why God raised up the Messianic Jewish movement.

Some give prioirty of place to the sixth purposes listed above, "To win Jews to faith in Yeshua."  But is this in itself a right description of the unique calling of the Messianic Jewish Movement?  No, because there are many others, such as the missions community, which believe themselves called to this.  And besides, if for example we judged that the Southern Baptists, the missions community or someone else was doing "a better job" at winning Jews to Yeshua-faith, would that make the Messianic Jewish movemetn redundant?  No, the truth lies elsewhere entirely. This purpose is not a sufficient reason for being for the Messianic Jewish congregational movement.

Despite even our good works, our beautiful statues, echoing his word to the Ephesians, I think we must say the Risen Messiah has something against us—that we are failing to achieve his core purpose for us. In fact, isn't it clear that our movement and its leaders have failed even to rightly discern and to agree on the purpose or purposes for which we have been raised up? In my experience, it seem that many have never even asked the question!

This is serious business, which is why I am so impassioned about this. If we fail to discern and to serve God's purpose for our movement, I for one fear the Ephesian Consequence.

In my next post I will outline my answer to the core question, "Why did God raise up the Messianic Jewish Movement?"  That will come tomorrow. Meanwhile, I invite you in your comments to answer the question yourself, in one sentence please.

5 comments on “Preventing the Failure of the Messianic Jewish Movement: Avoiding the Ephesian Consequence”

Previous Post
« Preventing the Failure of the Messianic Jewish Movement: It’s Not the Gentiles’ Fault

Next Post
Preventing the Failure of the Messianic Jewish Movement: My Answer to the Core Question [Part One] »