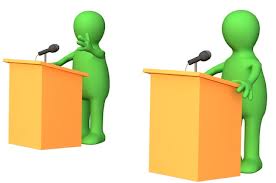 You make a rhetorical move which, while commonly attributed to Christians, is a caricature: that people are consigned to hell for not believing in Jesus Christ, that a Nazi who makes a death bed confession of faith goes to a blessed eternal reward while the Anne Frank or some other righteous individual goes to hell.  This kind of bumper sticker theology is hardly representative of Christian theological thought or consonant with an intelligent reading of the Apostolic Witness [The Newer Testament].  Again, you pick an  extremist view which distorts the nature of the biblical witness, and treat this as typical. You yourself report that Christian thought has turned away from such a caricature.

Speaking of Jesus’ affirmation of obedience to Torah, you quoted earlier from the beginning of the Sermon on the Mount. Were you not familiar with the passage at the end of that sermon where Jesus says,

Beware of the false prophets! They come to you wearing sheep's clothing, but underneath they are hungry wolves! You will recognize them by their fruit. Can people pick grapes from thorn bushes, or figs from thistles? Likewise, every healthy tree produces good fruit, but a poor tree produces bad fruit. A healthy tree cannot bear bad fruit, or a poor tree good fruit. Any tree that does not produce good fruit is cut down and thrown in the fire! So you will recognize them by their fruit.  “Not everyone who says to me, `Lord, Lord!' will enter the Kingdom of Heaven, only those who do what my Father in heaven wants. On that Day, many will say to me, `Lord, Lord! Didn't we prophesy in your name? Didn't we expel demons in your name? Didn't we perform many miracles in your name?'  Then I will tell them to their faces, `I never knew you! Get away from me, you workers of lawlessness!

Yeshua specifically repudiates the caricature you raise—he says that confession of him as Lord apart from righteousness of life will do no one any good.  While many think that Christianity teaches otherwise, such passages correct these misconceptions. I can only conclude that you didn’t know this passage, making it a less egregious fault that you presented such a grotesque cartoon caricature as the norm.  And just for the record,  Christians will tell you that the people who go to perdition do so because of their sins, and the “hell passages" in the Newer Testament are especially aimed at the adamantly wicked rather than at those who flunked God’s theology test! In fact, right after the famous cliché passage, “For God so loved the world . . .” we read that “God did not send His Son into the world to condemn the world but that the world might be saved through him.”  Jesus is not the harbinger of bad news you portray him to be, despite the distortions of the faith one can find among the unlearned or unsophisticated. But you are not unlearned, rabbi!

You go on to say this:

The Jesus who said (in Matthew 10:34-37), “Think not that I am come to send peace on earth; I came not to send peace, but a sword. For I am come to set a man at variance against his father, and the daughter against her mother,” is not a Jesus whom I can accept as a moral model. The statement is consistent, however, with the Jesus of Luke 14:26, who says, “If any man come to me, and hate not his father, and mother, and wife, and children, and brethren, and sisters, yea, and his own life also, he cannot be my disciple.”

Here again you fail to reflect  your  considerable learning.  Jesus is an oral teacher, speaking mainly to common people. He speaks in hyperbolic, graphic, visual language so that those who hear him will have no trouble understanding, retaining, and passing on to others what he says. I am sure in your own sermons even to the literate people of Sinai Temple you often search for an arresting and graphic image, one that will be long remembered even after the text upon which you were speaking is forgotten. When Jesus says he did not come to bring peace but a sword, and when he speaks of intimate family members being set against one another, he is speaking of how divided people will be because of his message. The same has always been true of prophets.  There were those who sided with them, the seven thousand who had not bowed the knee to Baal, and also the multitudes who sought to kill the very same prophets, which is why, for example, Elijah had to always hide out from Ahab and Jezebel. Yeshua is speaking graphically: he is saying, “Don’t kid yourselves: people will choose sides because of what I say and who I am, and it is going to get hot.”  The same has always been true. Some idolized Martin Luther King, others longed to lynch him. And Ghandi inspired the violence that cost him his life.

As for the “hate” language in Luke 14:26, you are learned enough to know that this is covenantal language. When the Shema calls us to “love the Lord your God with all your heart, with all your soul and with all your mind,” it is speaking not of emotions but of choices—to choose the will of HaShem in every area of life. But of course you know this! Conversely, to “hate” is to NOT choose, but to reject.  This is why Malachi reports God’s verdict, “Jacob have I loved, but Esau I hated.” This was not a report on the emotional life of the Holy One, but of his choosing Jacob instead of Esau.  You know this too.

You also know that our tradition asks why the command to honor our father and mother is back to back with the command to honor the Sabbath [Vayikra/Leviticus 19:3], and reports that one must honor one’s father and mother only insofar as that is consistent with observing the mitzvot—to forego honoring one’s father and mother when this conflicts with an overruling love and priority.  Please note that the Jewish tradition makes this point because it assumes that there must be times when one chooses even against the most fundamental of human obligations and relationships when obedience to God is a stake.  This is not a contemptible invention of the Nazarene! Yeshua is reporting the same thing as the tradition, and for someone as learned as yourself to miss this can only mean that you are looking to find fault. I can assure you that those engaged in such a search will always find what they seek. I am afraid it is for just this reason that you choose to see Jesus as peevish with a fig tree at the very same time he is on his way to offer his life for the well-being of others. You have found what you were looking for, but I dare say there are others besides myself disappointed with what appears to be a witchhunt.

You then return to discussing how the teachings of Jesus find their parallels in Talmudic literature. Of course!  You quote a number of times from Matthew, where Jesus himself says in chapter 23 that the Pharisees sit in Moses’ seat and that therefore his disciples ought to do whatever they say, but not to imitate them when their example is bad, when they do not practice what they preach. Only those committed to denigrating and finding fauilt with the Jewish tradition could miss or minimize Jesus’ commitment to Jewish life and tradition, a commitment the apostles shared. Even Paul, the shaliach/apostle to the Gentiles lived his whole life within halachic boundaries. Returning to Yeshua/Jesus, it would be a very strange Jewish teacher for whom none of his teachings related to the tradition in which he functioned.  It is no surprise at all that Jesus and the tradition complement each other—it is a plain and obvious fact, missed only by those seeking to distance Jesus from his own world.

And yes, you are right again that “Jesus' criticisms of the rabbis of his day are echoed in the literature of the prophets centuries before.” They are also echoed in the Talmud, where our sages repeatedly demonstrate their integrity through critiquing their own.

Your argument that “It remains significant . .  that the vast majority of people who knew him did not see Jesus as divine. Unless the entire Jewish population of Jerusalem at the time was either wicked or foolish, they–who knew Jesus far better than we, who saw him and spoke to him and knew his family –did not respond to his presumed divinity because he was clearly human” fails on two accounts. First of all, Yeshua’s divine status by its very nature unprecedented. The Apostles themselves struggled to find language to register what they had encountered. It is for this reason that they borrow from Jewish Intertestamental Wisdom categories in order to speak of him: they could find no other language to convey the magnitude of their encounter. And that multitudes of his contemporaries seemed unimpressed with Jesus is no more an argument against his stature than the fact that our people repeatedly rebelled against Moses and his leadership proves that he was not very impressive. But of course, that is nonsense, isn't it?