On Not Bashing the Oral Law and the Rabbis of Israel 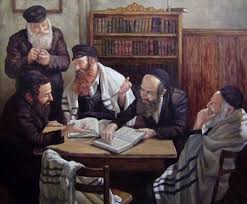 On Facebook I recently saw a video debunking the idea that God gave an Oral Torah to Moses on Mt Sinai. But the presentation went further than this, raising two subsidiary objections.   You may see the video here.

First Objection: They said that the Rabbis “invented” the Oral Torah as a means of controlling the Jewish people after the destruction of the Temple.

I would strongly urge that one be very careful about making such a statement because it attributes to the rabbis as a class a Machiavellian intent which must be proven on a wider basis than “impressions” or prior negative experiences with someone in today's rabbinic establishment. Do we really want to say that on the heels of the Destruction of the Temple, the rabbis , in collusion, invented this body of Law as a means controlling the Jews?

A more reasonable position is as follows: Students and scribes tended to write down their methods and notes on various issues. At this earlier stage, there was no intent to translate these notes into a system of law. What was valued instead was a living tradition, where each person was expected to seek out the wise and learned ones in their community as well as the judges of that day in order to determine a righteous judgment on what might be the best verdict on the behavior being contemplated.

After the destruction of the Temple, with the Jewish community in danger of disintegrating now that the symbolic, political, and judicial center was gone, the authorities welcomed the codification of a standardized Jewish law as a means of preserving the legacy of this people and fostering their continuity. This led to the creation of the Mishna, completed sometime around 200 A.D., while referencing older discussions. But the Mishna was not an invention: it was a codifcation, an authoritative collection of discussion already extant in the community.

Returning to our earlier point, it seems mean-spirited and uncalled for to attribute to the rabbis as a class a certain cunning and malevolent intent, and to deny that they, and all Israel, were doing the best they knew how, fighting for their survival in the aftermath of a profound national tragedy. The accusation is just plain nasty.

Second Objection: They said that there is obviously no such thing as an Oral Torah since this is not mentioned in the Tanach, hut only written sources are.

First I will agree that the idea that God gave all of the details of Oral Torah to Moses at Sinai is problematic, but this view is really a caricature of the position held by most religious Jews, and the idea that Moses received every jot and tittle of Oral Torah at Mt Sinai is a way of saying it remains authoritative for Israel, but it should not be taken as the party line that needs to be refuted. There are other stories in the Jewish tradition which highlight that Moses does not know all of Oral Torah, and these stories, likewise fanciful are given to make one or more important points.

For example, there is a place in the tractate Menahot when the Rabbis imagine what took place when Moses ascended Mount Sinai to receive the Torah. Moses ascended to heaven, where he found God busily adding crown like ornaments to the letters of the Torah. Moses asked God what He was doing and God explained that in the future there will be a man named Akiva, son of Joseph, who will base a huge mountain of Jewish law on these very orthographic ornaments (Akiva lived in the first century). Intrigued, Moses asks God to show this man to him. Moses is told to ‘go back eighteen rows,’ and suddenly, as in a dream, he is in a classroom, with the class is in session,  and Rabbi Akiva, the teacher.

Akiva is explaining Torah to his disciples, but Moses is completely unable to follow the lesson. It is far too complicated for him. This makes him very sad until one of the disciples asks Akiva how he knows something is true and Akiva answers: ‘It is derived from a law given to Moses on Mount Sinai.’ Upon hearing this answer, Moses is satisfied - though he can’t resist asking why, if such brilliant men as Akiva exist, Moses needs to be the one to deliver the Torah. At this point God loses patience and tells Moses, ‘Silence, it’s my will.'”

Clearly, such stories are told for the values they explore, and for the tensions they examine within the tradition. And equally clearly, picking fights with rhetorical points in such legendary stories is a weak method of commending one’s own position.

Finally, the idea that there is no Oral Law because it is not mentioned in Torah is an argument from silence that has no  value. Saying that because the Bible does not address X, then X did not exist among the children of Israel is strange. Remember too that the authors of the video I was watching insist there is really no such thing as an Oral Law prior to its having been “invented” by the rabbis after the Destruction in 70 C.E. That this is a worthless argument is easy to demonstrate.

To believe it is true, we must assume that after the Jews received the Torah on Mt Sinai, they never discussed how they were going to obey it, because the MOMENT you discuss how you are going to obey, and how it is to be applied under varying conditions, etc. you have an Oral Law. This video imagines that this discussion NEVER happened but that the Rabbis “invented” the Oral Law after the destruction of the Temple. As pleasing as this must be to many people due to their theological grids, it is obviously false, unless you can credibly assume that the Jews, for at least fifteen hundred years, NEVER discussed how they were going to obey, how they were going to prioritize matters, when they were going to do what, and what about X, Y, and Z circumstances? To say that such discussion never took place for 1500 years is obviously a fairy tale, but one to be received with joy by those looking to discredit “the religion of the rabbis.”

I don’t think the rabbis are always right. Nor are they always wrong. But I do think it is wrong to attack the rabbis as a class. After all, it wasn’t the ministers and Christian Bible students that kept the Jews and their Judaism alive in the blood- and tear-soaked exilic wanderings of the seed of Jacob.  What kept the Jews alive and in faith was the work of the rabbis and the religion they presented and subscribed to.

We owe something to the rabbis of Israel.  But is not contempt and mistrust. It is gratitude and admiration, even where and when they disagree with us.

And to the extent that we have entertained the kinds of spurious and nasty arguments I outlined here, we owe them one thing more.

Next Post
Who Needs Oral Torah? On Living a Jewish Life »