Offering Religion to a Secularizing and Intermarrying Public: A Hopeless Cause? 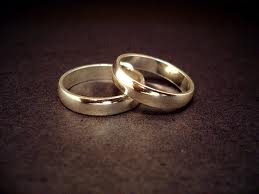 These interests  also bring us into contact with the intermarried. And when opportunity arises, we challenge intermarried people to ask and answer this question: "Considering our life situation, what would it mean for us to seek and to serve the purpose of God?" This is a good question, but for many people, both Jewish and Gentile, it is not a question they are apt to ask themselves, unless God and circumstances move them to do so,

3 comments on “Offering Religion to a Secularizing and Intermarrying Public: A Hopeless Cause?”

Previous Post
« Intermarriage: The No No That is Now Now

Next Post
Intermarriage and Faith in Jesus: Is it Good For the Jews? »