Some of My Best Friends Are False Prophets - Prophecies, Politics, and Present Responsiblities (Part 2) 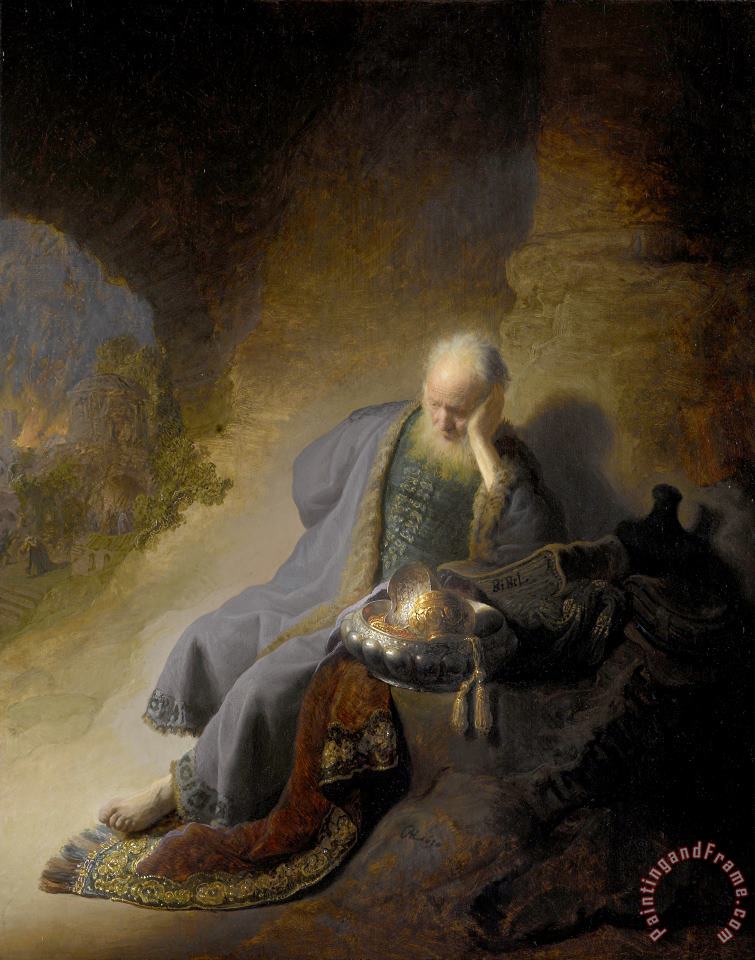 In my prior post, I mentioned that my major goal in this series of blogs is to challenge us all to give heed to an undoubtedly valid prophetic voice challenging all of us to realize that God’s will for us and our times may well contradict our most treasured spiritual values and expectations. After some necessary preliminaries, we will be examining Jeremiah 25-29 where this is spelled out for us.

I stated that we can only appreciate the impact of these chapters if we will first deal with three preliminary matters followed by a fourth, the Jeremiah chapters.  We considered the first of those matters last time, "A matter of definition: How does NT prophecy operate?" This current post will examine "A Matter of Caution: Some of My Best Friends are False Prophets."

False Prophets of Our Time and Place

Fully describing various breeds of false prophets is a book-length contemplation, not needed here.  Instead we will restrict ourselves to snares we are all currently facing from false prophets and false prophecy, with special attention to what Jeremiah says about the phenomenon. We are preparing ourselves to hear from Jeremiah, a true prophet, examining his words to his own generation, and even to our own.

So what special warnings about false prophets should we be keeping in mind?

The Sincerely Wrong - Remember: false  prophets are not necessarily malignantly wicked cunning deceivers. Instead they can be average people who are simply self-deceived. They are sincere, but they are wrong and not to be followed.

All it takes to be a false prophet is to insist on prophesying something that is false, a message from one’s own psyche but not from God.

Jeremiah clues us in.

Adonai - Tzva’ot says: “Don’t listen to the words of the prophets who are prophesying to you. They are making you act foolishly, telling you visions from their own minds and not from the mouth of Adonai. They keep reassuring those who despise me, ‘ Adonai says you will be safe and secure,’ and saying to all living by their own stubborn hearts, ‘Nothing bad will happen to you.’ But which of them has been present at the council of Adonai to see and hear his word? Who has paid attention to his word enough to hear it? (Jeremiah 23:16-18).

They may think they have the word of the LORD, but it is their own imaginings they report.

“The prophets are prophesying lies in my name. I didn’t send them, order them or speak to them. They are prophesying false visions to you, worthless divinations, the delusions of their own minds” (Jeremiah 14:14).

Again, these are not necessarily malicious people. Often they are simply deluded or mistaken, and when others follow them, then, in Yeshua’s words, we have the blind leading the blind.

The Knowingly Deceptive - Of course, some prophets are not simply deceived: they are themselves deceivers. Jeremiah repeatedly calls these false prophets liars, and the New Covenant picks up this strain also, as in 1 John 2:22: “Who is the liar, if not the one who denies that Yeshua is the Messiah? This one is the anti-messiah—the one who denies the Father and the Son.” Yeshua also warns of such intentional deceivers, who seek to seduce people away from their proper loyalties in ways that serve the prophets’ own ends: “There will appear false Messiahs and false prophets performing signs and wonders for the purpose, if possible, of misleading the chosen” (Mark 13:22).

Profiteering Prophets - Jeremiah, who teaches us more about true prophets and false prophets than anyone else, tells us what the New Covenant also affirms: that yes, there are some false prophets who do what they do for the Almighty dollar. They are in it for the money: “For from the least to the greatest of them, all are greedy for gain; prophets and cohanim alike, they all practice fraud” (Jeremiah 6:13). Alongside the dollar, there is another kind of riches such people seek: the heady drug of influence. They are in it for the rush.

Preferred Prophets - Jeremiah then supplies a diagnosis especially relevant to our times. He is in contact with the first wave of exiles to Babylon, the leadership class taken there by Nebuchadnezzar. In chapter 29:15, the prophet  reports the words of these exiles, who reject his dire predictions and his counsel that they accommodate to this new exilic reality. Instead of heeding him, they consider his prophecies fake news. They prefer a more upbeat kind of message, that their sojourn in Babylon is just a bump in the road, and that they will be returning to Jerusalem before long along with the Temple vessels purloined by Nebuchadnezzar. These exiles respond to Jeremiah’s unwelcome word with words of their own: “The LORD has raised up prophets for us in Babylon.” Their message to this true prophet of ADONAI is, “No thank you. We have prophets of our own now,” pleasing prophets who were telling them the kind of message they prefered to hear.

The New Covenant corroborates this human tendency, “. . . the time is coming when people will not have patience for sound teaching [they will not tolerate the Jeremiahs], but will cater to their passions and gather around themselves teachers who say whatever their ears itch to hear [“The LORD has raised up for us prophets in Babylon”] (see 2 Tim 4:3).

There are a bundle of psychological dynamics here that are playing out in our own day. Whether it’s COVID-19 or the coming election, people reject and mass themselves against a bad news message, and bury their hands in a more tasty dish.

Tailor-Made Prophets - For us in our time, sometimes it is the crowd that makes the prophet. The adulation and appetite of an audience can stimulates someone to self-deceit and to inflate their iffy experiences into grandiose claims of prophetic anointing. The people develop itching ears, the prophets love to scratch them, and they get admiration and esteem for doing so.

Let’s summarize and conclude this section with some key thoughts.

False prophecy is common, more common than the true. But God’s prophetic gifting is also real. And in the New Testament sense, such true prophets will not be self-aggrandizing, they will not be in the business of prophecy for profit, they will not be surfing on adulation. Instead, they will humbly submit their reports of what the Spirit seems to be telling them to the refining fire of the community’s consideration and discussion.

Next time we will continue this series by looking at "A Matter For Consideration - Jeremiah's Challenge To His Time." To prepare to consider it, why not read Jeremiah 25-29 in at least two translations?

11 comments on “Some of My Best Friends Are False Prophets - Prophecies, Politics, and Present Responsiblities (Part 2)”

Previous Post
« Toward a Profitable View of Prophets - Of Prophecies, Politics, and Present Responsiblities (Part 1)

Next Post
When the Bad News is God's News and the Good News is Fake News - Of Prophecies, Politics, and Present Responsibilities (Part 3) »