Nothing is Clear Until Our Calling is Clear: Our Special Calling to our Jewish People 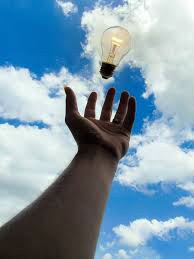 In every area of life, but especially as we view ourselves to be servants of God, we would do well to gain clarity on one particular issue - "What is my/our calling?"  In other words, considering my identity and the responsibilities to which I am linked by virtue of that identity, who am I called to be and what am I being called to do?
This issue is endlessly discussed in Messianic Jewish circles. Anyone familiar with the movement will know that to be true. But in the last couple of years a new wrinkle has arisen in that discussion, and I would like to at least attempt to iron out this wrinkle in today's blog.
The wrinkle states of the Messianic Jewish Movement, "We are called to all people and not just to the Jewish people." I have even heard it said, "It is a sin for us to focus on the Jewish people." As a credentialed PhD in Missiology (the study of what we as God's people are sent forth to do in the world, from the Latin, missio, meaning "sent"), I must protest. And I must do it loudly. This seemingly harmless bold print statement about what it is we are sent to be and to do can easily erode the entire enterprise of both our being and our doing, leaving us wandering lost in a conceptual wilderness, without a proper calling or direction in harmony with the will of the One who sent us.
Here is where the problem sits. Messianic Jewish congregations and their varied institutional offshoots are absolutely not as effective as they ought to be in serving their primary calling, to expedite the Fullness of Israel. However, it is not pleasant to confront ourselves with our irrelevance and failure in this regard. One of the ways SOME avoid this discomfort is by fudging on the goal, and saying, "Well, God wants us to win everyone." While this is TRUE Joe, it is also true that for some it is a spiritual-sounding cop-out. It dodges our inescapable and primary calling to the Jewish people.
The Jewish people are a unique people. The Bible specifically states "Who is like your people Israel, the one nation on earth whom God went to redeem to be his people, making himself a name and doing for them great and awesome things by driving out before your people, whom you redeemed for yourself from Egypt, a nation and its gods." God tells our people through Amos, "You only have I known of all the families of the earth; therefore I will punish you for all your iniquities." We are even told, without Divine embarrassment, "This is a people who dwells apart, that shall not be numbered with the nations."
The assumption throughout the Bible is that all humanity is to be conceived of not as an amorphous whole but as Israel and the nations, the Jews and everyone else. Paul says, "What advantage had the Jew and what is the value of circumcision? Much in every way . . ." He goes on in chapter nine of Romans to discuss nine divine distinctives of this people: "They are Israelites, and to them belong the adoption, the glory, the covenants, the giving of the law, the worship, and the promises. To them belong the patriarchs, and from their race, according to the flesh, is the Christ, who is God over all, blessed forever. Amen. "(ESV) These verbs are present tense and the distinctions remain.
What I am stressing is that for the MJ Movement to treat the Jewish people as a unique people is NOT an exercise in chauvinism, although without doubt too many people may be chauvinistic because of factors interior to themselves.
We must not forget that the consummation of God's plans for the universe will not be accomplished apart from two fullnesses being accomplished: the fullness of Israel and the fullness of everyone else. (Notice God's uneven mathematics)! For that reason, and many others, we must NEVER soothe ourselves into being comfortable with any ineffectiveness in reaching our people. Our particular missional calling must become an agenda item so stark that we cannot avoid its light, nor get out from under the shadows it creates. And we must not hide behind some sort of universal calling, no matter how proper, if we are doing so as a means of avoiding the convicting glare of our missional calling.
In the light of that calling many other things become clear. But until that clarity is attained, we will live in a world of missiological murk.
Are there other things we are sent to do besides that are inescapably our responsibility?  Certainly. In my recent book, Converging Destinies: Jews. Christians, and the Mission of God, I define God's mission, what He is up to in the world, in this fashion:

Mission is the Triune God’s extending and expressing Godself within and through the created order in blessing, judgment and redemption so as to call forth a people for God’s own Name from among Israel and the nations, reconciling them to each other, and enlisting them in individual, familial, and communal obedience of faith for the sake of His name in all aspects of relationship with the social, spiritual, and material aspects of the created order. This bi-lateral ekklesia is sent by the Triune God to increase God’s glory through mirroring God’s self-extension and self-expression in its own self-extension and self expression, and in calling others from among Israel and the nations into the life here described and into participation in local communities of the faithful, looking forward to and hastening the consummation of all things in the new heavens and the new earth, free from the curse of sin and death, where righteousness dwells, and all things visible and invisible live together in loving synergistic celebratory harmony to the glory of God, world without end.

Of course we are not going to discuss all of that now. It is just presented as evidence that I fully understand that our tasks are diverse and we must not develop tunnel vision, even of the sanctified variety. Nevertheless, Messianic Jewish communities, their members, and their institutions must neither forget nor obscure their unique and inescapable calling to serve all aspects of the Fullness of Israel.
Far from being a sin, wherever faithfulness to this calling is in evidence, it will be a shining virtue.
But there is a difference between shining and shining ourselves on.
It's time for more shining and less shining on.

6 comments on “Nothing is Clear Until Our Calling is Clear: Our Special Calling to our Jewish People”

Previous Post
« Rosh HaShana, the Great Jewish Hope, and All of Us

Next Post
Fishing for People: Tell Them About Your Experience with God »