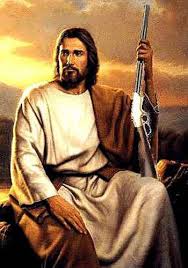 We can learn a lot that other people have forgotten just by looking closely at the story of Yeshua's meeting with a Samaritan woman. We need to take this look because many people who think they've found the Savior of their souls have really settled for a bogus Jesus. Here is the passage, from John/Yochanan, Chapter Four:

5 He came to a town in Shomron called Sh’khem, near the field Ya‘akov had given to his son Yosef. 6 Ya‘akov’s Well was there; so Yeshua, exhausted from his travel, sat down by the well; it was about noon. 7 A woman from Shomron came to draw some water; and Yeshua said to her, “Give me a drink of water.” 8 (His talmidim had gone into town to buy food.) 9 The woman from Shomron said to him, “How is it that you, a Jew, ask for water from me, a woman of Shomron?” (For Jews don’t associate with people from Shomron.)10 Yeshua answered her, “If you knew God’s gift, that is, who it is saying to you, ‘Give me a drink of water,’ then you would have asked him; and he would have given you living water.”

11 She said to him, “Sir, you don’t have a bucket, and the well is deep; so where do you get this ‘living water’? 12 You aren’t greater than our father Ya‘akov, are you? He gave us this well and drank from it, and so did his sons and his cattle.” 13 Yeshua answered, “Everyone who drinks this water will get thirsty again, 14 but whoever drinks the water I will give him will never be thirsty again! On the contrary, the water I give him will become a spring of water inside him, welling up into eternal life!”

15 “Sir, give me this water,” the woman said to him, “so that I won’t have to be thirsty and keep coming here to draw water.” 16 He said to her, “Go, call your husband, and come back.” 17 She answered, “I don’t have a husband.” Yeshua said to her, “You’re right, you don’t have a husband! 18 You’ve had five husbands in the past, and you’re not married to the man you’re living with now! You’ve spoken the truth!”

19 “Sir, I can see that you are a prophet,” the woman replied. 20 “Our fathers worshipped on this mountain, but you people say that the place where one has to worship is in Yerushalayim.” 21 Yeshua said, “Lady, believe me, the time is coming when you will worship the Father neither on this mountain nor in Yerushalayim. 22 You people don’t know what you are worshipping; we worship what we do know, because salvation comes from the Jews. 23 But the time is coming — indeed, it’s here now — when the true worshippers will worship the Father spiritually and truly, for these are the kind of people the Father wants worshipping him. 24 God is spirit; and worshippers must worship him spiritually and truly.”

25 The woman replied, “I know that Mashiach is coming” (that is, “the one who has been anointed”). “When he comes, he will tell us everything.” 26 Yeshua said to her, “I, the person speaking to you, am he.”

27 Just then, his talmidim arrived. They were amazed that he was talking with a woman; but none of them said, “What do you want?” or, “Why are you talking with her?” 28 So the woman left her water-jar, went back to the town and said to the people there, 29 “Come, see a man who told me everything I’ve ever done. Could it be that this is the Messiah?”30 They left the town and began coming toward him.

31 Meanwhile, the talmidim were urging Yeshua, “Rabbi, eat something.” 32 But he answered, “I have food to eat that you don’t know about.” 33 At this, the talmidim asked one another, “Could someone have brought him food?” 34 Yeshua said to them, “My food is to do what the one who sent me wants and to bring his work to completion. 35 Don’t you have a saying, ‘Four more months and then the harvest’? Well, what I say to you is: open your eyes and look at the fields! They’re already ripe for harvest! 36 The one who reaps receives his wages and gathers fruit for eternal life, so that the reaper and the sower may be glad together — 37 for in this matter, the proverb, ‘One sows and another reaps,’ holds true. 38 I sent you to reap what you haven’t worked for. Others have done the hard labor, and you have benefited from their work.”

39 Many people from that town in Shomron put their trust in him because of the woman’s testimony, “He told me all the things I did.” 40 So when these people from Shomron came to him, they asked him to stay with them. He stayed two days, 41 and many more came to trust because of what he said. 42 They said to the woman, “We no longer trust because of what you said, because we have heard for ourselves. We know indeed that this man really is the Savior of the world.”

If you want to avoid embracing a bogus Jesus, then the Yeshua/Jesus of your thought and experience ought to manifest the following characterisitics found in this chapter.

So come to the Bible, and come often. Refresh your mind and your spirit on what God has to say about life, about himself, and about Yeshua. And remember what Yeshua said, "You shall know the truth, and the truth shall set you free." Anything else is . . .  bogus.

6 comments on “No More Bogus Jesus”

Next Post
The Lousy Way Some People Lift Jesus Higher »