Moses Had Intermarriage Problems: Lessons to Learn - Part One 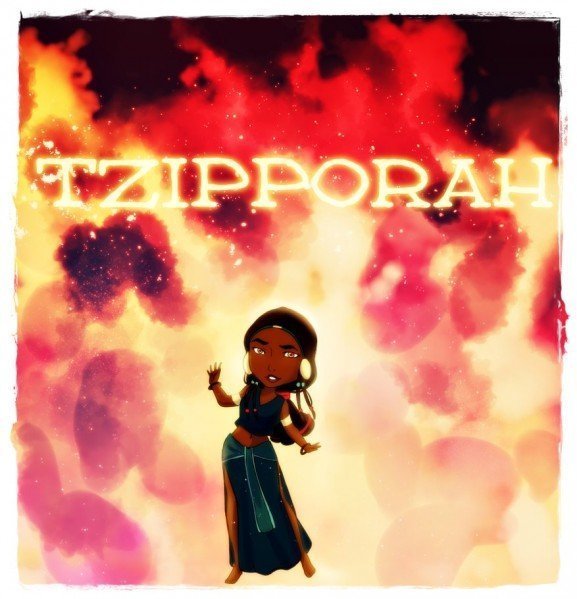 The story of Moses, his wife Tzipporah, and their family situation outlines the dynamics and challenges of many interfaith relationships.  It is fascinating to see the intermarriage stresses that surfaced in Moses’ life and how they compare to issues we confront today.

Moses and Tzipporah came from two different religious backgrounds, Moses, Jewish of course, and Tzipporah, Midianite. In fact her father was a clergyman of the Midianite faith, “a priest of Midian.”  Although there may have been broad cultural affinities between Midianite faith and the faith of the children of Israel, as in the case of Christian/Jewish marriages where affinities also exist, there were tensions. That this is so is evident from a mysterious incident early in Exodus even before Moses gets back to Egypt to tell Pharaoh to “let my people go.”

The story early in Exodus tells us this:

At a lodging-place on the way, ADONAI met Moshe and would have killed him, had not Tzipporah taken a flintstone and cut off the foreskin of her son. She threw it at his feet, saying, "What a bloody bridegroom you are for me!" But then, God let Moshe be. She added, "A bloody bridegroom because of the circumcision!"

What’s going on here? Moshe/Moses is being sent by God to go back to Egypt to assume the leadership of the people of Israel, and to take the lead in a ten plague confrontation with Pharaoh that would lead to the Exodus.  As the one who would henceforth lead this people for forty years, it was crucial that he model for them the kind of faithfulness that God required of the Jews. But here he was, with a son who had not been circumcised!  Reading between the lines it is easy for us to see what is going on here. Apparently, Tzipporah his wife was opposed to the idea!  Remember now, this is an intermarriage!  Moses apparently acquiesced to her refusal, but God was not pleased. Therefore, as they stopped in a lodging place during their journey back to Egypt, “ADONAI met Moshe and would have killed him.” To God it was a big deal that the iconic leader of the children of Israel should model to them faithfulness to the covenant by circumcising his son.

Tzipporah realizes what is happening, and resentfully goes and circumcises the baby, before throwing the foreskin down at Moses’ feet saying, “What a bloody bridegroom you are for me,” as if to say, “Here!  This is for you and your bloody Jewish God!”

Whew!  What an intermarriage conflict!

Now, I can sympathize. I have been at enough b'ritot millah [circumcisions] to see how repugnant this is for mothers who have for eight days been nursing their precious little babies. It is a tough thing for them. But in addition to this, Tzipporah is at an early stage of relationship with her husband’s God and his tradition. This is no covenantal imperative for her, and she wants no part of it. Although at first she prevails over Moses, and she must have been a fiery woman, after God seeks to slay him, she realizes she has to comply. But does she like it?  You know the answer to that one!

Especially with the coming of children, if you are intermarried, you can count on experiencing friction, even sharp friction, over matters of religious ritual. These tensions are multiplied because the children born are also the grandchildren, nieces, nephews, and cousins of the members of both families of origin of the husband and wife.

I know one couple where the wife comes from a home where Christmas and Christmas decorations are always a big deal. But her Jewish husband would not allow these things in the house with their children, and even found visits to their Christian grandma at Christmas time  threatening. Now this may not become a battle line for you, but you can be sure that some sort of battle will come. There's a Tzipporah situation waiting out there for you, and it pays to prepare for it.

Here at Interfaithfulness we stand ready to assist you in anticipating, preparing for, and handling these flash points. Give us a call or send a note. That’s why we’re here. After all, it's not just Boy Scouts who need to "Be Prepared."

9 comments on “Moses Had Intermarriage Problems: Lessons to Learn - Part One”

Next Post
What's On The Back Burner In Your Intermarriage? A Book Review »