Moishe Rosen, The Lubavitcher Rebbe, and Me 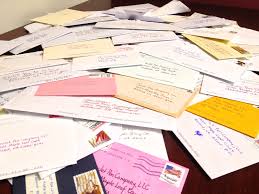 I first met Moishe Rosen, the founder of Jews for Jesus in 1967/1968. I was 23-24, and he was 37. This was in New York City. After a few years he moved to California, and from time to time wrote me letters encouraging me to move out there. But it wasn’t only to me that he wrote letters. For many years, Moishe spent hours every day writing letters of all kinds to all kinds of people, and he was a superb letter writer. His letters raised a lot of money, rallied a lot of people to his cause, and comforted and challenged lots of correspondents. Surely his letters had much to do with my eventually moving to California early in 1973.

Lately I have been reading an extraordinary book about an extraordinary man. The book, by Rabbi Joseph Telushkin, is “Rebbe: The Life And Teachings Of Menachem M. Schneerson, The Most Influential Rabbi In Modern History.” This is one of those books that one hates to see end because it is so fascinating. Rabbi Telushkin is the rightly celebrated author of about twenty other books on Jewish subjects. In his Introduction to this, he says that researching about the Rebbe made a better man of him. And reading Telushkin's treatment is making better man of me.

The Rebbe was remarkable for his focused life, his brilliance, his indefatigable energies, his productivity, his organizational genius, and his impact on many thousands, actually millions of lives. Before I was twenty pages into the book I was moved to tears by the example of his life, and the way he dealt with people. I will have much more to say about the Rebbe when I write a review of Telushkin’s book, and perhaps one or two others about the Rebbe, which I certainly will do. But for now I want to comment on one thing: his letter writing.

The Rebbe slept about two or three hours a night, and the rest of the time he was in public, teaching, praying for hours daily, meeting with literally thousands of people even in a single day, conducting personal interviews with all kinds of people three times a week from about 8:00 p.m. to 3:00 in the morning, running an empire in the billions of dollars, although he himself lived humbly. No fancy briefcase for the Rebbe, for example. You are more likely to see old grainy black and white pictures of him walking in the street carrying a paper bag . . . and in that bag, letters.

He was the second largest recipient of personal mail in all of New York City. And he responded to those letters. Whether to all of them, I cannot say, but I can say there were many thousands of them, many  now collected in fifty volumes. And these were letters of advice to people seeking it, organizational letters to his followers, great letters, learned letters, pastoral letters, ideological letters, catalytic letters, remarkable letters. And I am so struck by his example. None of us on our busiest day is as busy as the Rebbe was every day for the 44 years he served as Rebbe, never leaving Brooklyn except to visit the gravesite of his father in law, seldom leaving an area of a few city blocks. Yet, amidst all his busyness, he wrote thousands upon thousands of letters.

Yes, he almost always dictated them, but also he often corrected those letters, and he read each of the thousands he received. And, get this, he personally signed every one of his letters. When his secretary protested that they could get a machine to sign his signature, the Rebbe responded, “What? People write me about their problems and heartaches and relationship with God and I should send them back a letter signed by a machine?” Such was the man. And such was the example.

So let me ask you, when was the last time you received a personal letter? And when was the last time you wrote a personal letter and put it in an envelope and sent it to someone?  Don’t talk to me about our beloved Internet. It’s not the same! Please don’t talk to me about texting, God forbid. As in the case of Rabbi Telushkin, so for me, the Rebbe is making a better man of me. Last week I wrote and sent a personal letter to an old friend. This is the first time I have written such a letter, probably in years! And I am going to continue. Does it take time? Of course it does! This letter was typed and personally signed, and even though my handwriting gives graphologists migraines, I may even write some letters long hand because these are as personal as it gets.

There are few things as impactful as receiving a letter written just for you by someone who cares about you or about some cause addressed in the letter. And if we don’t have time to show people that we care about them or about some cause or the things of God, what do we have time for? And what are we?

Some of you are going to be getting a personal letter from me. Now you know why. How about writing some yourself? And please, let no one say they don’t have time!

And remember to care enough about people and the things of God that you just might inconvenience yourself.

Previous Post
« FAQ/Q&A Fridays: Is the Law a Dead Issue?

Next Post
Lessons in Living from Moses Our Mentor: On Being a Great Leader or a Bad Follower »