Messiah Mondays: How To Prove to Jews That Jesus is Not the Messiah - A Guide for Christians 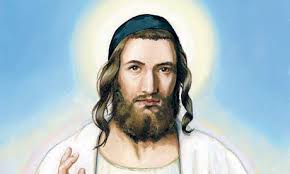 The following is presented as a public service to those Christians who want to make sure that Jews never give Yeshua/Jesus a second thought.

6 comments on “Messiah Mondays: How To Prove to Jews That Jesus is Not the Messiah - A Guide for Christians”

Next Post
Torah Tuesdays with Moses our Mentor: Shavuot and the Gratitude Attitude »