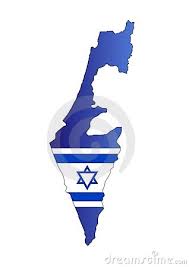 Suppose the unthinkable happened, God forbid, and the State of Israel got eliminated. What then would be the center of Jewish cohesion?

I was recently in Florida, where so many of our people live. I saw many of them, retirement age, but making no pretense of staying within the boundaries of Passover eating. These were Jews whose identity is wrapped up in a sense of the privilege of being Jews, who would insist that their grandchildren marry other Jews, and who, of course, are loyal to Israel, as am I. But religious life, well, that was for another time and another place, long ago and far away.

In 1997, Elliot Abrams wrote Faith or Fear: How Jews Can Survive in Christian America, in which he considered what causes and concerns have typically bound the Jewish community together as a people. At one time it was commitment to the separation of church and state, and another, the threat of anti-Semitism, and more recently, the Shoah.  And now of course, there is commitment to the Jewish state.

I am Zionist and committed to Israel personally, religiously, passionately. But what of those Jews here in America for whom Israel has become a fetish, while the covenantal demands of a long ago and far away Judaism are hallowed memories, and no more than that?

What if anti-Semitism dies down again (please God) and what if American Jews become secure that the wall between Church and State is secure. And what if the State of Israel were no more? What would there be to bind us together as a people, and what would be the legacy we would pass on to our children?

Abrams insisted that the only lasting bond we share is covenantal. That what binds Jews together is what binds them as a people to God, a life of Torah and mitzvot. In Abrams’ words, ''The American Jewish community must conceive of itself as a religious community.'' And I would take it further than simply American Jews. I would say that all Jews must see ourselves as a religious community, because really, isn't that what God made us to be>

So, with many Jewish Yeshua believers indifferent to or ambivalent about what they have learned to call “rabbinic Judaism,” what strong core is left to bind them to other Jews as a people, a core they can entrust to their children?

Many people of my generation are living on second-hand Jewish memories, having been raised by parents who were raised in religious homes. But the further we get away from Jewish ritualized intentionality, the more that memory fades, and there are too many children being raised now by Jewish believers in Yeshua now who really have no affective and covenantal Jewish memories that connect them to the Jewish people and the Jewish past, other than some meetings their parents drag them to once a week, where very often, what passed for Judaism would not pass the smell test for any other Jews and would be perceived an outrageous side-show by our ancestors.

So that brings us to the question: If we leave off living a life of Torah and Mitzvot in common with other Jews across time and not simply in our own idiosyncratic ways, are we willing to accept the responsibility for thereby having weakened the cohesion and survival of the Jewish community?

To put it another way, what has taken the place in our lives formlerly occupied by absolute trust in and obedient loyalty to the God of our ancestors, honoring Him in the ways to which we have been committed as a people? What has taken the place of Jewish covenantal living? And whatever it is, no matter how good, hasn't that become for us an idol?

Some time soon I will look at the flip side of this issue, the danger that comfortable Jews in America might lose sight of how crucial the State of Israel is to the survival of our people, or even be indifferent to it.