Lessons in Living from Moses Our Mentor: On Being a Great Leader or a Bad Follower 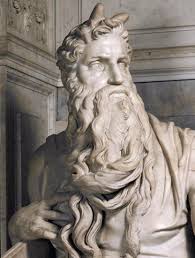 In this week's parasha, Korach, we see the continued disastrous effects of spreading lashon hora, negative speech. In Bamidbar/Numbers chapter twelve, it was Miriam, Moses' sister, who spoke evil of her brother, by  chapters thirteen and fourteen, it was ten out of the twelve spies who engaged in slander, not only of Moses, but of Aaron and of the Holy One, Blessed be He. In Miriam's case, God smote her with a loathesome skin disease, and in the case of the spies, who panicked the entire nation with their bad report and slander against Moses and against God, the consequencs were that that entire generation from the age of 20 and upward was banned from entering the Promised Land, condemned to wander 40 more years in the wilderness until they died out, except Caleb and Joshua who had a different spirit about them, and brought a good report. They alone of that generation entered the Land.

This week we see how the slanderous bad attitude spreads further.  Korah, Dathan, Abiram and 250 Levites, leaders among the people, slander Moses, Aaron and Miriam, their kinsmen. Again, the consequences are dire.

But besides the account of these bad attitudes and dire consequences, we read of good leadership and good character. We stand to learn from the mistakes of some, and the good example of others. Today's lesson teaches useful and life-enhancing leadership principles you won't want to miss.

If you are ambitious, I recommend you read each of the Scripture passages indicated in the study, and then read the notes. You will learn lessons you should never forget. Promise!

In Numbers 16:1-3 we read that Korah, Dathan and Abiram and 250 other Levites rose up agains Moses and Aaron "You have gone too far!  All the congregation is holy, so where do you come off exalting yourselves above the people of Israel?" This reminds us of our first principle.

PRINCIPLE #1:  Rebellion breeds rebellion, which is why a leader must deal strongly with whatever kind of rebellion threatens the fabric of the particular context.

In Numbers, 16:4, Moses and Aaron fall down on their face, a gesture of being radically appalled.

PRINCIPLE #2: God’s leaders never lose the capacity to be appalled.

Were they ashamed when they committed abomination?
No, they were not at all ashamed;
they did not know how to blush.
Therefore they shall fall among those who fall;

at the time that I punish them, they shall be overthrown,”
says the Lord.[ESV, Jeremiah 6:15]
Is it your observation that many in our society seem to be losing the capacity to be appalled?  Is this a good thing?

In Numbers 16:5-11 Moses calls Korah and his companions to a showdown on the issue of whether Moses and Aaron have unnecessarily vaunted themselves over Israel by claiming access to the Presence of God which by rights belongs to all the people. He tells them to show up the next day with their censers, in which incense is burnt, so that judgment may be meted out to those who have indeed gone too far . . . either Moses and Aaron, or, on the other hand Korah and his company.

PRINCIPLE #3: A mature leader does not seek conflict, but neither does he avoid it. Sometimes “showdowns” must be conducted.

PRINCIPLE #4:  A mature leader knows that rebellion is seldom if ever really personal, but that those in rebellion are in the end fighting against authority in general, which inevitably means, against God. In other words, a leader facing rebellion should remind himself that it is the rebels who have the authority problem, that is, unless the inequities they name are valid, and all appropriate channels of protest and change, blocked.

In Numbers 16:12-15, Korah and his companions characterize Moses' an Aaron's alleged offenses agains the people in the most inflated and incendiary terms. The language bears quotation:

And Moses sent to call Dathan and Abiram the sons of Eliab, and they said, “We will not come up. Is it a small thing that you have brought us up out of a land flowing with milk and honey, to kill us in the wilderness, that you must also make yourself a prince over us? Moreover, you have not brought us into a land flowing with milk and honey, nor given us inheritance of fields and vineyards. Will you put out the eyes of these men? We will not come up.” (Numbers 16:12-14 ESV)

PRINCIPLE #5:  People with authority problems always present a distorted picture of the leaders they despise because the picture they present is a projection from their disordered minds rather than a portrait of reality as it is.

In Numbers 16:16-22 Moses repeats the summons to the confrontation, and Korah and the rebels show up in force, this time bringing the entire congregation with them. Here again, the dissent is spreading, and not by accident. It is the intent of Korah and company to polarize the people against Moses and Aaron. At this point the glory of the LORD manifests, and God tells Moses and Aaron that He is prepared to wipe out the people entirely for their effrontery. But our next principle indicates how Moses and Aaron respond to this proposition.

PRINCIPLE #6:  When taking disciplinary action, a great leader will avoid overkill and will not seek it.

As soon as he had finished speaking all these words, the ground under them split apart. And the earth opened its mouth and swallowed them up, with their households and all the people who belonged to Korah and all their goods. So they and all that belonged to them went down alive into Sheol, and the earth closed over them, and they perished from the midst of the assembly. And all Israel who were around them fled at their cry, for they said, “Lest the earth swallow us up!” And fire came out from the LORD and consumed the 250 men offering the incense. (Numbers 16:31-35 ESV)

PRINCIPLE #7:  It is always wise to distance one’s self from people with an authority problem, lest one be caught up in the consequences of their rebellion.

In Numbers 16:36-40 God gives directions that the censers the rebels had used in their illegitimate approach to God's presence should be reclaimed and hammered into a covering for the altar. Thus they would always be there in front of the people, and especally in front of the Levites, as a reminder of the dire consequences of wrongly assuming privileges that are not one's own, an of rebelling against God's order of things. This brings us to our eighth principle.

PRINCIPLE #8: Great leaders know the value of a symbolic act.

In Numbers 16:41-50 we find that the virus of lashon hora, evil speech, is not yet removed from the encampment of Israel. The people come back at Moses and Aaron, holding tem responsible for the deaths of the rebels, about whom we just read. Somehow the people have not yet fully understood that the judgments being meted out are from God's hand, not from that of Moses or Aaron. However, they are about to learn the hard way. God informs Moses and Aaron that he is about to strike the people, Moses and Aaron again fall on their faces, and then Moses tells Aaron,

“Take your censer, and put fire on it from off the altar and lay incense on it and carry it quickly to the congregation and make atonement for them, for wrath has gone out from the LORD; the plague has begun.” So Aaron took it as Moses said and ran into the midst of the assembly. And behold, the plague had already begun among the people. And he put on the incense and made atonement for the people. And he stood between the dead and the living, and the plague was stopped. Now those who died in the plague were 14,700, besides those who died in the affair of Korah. And Aaron returned to Moses at the entrance of the tent of meeting, when the plague was stopped. (Numbers 16:46-50 ESV)

PRINCIPLE #9 – A leader is above all motivated by the well-being of his people.

PRINCIPLE #10 - There will be times when a God-ordained leader will stand between the dead and the living, when his words and influence will be life-giving, and when refusal of that influence will mean spiritual decay and death. It is a terrifying responsibility to be a leader; but also a terrifying responsibility to be a follower.

A friend of mine, born in Englad, who was bombed out of her home four times during the Blitz since she lived in Liverpool, one of the Nazis' prime targets, says that Churchill in his words to the British people, and C. S. Lewis on the radio in his words to their spirits, kept England alive during the war. Like Aaron the High Priest, they stood between the dead and the living.

May my words and yours frequently be life-giving to others, and may we learn from today's leson what great leadership is, while never repeating the errors of Israel in the wilderness.

Previous Post
« Moishe Rosen, The Lubavitcher Rebbe, and Me

Next Post
Even Cranky People are Right Sometimes: A Word About Messianic Jewish Conferences »