Lessons from Sinai For The Messianic Jewish Movement 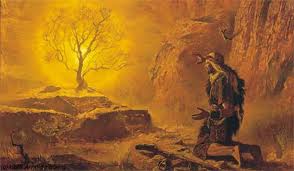 In the Messianic Jewish world I am known for insisting that Jewish repentance entails a return to covenant faithfulness expressed in loving adherence to the mitzvot, the commandments we have received in Torah.  I have been teaching this for decades, intensifying my efforts in recent blogs here at www.interfaithfulness.org

Whenever I produce biblical arguments for this, which I find rather compelling, without fail someone will ask me, “Well, what is that observance going to look like?” I usually remind them that our practice should be in concert with the general flow of Jewish consensus since the Torah was given not to us as individuals, or even to us as a movement, but to the Jewish people as a people. I remark that it takes a special brand of chutzpah to imagine that we can and should figure out the shape of our Torah obedience apart from dialogue with those people to whom it was given and who have been grappling with the issue for thousands of years.

Even after giving such an answer, frequently I get pressed for more specifics. Often, these questions are what I term “avoidance questions,” asked to avoid or postpone a given course of action.  We see this style of communication demonstrated for us when Moses meets HaShem for the first time at Mount Sinai before he sends him to tell Pharaoh to “Let my people go that they might serve me in the wilderness.”  But not only does that encounter hold out to us examples of “avoidance questions,” it also holds the answer to the Messianic Jewish question about “What is that observance going to look like?”  Let’s look at the encounter for a moment. I will offer my argument in three points.

In the well-known story, Moses is tending the flock of his father in law Yitro when he displays first curiosity and then fear. At first he is curious about this bush that is burning and yet is not consumed. Then, when he discovers God is in it, he hides his eyes: “Moshe covered his face, because he was afraid to look at God” v.6. People can be that way when making theological inquiry: at first they are curious, but then become afraid when they sense the consequences of their encounter with this new thing. As a case in point, repeatedly people express curiosity about the issues and arguments I raise about the persistence of the obligation to live Torah-structured lives as a modality for even Messianic Jews to honor God. And I further demonstrate that the prophets insisted God would bring Jews back to Torah in the last days, which we have already entered. Finally I show how both Testaments attest to these realities. But when people get curious, they then get afraid to look at these issues, like Moses at the bush. In a sense, they cover their faces because they are afraid to see what they might see.

Therefore my first point is, “People tend to 'cover their faces,' that is, to prevent themselves from looking more deeply at things that may have initially aroused their curiosity because they are afraid to look more deeply into the matter.”  And I am applying this indictment, if you will, to many though not all Messianic Jews and Christians and how they deal with arguments about Jewish Torah obedience.

But my readers might rise up and protest that I am pretending to be some sort of mind reader here, blithely attributing motives and psychological responses to my Messianic Jewish and also Christian interlocutors. But I have further evidence

As we all know,during this initial encounter at Sinai God speaks to Moses and commissions him to go back to Egypt and to lead the people of Israel out of Egypt that they might serve Him in the wilderness on their way to the Land God has promised the patriarchs and matriarchs. We see here a second way people seek to avoid what makes them uncomfortable. Moses offers five excuses:

These are some of the ways many people avoid dealing with matters about which they have “an approach-avoidance conflict"—which Merriam-Webter’s Dictionary defines as “the psychological conflict that results when a goal is both desirable and undesirable.”  Precisely. People may want to know more about the priority of Torah observance for Messianic Jews, but they sense that the implications are inconvenient and “undesirable.”  So like Moses, some people, perhaps many people, bob and weave.

My second point therefore, distilled from these five evasions by Moses, “To prevent themselves having to look more deeply at things that may have initially aroused their curiosity but which frighten them, people will often claim inadequacy or seek to delay or transfer to others the responsibility of engagement.”

Well, enough of my attribution of motives and devices to others, rightly or wrongly. What answer to I have to the question people ask me, ““Well, what is that observance going to look like?”  Moses has an answer for that one too. Actually, it is HaShem who does, in this early encounter with Moses, our Teacher.

HaShem gives us our answer in responding to Moses’ first objection. When Moses asks, “Who am I, that I should go to Pharaoh and lead the people of Isra’el out of Egypt?” HaShem replies,  “I will surely be with you. Your sign that I have sent you will be that when you have led the people out of Egypt, you will worship God on this mountain” [3:12].  We ought not to miss the meat of this encounter: it is only after we have been gone through what we have been called to that we will know the answers we seek. Almost all the people I know want to have everything explained to them before they commit. But frequently the Bible insists otherwise.  Here is a beautiful example: “How will you know that I have sent you? After you go back to Egypt, confront Pharaoh, win the confidence of the Hebrews, go through the ten plagues and escape through the Red Sea, I’ll meet you back here.”  Yeah, thanks!

The Bible illustrates this refrain time and again. God called Abram to go out to a land that he would show him, without telling him where he was going. Here again: the commitment comes first, the information comes later.  And not only is this taught by example in the various narratives of the Bible, it is also taught by precept more than once. Jeremiah says it best, “You will seek me and find me, when you seek me with all your heart” [Jer 29:13].

Therefore, My third point is this: The Messianic Movement cannot find out what this kind of obedience will look like until after they are utterly committed to the priority of obeying.  Once our leaders and our movement feel this as a holy imperative that must be honored, then and only then will we discover what it must look like, not before. It doesn’t work that way, and it never has.

In an article I wrote for the Caspari Center in Jeruslem, I wrote some guidelines for moving forward in this.

Let me add of course that our Torah obedience as Messianic Jews will bear the imprint of our encounter with and submission to Yeshua our Messiah, and the scriptures of the Newer Covenant. But these must not be seen through supersessionist glasses, as if our encounter with Messiah replaces or obliterates our relationship with Torah. As I have been demonstrating in recent weeks, the Bible does not teach that!

May HaShem renew our days as of old.

Material at end of article  from Stuart Dauermann,  “Jewish Believers in Yeshua and Halachic Torah Observance: Whether, What, and How?” in Jakob W. Nielsen and Knut H. Hoyland, Editors. Chosen to Follow: Jewish Believers through History and Today. [Jerusalem, Israel: The Caspari Center For Jewish And Biblical Studies], 2013.

5 comments on “Lessons from Sinai For The Messianic Jewish Movement”

Previous Post
« The Risen Messiah and Israel's Return to Torah

Next Post
In Defense of All This Jewish Stuff »