Lessons from a Jewish Family "Preunion" 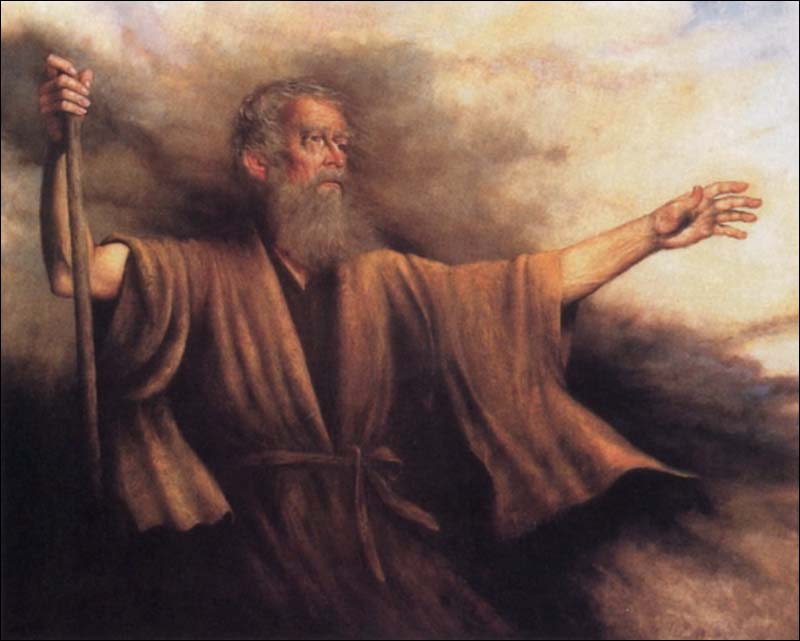 The folowing is a D'var Torah, a sermon, I will be preaching on Shabbat Nitzavim-Vayelech, September 20, 2014, at Ahavat Zion Messianic Synagogue, Beverly Hills, California. Interestingly, part of this passage, Deut 29:10-30:20, was read in synagogues all over the world the day after I was born, too many years ago 🙂 It is good to be speaking on this, one of my favorite passages in Torah.

In recent months I have had the privilege of traveling to two congregations in two different states, and teaching extensively in each place. During my travels I have met two people from large families, one family of twelve children, the other of fourteen. In the case of the family of twelve, I was fascinated to learn that they had recently had a family reunion of the siblings, their children and their grandchildren. What a crowd that must have been? What a gathering.

In this week's parasha we see the children of Israel having something of a family reunion, in fact, it might be termed a family pre-union, because gathered there are not only the Jews who were then alive, in the shadow of their ancestors to whom God had made promises, and therefore both present and past Jews, but also gathered there are the future generations of Israel. This is a family PRE-UNION. And all of us who are Jews are in the family picture.

The purpose of the PREUNION is for God to remind us of our family obligations. Let’s read about this here.

a)     Torah is a gift—it is something which God gave to Israel for our obedient engagement.

c)     This responsibility applies not only to previous generations but to all Jews who would ever live—“those not here today.”

d)    It is a covenantal bond between the God of Israel and his people in fulfillment of promises made to our ancestors.

ii)    . . . we must remember that God chose us to give us the responsibility to obey Torah

a)     The Torah comes with sanctions—the curses attached to the covenant. These are the consequences that await us if we do not not obey the stipulations of Torah but who instead opt for other options.

i)      It is too simplistic to restrict these other options to other religions-it is more than that.

iii)   The gift of Torah, the responsibility of Torah, comes with sanctions, that is, penalties for non-compliance.

iv)   This is the risk of Torah. If you want the gift, this is the price you pay for shipping.

b)    This is not about perfect performance—it is about faithful performance. What God looks for is faithful responsiveness to his Torah

a)     Moses predicts that in the latter days, which is now, when all these things befall us — “the blessing and the curse that I have set before you” — that the Jewish people will take these blessings and curses to heart amidst the various nations to which the Lord your God has banished us. The key to remember here is that we would take these things to heart—that we would do a costs benefits analysis of what disobedience and indifference to Torah has cost us, and what we stand to gain from walking in obedience to God.

b)    This means that the Jewish people will experience peril in exile, and realize it is connected somehow with our disobedience to God.. This reality is coming upon us again even now. Although our people have sought to be comfortable in exile, repeatedly we get reminded that it is not safe out there.

i)      This was certainly the case with the Shoah

iii)   The mold of anti-Judaism and anti-Semitism remains and under the right conditions, revives with its noxious stink and toxic effects. We are seeing this mold revive in Europe, in Australia, and here in America.

c)     In addition departure from God’s Torah brings negative results for our character and that of our children and their children.

4)    The Return to Torah obedience observable among those who have truly repented (30:2)

b)    Repentance is more than feeling bad—Rabbi Moshe ben Maimon, also known as the Rambam, perhaps the greatest

of the Jewish theologians, describes repentance in this way:

ii)    Removes them from his thoughts, resolving in his heart never to commit them again. See Isa 55:7.

v)    He must verbally confess and state those matters which he resolved in his heart concerning the sins being confessed.

vi)   He must turn back to the right way having confessed having strayed into the wrong way.

d)    It is not just a question of “getting religious.” ALL Jews are religious:

i)      Some Jews are religious about their bank account, and their stock portfolio. As long as I have this, I shall not want.

iii)   Some Jews are religious about the Florida Gators, or the New York Yankees, or some other sports team

iv)   Some Jews are religious about sex—it’s all they need.

v)    Some Jews build their lives around protecting and preening themselves. That is their religion

vii)For some Jews, the Democrat Party is their religion, and Hillary Clinton is the last best hope of humanity

viii)         For some Jews their religion in their family

ix)   Whatever you build your life around, whatever it is upon which you base your security and hope, is your religion and all Jews are religious because we all build our lives around something.

e)     But at the end of days, Jews will return to serving God in the context of Torah—we will again embrace this holy responsibility.

i)      If departure from Torah is the measure of our sin, then it is difficult if not impossible to speak of a return to God apart from a return to obeying Torah.

a)     Returning to Torah is attended by spiritual, communal, and national renewal

7)    Returning to Torah is not only a responsibility, it is a meant to be a delight

a)    Delighting in pleasing the Beloved

8)    Returning to Torah is important because Torah provides Rungs of a ladder through which we can each and all distance ourselves from the uncleanness and indifference to God that is in world and draw near to God. If we are not going to return to Torah, how then, by what values and what guidelines are we going to conduct our lives? The Prophet Isaiah said it in unforgettable words: “And when they say to you, “Inquire of the mediums and the necromancers who chirp and mutter,” should not a people inquire of their God? Should they inquire of the dead on behalf of the living? To the teaching and to the testimony! If they will not speak according to this word, it is because they have no dawn (Isaiah 8:19-20 ESV)

As we go into the High Holy Days there are some questions we should ask and answer:

One of my favorite rabbis, Rabbi Avraham Weiss, reminds us of our responsibilities when he speaks the role that Kaddish plays in our service. He says that the opening words of the Kaddish can be understood, “May we do our share to magnify and sanctify God’s great Name in the world.” When the leader of the service recites Kaddish and the congregation responds, “Amen,” we declare our intention to partner with God to fulfill this mission to make His Oneness and Kingship a reality in all the world. The prayer is repeated over and over again in the full service and it is all about our assumption of this responsibility. (See Rabbi Weiss's book, Holistic Prayer: A Guide to Jewish Spirituality. This is not a book for neophytes but neither is it strictly the province of experts.  But it is a wonderful book about Jewish theology and prayer).

It should be obvious that we cannot partner with God in bringing his Kingship to reality in the world if we ourselves do not treat him as King.

The way we treat Him as King is by honoring the responsibilities of Torah. During this High Holy Day season, let us all repent, returning to the paths of Torah from which all of us have strayed. As Isaiah reminds us, all of us like sheep have gone astray, we have turned each one to his own way, but HaShem has laid on him (the Messiah) the iniquity of us all.”   We can only return to God to the degree that we are willing to deal with his messenger and his message. It is not enough to find forgiveness through the Messiah, because we are not forgiven so that we continue wandering away from the paths of Torah. Forgiveness enables us to return to those paths, and repentance is all about this return.

By all means let us seek that forgiveness during the High Holy Days. But let us not delude ourselves by failing to return to the paths from which we have strayed. It is time to return.

4 comments on “Lessons from a Jewish Family "Preunion"”

Next Post
Responding to Some Questions About Messianic Jews and Torah »