Karaism, Protestantism, and the Seductive Power of Messianic Jewish Purism 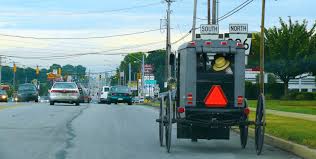 It occurred to me the other day that what I see developing around me could be termed a kind of Messianic Jewish Karaism. If you don’t know who the Karaites were, you need to know. Wikipedia has a nice article about them, and in part it says this:

The Only Karaite Synagogue in America. Daly City, California

Karaite Judaism or Karaism  יהדות קראית , meaning "Readers (of the Hebrew Scriptures)") is a Jewish movement characterized by the recognition of the Tanakh alone as its supreme legal authority in Halakha (Jewish religious law) and theology. It is distinct from mainstream Rabbinic Judaism, which considers the Oral Torah, as codified in the Talmud and subsequent works to be authoritative interpretations of the Torah. Karaites maintain that all of the divine commandments handed down to Moses by God were recorded in the written Torah without additional Oral Law or explanation. As a result, Karaite Jews do not accept as binding the written collections of the oral tradition in the Midrash or Talmud. When interpreting the Tanakh, Karaites strive to adhere to the plain or most obvious meaning ("peshat") of the text; this is not necessarily the literal meaning, but rather the meaning that would have been naturally understood by the ancient Israelites when the books of the Tanakh were first written. . . . Karaite Judaism holds every interpretation of the Tanakh to the same scrutiny regardless of its source, and teaches that it is the personal responsibility of every individual Jew to study the Torah, and ultimately decide for themselves its correct meaning.

Hallelujah? Or oy gevalt? I can say "Hallelujah" to the unique authority of the Bible and to the unique delight I have always had in studying it. There is nothing that compares. Yes. But yet, in some ways I opt for "Oy gevalt." But why?

First, purism, Karaism, such Messianic Jewish Protestantism is endlessly schismatic. Such groups split off, then split again and again as adherents pursue an idealized religious culture meeting their ever deepening standards of purist perfection. Look at the history of such groups and what you will see is the disruption and destruction of community in the name of doctrinal fidelity.

I remember once doing a concert at a Southern Baptist church somewhere, where, during the time when visitors were invited to introduce themselves,  a man stood up in the congregation from a new Independent Baptist Church in town. He spoke out and invited the people present to come to his church instead, “to hear the gospel really preached.” Such chutzpah. But he was a purist, looking for more purists, so that together they could form the purest church in town, which would certainly also suffer a split from those seeking greater purity somewhere down the line. Meanwhile, he was heedless that he was seeking to steal sheep from this Southern Baptist Church, disrupting community in the name of purity. I guess all's fair in love, war, and doctrinal earnestness.

Many years ago, theology professor Robert Webber stood up in the Chapel at Wheaton College on a Reformation Sunday and declared that the Reformation was one of the worst things to ever happen to the Church! I am sure hearts stopped beating at that moment. His reason? Because by breaking away, the Protestants began a process of fragmentation that continues to this day, 500 years later. He suggested, and he is not the only one, that it would have been far better for the Reformers to stay in the historic church and to be patient agents for change, to the degree that this continuing engagement was possible. Splitting off for the sake of greater purity? Driving a wedge into the block of communal cohesiveness results in a never-ending process of communal fragmentation. If you don't believe me, step back and look at Protestantism.  What hath Luther wrought?

Second,  such purist Karaites form small groups that tend to get smaller with the passage of time. There was a time when there were quite a few Karaites, but such groups tend to shrink, and this one did. This is because the less than truly pure need to be pruned away or just drop out, and the number of people who want to join a high demand purist group is by nature small. So while some are lost, it is difficult to add others. And where you have more subtraction than addition, you have a shrinking community. You don't believe me?  Think of the Amish. Everyone admires the Amish but who joins them?  And many fall away. Still the group remains pure, the purest of the pure.

Third those Messianic Jews who may be compared to Karaites and Purist Protestants deceive themselves, thinking they believe in the Bible and nothing else but, but of course this is not true. It is never true. None of us just believe the Bible. Instead we believe what we say about the Bible, what we have been told about the Bible, and the kinds of things our crowd approves being said about the Bible and what it says and means. Some of you don't believe me when I say this. Here: prove it to yourself. Ask a dyed in the wool Dispensationalist to look at the Bible apart from his Dispensationalist grid. He won't do so, because he doesn't simply believe the Bible: he believes his grid about the Bible. And so with just about any other group you could name. And that, my friends, is Oral Law, a big bugaboo for Karaites and purists. But Oral Law is inevitable whenever and wherever you have a community that discusses, "Now how are we going to do this?" While I do not validate some arguments in the Jewish community concerning the Oral Law's genesis, it is only rational to agree on its inevitability. It could not be otherwise. We must remember too that until the 15th century, manuscripts of sacred texts were rare. People did not carry around their BIbles, of course. Everything was oral!

Fourth, Karaites (and Protestants) developed their own Oral Law, their own traditions. It is inevitable because it is human. So just as in the Reformation the choice being made was to jettison the tradition of the Roman Catholic Church for other traditions and ways of doing things, so has the impact of this kind of purist Messianic jewish Protestantism/Karism been to jettison the tradition of the Jewish people for a tradition of one's own. But is this a good thing when it involves fragmenting and departing from the Jewish community and heritage in some manner?

So what's my solution? My solution is to pay attention to the four points I raised, and to do the following:

Or, you can form a nice, pure, schismatic group, even a group of one,  and play your role in the disassembling of the Jewish community. Some seem satisfied and think themselves anointed to do just that.

But I hope that's not you.

Nothing in this article should be taken as a form of name-calling and label-affixing.  I am here drawing a parallel with various historical streams, but people in the Messianic Jewish Movement may call themselves what they choose. I am not seeking to label them, but to draw parallels and to cast some light on the state of affairs.

3 comments on “Karaism, Protestantism, and the Seductive Power of Messianic Jewish Purism”

Previous Post
« On Saving A Soul and Losing a People

Next Post
Does an Emphasis on Torah Living Undermine Messianic Jewish Outreach? »