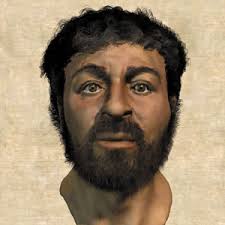 At Interfaithfulness, one of our commitments is Reconstructing Yeshua. This means discovering in a deep way who he claimed to be, and how his followers understood him and represented him to others, and then reconstructing our sense of who he is so that the Yeshua in our minds is as close as possible to who he was and who he and his apostles claimed him to be. Years ago, David H. Stern taught us to think about “Recovering the Jewishness of the Gospel.”  He did us all a favor. “Recovering” moves in the right direction, but it is focused in Yeshua and the Apostles and recovering their Jewishness and that of the message they preached. But we want to go a bit further, and in a sense, “mess with our heads,” or rather, tidy them up a bit—to bring our conceptual world into correspondence with a habitually avoided, misconstrued, or ignored reality. You might call our project Yeshua Rediscovered, except most of the people reading this never discovered him in the first place, and many have discovered a Jesus who is less, or other than the Yeshua who came that we might know him.  Everyone has a concept of who Yeshua was, and it is these concepts which need to be reexamined and reconstructed in keeping with the best information we have at our disposal. Of course, all of this matters only to those who care about actual reality instead of simply cocooning themselves enwrapped all comfy and warm in popular opinion and personal preference. Which will it be for you?

You could say that our agenda on this matter is three-fold: reexamining  what we think of when we think “Yeshua of Nazareth,” reconsidering whether those are really valid or only established opinions, and reconstructing Yeshua in our hearts, minds, and lives so that the Yeshua “in here” corresponds more closely to the Yeshua “out there.”

We are saying that old assumptions about Yeshua/Jesus are falling like just so many pins in a 300 game. And the bowling ball that is knocking them over is the consensus of recent scholarship.

For example, all of the following statements are widely believed, and have been shown to be false:

These statements are falase, despite their long gray beards.

If you find these proposals ridiculous to contemplate, read the blog postings here on Interfaithfulness beginning with December 16, 2013, as we considered the ground-breaking book by Daniel Boyarin, Professor of Talmudic Culture and Rhetoric at U.C. Berkeley, The Jewish Gospels: The Story of the Jewish Christ. Better yet, read the book, which is only about 160 pages long. It will turn you upside down, or rather, right side up, as it shows that all those hoary assumptions about Yeshua and the New Testament don’t hold any water, or any wine either.

So who cares, really?   What good can all of this do for us?  Much in every way!

Let’s talk about Jew/Gentile Intermarried couples. Often, despite the best intentions, one finds a distance between the Christian spouse and the Jewish spouse and between the members of their extended families. Often, this distance is based on an agreement to not discuss religion. Sometimes just the silence that exists is between two people who are just not discuss something significant. Perhaps there is nothing so silent as the silence between two people would’ve agreed not to discuss something.

It seems to me that the silence between such partners is based on the perception that Jesus and Jewishness are antithetical or even hostile to one another, and so it’s safest not to discuss things. But what kinds of new possibilities would open up if, in response to a large quantity of convincing scholarship, we reconstructed our concept of who Jesus is?  What if the Christian partner discovered that “his Jesus” is a lot more Jewish then he grew up thinking him to be?  And what if the Jewish partner discovered that her husband’s Jesus is not the enemy of the Jewish people and antithesis of the Jewish religion that she had always assumed him to be? Obviously, this raises all sorts of new possibilities for discussion and remakes that no-man's land separating them into a meeting place.

This is just one of the core issues we explore at Interfaithfulness—the new possibilities inherent in Jesus Reconsidered and Reconstructed. And we are not inventing a new Jesus, folks. We are bringing back the one long forgotten and renovating ourselves to accommodate him.

P.S. You can expect us to be reviewing others of the scholarly works about Jesus the Jew here at our blog in the coming year. Stay tuned!

Previous Post
« Daniel Boyarin Answers My Aunt, And Maybe Yours: Is Jesus a Goyishe Fraud?

Next Post
The Rabbi, The Scholar, and the Messiah: The Real Kosher Jesus [Part ONE] »