It's Not the Gentiles' Fault, But They Can Be Part of the Solution 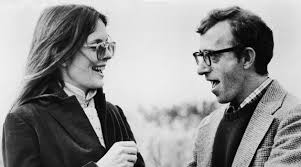 I have said it before, and need to say it again. If there is anything wrong with the Messianic Jewish Movement, blame should not be laid at the feet of the large numbers of gentiles who have joined the movement. Any problems we have are more likely due to a lack of clarity on leadership vision.  If the leaders of the movement had maintained greater clarity on why God raised up this movement they would have been more specific about community formation and purpose.  Nevertheless, even without this clarity, the movement has grown, and lots of hard work has been done for which credit must be given.  But much of that growth has been the product of market forces. The people who wanted what the movement offered, or what they thought it offered, have flooded in, determining its constituency and trajectory,  Most often, those people were not Jews at all, but gentiles. Many imagined the Messianic Movement to be a more biblical and therefore more faithful form of Yeshua-faith than could be found anywhere else. Gentiles joined the movement "to celebrate the feasts" or "to keep the law" (most often in various idiosyncratic ways).  Some were from sectarian groups which naively labeled the church as "apostate" because it does not "celebrate the feasts and keep the law."

Whatever the details in individual cases, increasingly those gentiles who have joined the movement have been driven by their own needs rather than by a desire to serve the purposes of God for the Jewish people. And this is not their fault. Who can blame someone for joining the movement to have their own needs met, especially when another purpose is not strongly held forth as a more appropriate alternative?

Someone should have told them, and strongly, "This is not what this movement is about," But what purposes was it meant to serve?

On a human level, the congregational movement was meant to be a place where Jewish believers in Jesus could raise their children to believe as they did while maintaining continuity with the Jewish people and ways of life, if not vigorously so, at least with some intentionality. They were also  zealous to see other Jews believe in Yeshua  as they had.  These are purposes "from below"--on the human plane But the purposes from above, from God's perspective, what were they?  Why did God raise up the Messianic Jewish Movement?

About 2600 years ago, the Prophet Ezekiel provided a helpful sketch of what Israel's  fullness looks like. Here is what he says in his chapter 37, verses 21-28:

These seven points constitute the proper core agenda for the Messianic Jewish Movement, which is meant to be a seed, a sign, a demonstration, and a catalyst of all of these separately and together.

They are not at fault. Someone should have told them at the door. Thankfully I have met some gentiles in the movement who "get" all of this and who really want to serve God's purposes for the Jewish people. Such people can be part of the solution.

I would suggest that the questions leaders of the movement should ask and answer now are, "What should we be doing now? What can we do? What will it cost in human sacrifice, and are we willing to pay the price? And how are we prepared to be a seed, a sign, a demonstration and a catalyst of God's consummating purposes for the Jewish people?"

Or should the movement just continue with things as they are?

These are hard questions. I will leave it to others to determine how important these questions are, and how they are to be answered.

2 comments on “It's Not the Gentiles' Fault, But They Can Be Part of the Solution”

Next Post
A Lesson from Habad and Natural Branches Outreach »