ISIS: Something Wicked This Way Comes 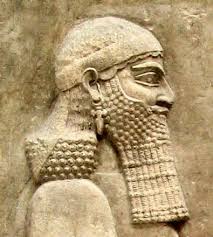 The gruesome carnage in Northern Iraq, with beheadings and other unspeakable acts of barbarity, is nothing new. Rather it marks the resurfacing of abominations that were common in that area before the region was called by that name, and at least a thousand years before Islam. Once upon a time, this was Assyria.

From its beginnings, Assyria was a warrior nation, bent on conquering and vanquishing all it encountered. After subjugating all of Mesopotamia, roughly, modern Iraq, lusting for more blood and booty, the Assyrian armies marched beyond their own borders to expand their empire, looking for plunder and resources to further expand their empire. By the mid-ninth century B.C., the Assyrian armies posed a direct threat to the Kingdoms of Israel and Judah.

If you will revisit the writings of the Prophets and the books of Kings and Chronicles you will meet the Assyrians. For example, it was they who took the Northern Kingdom of Israel off into captivity in 722 BCE. Here are Kings of Assyria whom you will meet in the pages of your Bible.

It is likely that very few of us remember these names. And I dare say very few know much about who the Assyrians were, and why they were both feared and despised. I urge you to read all about the Assyrians in the pages of the Book. You will understand better why Jonah didn't want to see them repent. . . and be forgiven.  This was the most barbaric nation in the history of the world.

To understand better the blood-lust of ISIS, we must go back over a thousand years before Islam, to what is known as the neo-Assyrian empire, the period from the ninth century to the end of the seventh century B.C.E. Today I want to give you a brief and gruesome picture of how they did war. Here you will meet the societal roots of ISIS.

The following descriptions are from a concise and pointed article, “Grisly Assyrian Record of Torture and Death,” by Erika Belibtreu, and found on line at http://faculty.uml.edu/ethan_Spanier/Teaching/documents/CP6.0AssyrianTorture.pdf  I strongly suggest you read it, but be prepared for gruesome descriptions.

Following are some of the ways the Assyrians conducted war, as recorded in their own annals and in the art work they left behind, and as reported on in this article.

Erica Belibtreu reminds us "the historical records of ancient Assyria consist of tablets, prisms and cylinders of clay and alabaster. They bear inscriptions in cuneiform—wedge-shaped impressions representing, for the most part, syllables. In addition, we have inscribed obelisks and stelae as well as inscriptions on stone slabs that lined the walls and covered the floors of Assyrian palaces and temples."

Here are some descriptions of carvings left by these kings, picturing how Assyria waged war.

Two Assyrian soldiers erect a stake with an impaled, naked man beside two others. The heads of these captured men of Lachish sag forward, suggesting that they are already dead. This detail comes from a series of reliefs, found at Nineveh, in which Sennacherib (704–681 B.C.) recorded the exploits of his invasion of Judah in 701 B.C. Lachish was among the 46 cities he conquered.

Here is more description of their barbarities:

The inscriptions and the pictorial evidence both provide detailed information regarding the Assyrian treatment of conquered peoples, their armies and their rulers. In his official royal inscriptions, Ashurnasirpal II calls himself the “trampler of all enemies … who defeated all his enemies [and] hung the corpses of his enemies on posts.” † The treatment of captured enemies often depended on their readiness to submit themselves to the will of the Assyrian king: “The nobles [and] elders of the city came out to me to save their lives. They seized my feet and said: ‘If it pleases you, kill! If it pleases you, spare! If it pleases you, do what you will!’”

In one case when a city resisted as long as possible instead of immediately submitting, Ashurnasirpal proudly records his punishment: “In a relief from Sennacherib’s palace at Nineveh, two scribes, standing side by side at right, record the number of the enemy slain in a campaign in southern Mesopotamia. Heads lie in a heap at their feet. The foreground scribe uses pen and ink on a leather scroll; the other scribe writes with a stylus on a hinged writing-board coated with wax.

“I felled 50 of their fighting men with the sword, burnt 200 captives from them, [and] defeated in a battle on the plain 332 troops. … With their blood I dyed the mountain red like red wool, [and] the rest of them the ravines [and] torrents of the mountain swallowed. I carried off captives [and] possessions from them. I cut off the heads of their fighters [and] built [therewith] a tower before their city. I burnt their adolescent boys [and] girls.”

“In strife and conflict I besieged [and] conquered the city. I felled 3,000 of their fighting men with the sword … I captured many troops alive: I cut off of some their arms [and] hands; I cut off of others their noses, ears, [and] extremities. I gouged out the eyes of many troops. I made one pile of the living [and] one of heads. I hung their heads on trees around the city.”

From the reign of Shalmaneser III, Ashurnasirpal II’s son, we also have some bronze bands that decorated a massive pair of wooden gates of a temple (and possibly a palace) at Balawat, near modern Mosul. These bronze bands display unusually fine examples of bronze repoussé (a relief created by hammering on the opposite side). In a detail, we see an Assyrian soldier grasping the hand and arm of a captured enemy whose other hand and both feet have already been cut off. Dismembered hands and feet fly through the scene. Severed enemy heads hang from the conquered city’s walls. Another captive is impaled on a stake, his hands and feet already having been cut off. In another detail, we see three stakes, each driven through eight severed heads, set up outside the conquered city. A third detail shows a row of impaled captives lined up on stakes set up on a hill outside the captured city. In an inscription from Shalmaneser III’s father, Ashurnasirpal II, the latter tells us, “I captured soldiers alive [and] erected [them] on stakes before their cities.”

There is more that could be said, but the evidence so far is sufficient. I want to close with a few words by way of application:

3 comments on “ISIS: Something Wicked This Way Comes”

Previous Post
« More Thoughts on the Movement to Boycott, Divest From, and Sanction Israel (The BDS Movement)