Intermarriage: The No No That is Now Now 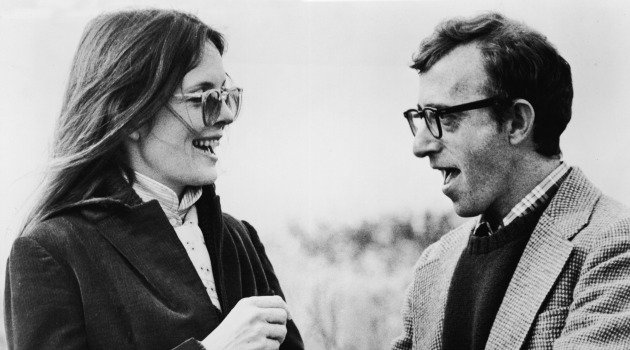 Last week I promised you an entirely new topic stream. Here it is . . . Intermarriage.

I am a Jew who believes that my people are a covenantal people with inborn responsibilities. Although these responsibilities are neglected and ignored they cannot be avoided. By this I mean that we are accountable for what we do with those responsibilities whether we like it or not, and whether we know it or not. In a blog some time ago I wrote about Moses' review of Israel's covenant obligations on the Plains of Moab, shortly before his death and their entry into the Land of Promise. I focus here on Deuteronomy 29:10-15 which states:

“You are standing today all of you before the Lord your God: the heads of your tribes, your elders, and your officers, all the men of Israel,your little ones, your wives, and the sojourner who is in your camp, fromthe one who chops your wood to the one who draws your water, so that you may enter into the sworn covenant of the Lord your God, which theLord your God is making with you today, that he may establish you today as his people, and that he may be your God, as he promised you, and as he swore to your fathers, to Abraham, to Isaac, and to Jacob. It is not with you alone that I am making this sworn covenant, but with whoever is standing here with us today before the Lord our God, and with whoever is not here with us today.

And here is what I wrote about this passage, which I still believe:

This passage includes the most detailed social breakdown of the Jewish community found anywhere in the Bible. All strata of the people of Israel are named and accounted for.  In this passage, the entire people of Israel, so named and categorized, enter into a renewal of the Sinai covenant.  And yet, Moshe Rabbenu says, It is not with you alone that I am making this sworn covenant, but with whoever is standing here with us today before the Lord our God, and with whoever is not here with us today."  Who is it that is not there with them that day?  All commentators, Jewish and Christian, agree:  it is the future generations of the people of Israel, including ourselves.

All Jewish people are included in the covenant HaShem made with our ancestors at Moab.   All of our ancestors, all of us, all of our descendants.   To consider oneself exempt is to court disaster, for to separate oneself from membership in the people of Israel is to separate oneself from the covenants of promise.  Paul speaks in these terms when he reminds the Ephesians of their pre-Yeshua status: “at that time had no Messiah. You were estranged from the national life of Isra'el. You were foreigners to the covenants embodying God's promise. You were in this world without hope and without God.”  They were not only separated from God and from the covenants, they were separated from the people of God.  Clearly, our repentance and our spiritual health involves not only a right relationship to God and his covenants:  it also includes our solidarity with His people, Israel.

In chapter thirty of our passage today, we see how repentance requires a return to a sense of collective identity and collective responsibility and brings with it return to the Land, prosperity, spiritual renewal, protection from one's enemies.  This return is not simply something subjective [feeling bad, crying tears,] but a return to living by His commandments resulting in spiritual benefits and prosperity under HaShem (see D’varim/Deut. 30:1-10).

Any Jew who claims to care about Jewish life, about the God of Israel, and about Jewish communal continuity needs to view these commitments as written not merely in stone, or on the calfskin or parchment of a Torah scroll, but on the tablets of our own hearts and lives.

But I will not. One reason is this: some very good and caring people are intermarried, and it is unjust to treat them as pariahs. Another reason that is always a bad idea to confuse what should be with what is. Intermarriage is a fact of modern life. And the recent much ballyhooed study by the Pew Research Center reveals that intermarriage is increasingly a fact of life. Read this

We at Interfaithfulness  have many fish to fry, and many publics to serve. Our mission statement says we are committed to "Building Bridges Where History Builds Walls."  And of course, we do so as Messianic Jews committed to a covenantally responsible vision of Messianic Judaism.

One of the publics whom we serve are intermarrieds and their families of origin. There are others who seek to do so as well. But we differ from most other groups in that we challenge intermarrieds to ask and answer a demanding question which may be stated this way:  Considering our life situation, what would it mean for us to pursue and serve the purposes of God?

The Pew Research study also revealed that Jews are secularizing in record numbers, leaving behind religious commitment and religious self-definitions.  The statistics are daunting.

With such statistics staring us in the face, it would be easy to capitulate to secularization. It would also be easy to gather together with those who share our covenantal commitments and write off the others as simply a tragic loss.

Here at Interfaithfulness, we favor a different approach . . .  calling all people, including intermarrieds, to covenantal fidelity, even when societal tides and familial realties seem to mitigate against it.

Intermarrieds have enough people around them prepared to cluck their tongues in dismay disapproving of their choices.  We prefer to stand with them to help them with the problems and tension that inevitably arise in such family constellations, and to assist them as needed in discovering good ways to move forward in their life together--seeking and serving the purposes of God.

2 comments on “Intermarriage: The No No That is Now Now”

Next Post
Offering Religion to a Secularizing and Intermarrying Public: A Hopeless Cause? »