Help Toward Discovering Prayer, God, and Perhaps Yourself 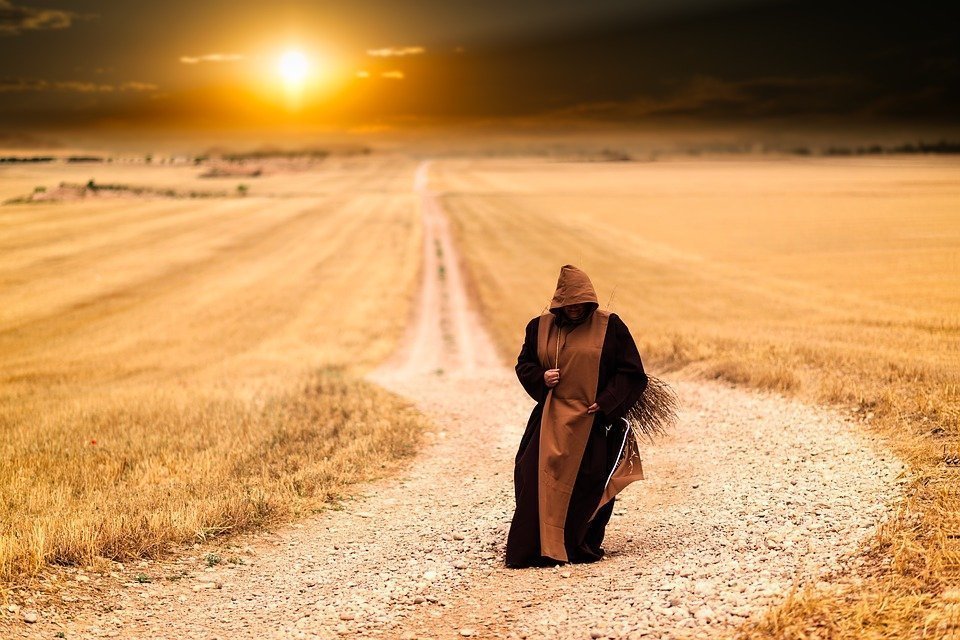 Here at Interfaithfulness, we help people navigate the intersection of the Christian and Jewish worlds. Often this means handling frayed or even broken relationships, building or repairing bridges, and as we say in our Friends and Family Workshops, Making Peace, Bringing Peace, and Being Peace in all of these contexts.

In dealing with such matters, it is vital to grow in one's life of prayer. The following post is excerpted from a mentoring lesson crafted for some young leaders. In it I seek to provide guidance for a more rewarding and effective prayer life. While the posting deals only with extemporaneous prayer, I also teach about and practice other forms of prayer such as liturgical prayer, also vital for the communities I serve. Yet that is not the concern in this post, where extemporaneous prayer is in view.

Too often praying becomes formalistic, lifeless, and perfunctory. This is a special danger for religious professionals.

This is not because we are bad people, but because we may perhaps have been poorly instructed, likely uninstructed, and often short on experiencing prayer as any sort of life line and as a meeting place with a God whom we can and should experience.

Such dryness and formality was certainly the case for me most of the time through my fifty-three years as a believer, ninety percent of that time a religious professional. For the most part, when I prayed it was in times of crisis or of guilt, or as a formalistic appendage to a ministry situation---before teaching a group, giving a sermon, or visiting with someone.  But I did not experience prayer as a lifeline. Do you?

Happily, there will be times when we experience renewal, when something clicks, when God breathes the wind of His Spirit into our sails and we learn about prayer in a different way. This was certainly the case for me in the mid 1980's and early 90's. I had some serious breakthroughs in prayer due to troubles in my own life and in the lives of others. In the former case, I needed to ask God for help due to long term depression and the knowledge that my life was full of contradictions, and in the latter case, God brought me into prayer ministry to others, being part of a small team of people providing prayer support for someone in crisis. In the first instance, while in Israel, I felt a gentle urge to contact some friends in NYC, who, it turned out, had been praying for me for a year. That situation told me that not only had they heard from God, but so had I: and this was a new thought--that one could hear from God. In the latter case, praying for a friend who was going through treatment to integrate her personality having suffered from what was then called Multiple Personality Disorder, now called Disassociative Disorder. In that context I received leading from God about someone else's life that proved to be strategic and utterly supernatural. But this came in a time of praying with and for them, a time when I was seeking to be an instrument of God’s mercy to her, and a time when I was giving God my full attention. When such things happen, there is no telling what God will do.

In both of these situations I was learning about the immanence of the transcendent God--that God is truly near to the broken hearted, to all who call upon Him in truth. What had been Bible verses was now my experience.

About two years ago, for reasons and by mechanisms I cannot now identify, God began quickening me in prayer taking me to a place I had never been, where I am now, seeing prayer as the oxygen I breathe in sustaining my connectedness to God in Messiah. I ran across and read an excellent book, "The Praying Life," by Paul Miller, which was very human and compelling. The best thing the book did for me was it got me praying. At first I was praying for my children and my wife, but that has widened to praying for various people I know who are suffering, and therefore, intercession, and also prayer for life situations where I need God's guidance and which need his touch.

I do my best praying while walking, taking a prayer walk, usually for about an hour, and most often at night, near my home. I find I must pray for the concerns I mentioned because to leave them un-prayed feels like inexcusable cold-hearted negligence.

Here I would like to share some of the lessons I am learning, realities that have transformed prayer from being a duty into its being a lifeline for me.  I offer these in no particular order.

First, we limit our understanding of prayer if we see it only as something we do toward God. It is that, but if we limit our understanding to this aspect of praying we will most certainly miss out on the vitality of prayer because prayer is something we do "with God." Paul touches on this when he writes, "the Spirit helps us in our weakness. For we do not know what to pray for as we ought, but the Spirit himself intercedes for us with groanings too deep for words.” - Romans 8:26. It is for this reason that my times of prayer are constantly interleaved with pleas to God to help me to pray.

Second, we would do well to go to prayer even when we feel dry, when we don't know what to say, when we sense that there are big things we need to talk with Him about, things too big for us.  Regardless of how motivated we might or might not feel, in the time and place of prayer, we encounter God. Yes, we do. Prayer should not be based on feelings. Even when we feel nothing, when we go to prayer we often discover that God will gently fill our sails with the wind of His Spirit. We, who felt becalmed before, disinclined to bother praying, will now find ourselves moving, at first imperceptibly and then with greater momentum, guided along, making discoveries, and making progress.  Just as our feelings do not determine when the wind blows, so with the Spirit: the Spirit can and indeed does work in us even when our feelings are dry and motionless.

Third, prayer is not like ordering food from a favorite restaurant. It is not a shopping list experience. Perhaps more than anything, it is a time of discussion and consideration with and in the presence of God. Times of prayer are often times of weighing options, making decisions, getting clarification. We find this to be so with Yeshua as for example in Luke 4. He had a very busy day of ministry that continued into the night, and we read “After sunset, all those who had people sick with various diseases brought them to Yeshua, and he put his hands on each one of them and healed them; 41 also demons came out of many, crying, “You are the Son of God!” But, rebuking them, he did not permit them to say that they knew he was the Messiah.” The text continues and tells us, “When day had come, he left and went away to a lonely spot. The people looked for him, came to him and would have kept him from leaving them. But he said to them, “I must announce the Good News of the Kingdom of God to the other towns too — this is why I was sent.” He also spent time preaching in the synagogues of Y’hudah.” Here the people were most needy, they crowds were gathering, and wanted to keep him from leaving. And where did he gain the perspective and resolve to honor a wider priority amidst such pressures: he gained that perspective, that clarity through a time of prayer.

Again, in Luke 6, we read, “Yeshua went out to the hill country to pray, and all night he continued in prayer to God.  When day came, he called his talmidim and chose from among them twelve to be known as emissaries (apostles).” What had be been doing during that night in prayer? He was gaining clarity on who he should choose—he was decision-making.

The same will be true for us. When we pray, through the interaction of our spirits, God’s Spirit, his Word, and our own considerations, our viewpoints and priorities are shaped and clarified. And again, this is because we do not go into prayer alone: the Spirit is there to help us, every step of the way.

Fourth, a reason God ordains prayer is that it strengthens our relationship with him when we come to him and plead with him on the basis of his character and his promises. He wants us to grow in knowing him, developing an intimate sense of his character and dependability. Our concept of these aspects grown in the crucible of prayer.

Fifth, a reason God wants us to pray, and even to multiply the number of people who are praying with us is that when he does move in the situation, those who have been praying will have occasion to glorify him/to praise him. There is something right and holy that we should glorify and praise God. All the heavenly hosts do so constantly. This may seem boring or narcissistic to us, but this is because we have such a paltry view of God. Nevertheless, God wants us to pray because it creates an occasion for him to glorify himself, and for us to praise him.

Pray. Not as a duty. Pray as if your spiritual life and God’s blessing on the people and projects that matter to you depended upon it. In some ways, they do.

Next Post
The Missing Link, New York City, and The Risen Messiah »