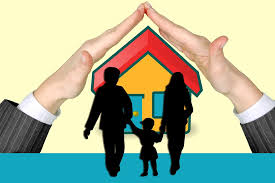 One of our projects at Interfaithfulness is the HaB’er Havurah Network which plants and tends healthy havurah/house church hybrids. But for a group to be healthy, it needs a good start. The Seven F’s Foundations are components that must be considered in starting a healthy home group that will well-serve its people and the purposes of God.

A viable HaB’er Havurah is one that multiplies. From the Creation account, God’s promises to the patriarchs and matriarchs of Israel, the account at the beginning of Exodus telling how the Hebrews multiplied and grew strong in Egypt, and the story of the growth of the early Yeshua movement in Acts, we can see that multiplication is a sign of health and blessing, Groups that don’t increase and multiply are spiritually dead or at least not well. A viable havurah expands and reproduces itself. For this reason, it is helpful if the core teachings of the havurah (or home group, or house church) find expression in a memorable, and therefore, transferrable way. Hence, the Seven F's Foundations, naming seven core factors of healthy group formation. In no particular order these factors are: Food, Fun, Faith, Folks, Formulas, Findable, and Funding.

FOOD - Every viable havurah must include food at its gatherings, which one authority whimsically referred to as “meatings.” Food does not necessarily mean a full meal. But people’s entire way of relating to each other changes for the better when they eat together. These havurot must include food. And often this food will be on a pot luck basis.

FUN - This does not mean silliness or games. But every havurah meeting must be evaluated as “enjoyable” but those who attend. If people have not enjoyed themselves, why should they return? In part, enjoyment has to do with the “vibes.” It is best then for havurot to have hospitable hosts who like having people over, and not control-freaks who opened their home out of duty but make you feel like dust on the coffee table of their life!  And yes, well done music will certainly enhance the enjoyability of the occasion.

FAITH - A HaB’er Havurah does not and should not exist simply for fun. Rather, one of its non-negotiable goals is advancing what the Bible calls “the obedience of faith.” “Faith” is not just inner ideas and convictions: faith is what motivates and structures action. Yeshua told his talmidim (disciples) to into all the world and to teach people to do whatever he had commanded them. Faith is transformative: it leads to doing. People should go forth from our havurot motivated and equipped for doing—for redemptive action.

FOLKS -You can’t have a havurah meeting without folks, but the folks you choose will determine what kinds of questions, discussions, community. and results you will have. Also, we have learned that people tend to reproduce after their own kind: the kinds of people you have will determine the kinds of people you will then get. Since our network is called especially to serve Jewish and intermarried people and households, these are the kinds of people whom we choose to “seed” our havurot, because “what you see now is what you will later get.” And please, make sure the only marginalized weirdo in the room is you!

FORMULAS - While being too formulaic can be stultifying, having a free-wheeling “anything goes” atmosphere has its own problems. In addition, we intend for our havurot to reproduce themselves and for our havurah members to assist others in starting up similar groups. In order to do that, it pays to have standard operating procedures, and core principles and processes to pass on. We call these Operating Principles and Operational Procedures which might be termed “formulas.” This Seven F’s Foundations document is itself a formula—a transferrable concept we can easily teach to someone else, which they can teach others, and which serves to replicate our organizational DNA.

FINDABLE - They say in the retail word that it’s all about “location, location, location.” That’s true here too. If the site of a havurah is so remote that it is difficult for participants to find it or travel to it, of course this will inhibit participation and growth. Many havurot will rotate their meetings from member home to member home. But still, be attentive to matters of location, to how people, especially new people, will go about finding your havurah.

FUNDING - Money is always a factor, and the good news about havurot is that expenses are low and always manageable. The chief local expense is food, and that expense is shared among group members so as to not work a hardship on anyone. There are some other manageable expenses too. There are membership fees for being part of the HaB’er Havurah Network and for receiving the kinds of materials and support services we provide. Also of course, when special events (we call them “Four C’s Events”) are held, there are expenses connected with participating in these enriching and specially organized occasions. Again, Havurot and participation in the HaB’er Havurah Network is a low-cost affair. The funding is totally manageable.

If you want to find out more about the HaB'er Havurah Network, write me at stuart@interfaithfulness.org  In your subject line write "HaB'er Info."

Tell us something about yourself when you write!

Previous Post
« We Are Family! But It Ain't Easy!

Next Post
A Review of a Book Leaning Toward A Revolution: Steve Addison's "What Jesus Started: Joining the Movement Changing the World" »